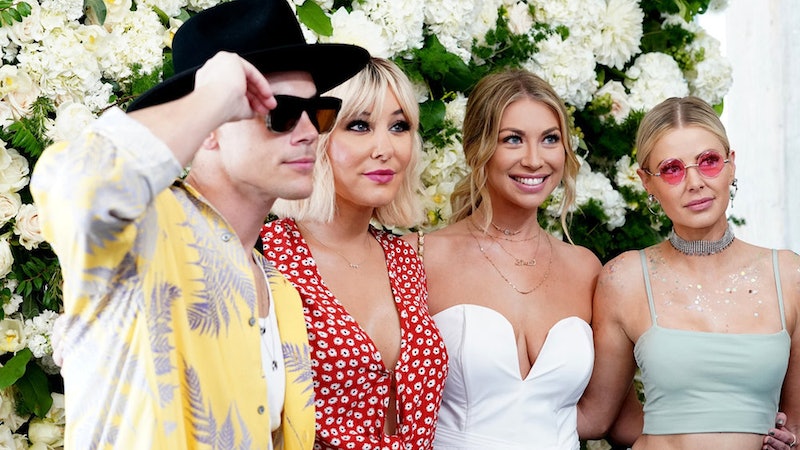 If you're a fan of all things reality TV, then Real Housewives spin-off Vanderpump Rules is absolutely the show for you. The series follows the lives of employees at SUR — a restaurant in West Hollywood owned by the queen of Beverly Hills herself, Lisa Vanderpump. Each episode captures the employees as they embark on building their own fut§ures, and as they deal with never-ending workplace dramas. So, if for some reason you haven't seen this incredible series already, here's how to watch Vanderpump Rules in the UK.

In the newest series of Vanderpump Rules, fans can look forward to Brittany Cartwright and Jax Taylor's engagement, the grand opening of Lisa's newest bar (Tom Tom, named after Tom Sandoval and Tom Schwartz), high levels of drama, and, of course, plenty of alcohol (Fireball shots, anyone?).

Lisa Vanderpump has previously revealed some juicy details about the seventh season. In an interview with the Daily Mail, the reality star said: "It's naughty, it's fun. I mean it's Vanderpump Rules. It's not Little House on the Prairie, you know." Vanderpump then went on to reveal what viewers can expect from the Pump Rules cast this time around:

"I do think there are kind of deeper issues this season where you see some of [the cast] struggle to grow up and you see, it's quite emotional this season, because a couple of the cast had some personal issues that were pretty sad."

The British reality star then went on to say: "You know there's some shocking moments where I'm like 'oh, no.' You never quite know which direction we're going in, you know, it's a very fast ride."

In addition to keeping himself busy with the opening of his namesake bar, Tom Sandoval has also revealed his best-man plans for Cartwright and Taylor's upcoming wedding. Speaking to celebrity blog Hollywood Life at the 2018 iHeart Radio Jingle Ball concert in Los Angeles, the 35 year old said: "I’m a great best man on a wedding day, I always come prepared whether it’s fans or umbrellas for the sun." Sandoval continued to share his thoughts on what makes the perfect best man. He said: "Be creative, be receptive, listen to what he wants. Be a good friend and supportive and make it the best time ever."

Sandoval also went on to reveal some minor details about Taylor's all-important bachelor party, which is sure to be just as crazy as Pump fans expect. "He’s thrown out some ideas so we’re still working on it," Sandoval said. "I want [Jax] to do what he wants to do and have a great time. I don’t think he’s 100 percent yet."