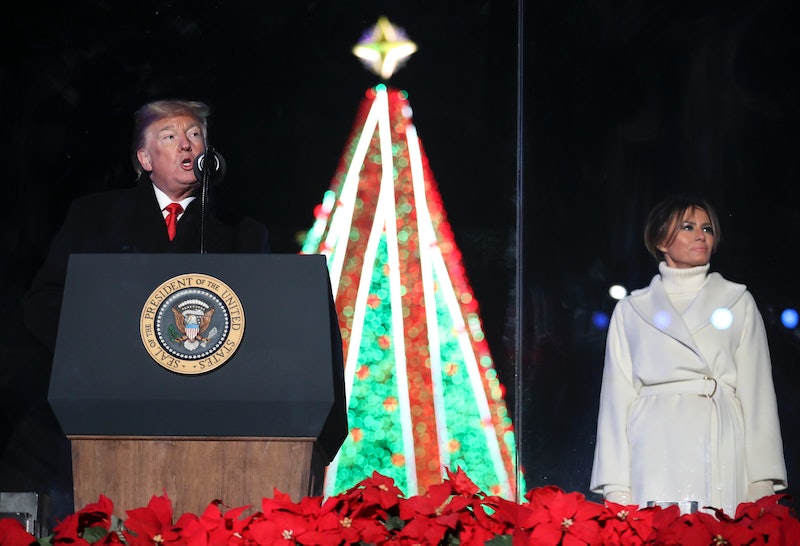 In 2017, President Trump spent the Christmas holiday holed up in his Mar-a-lago resort, spending time with his family and sending tweets. How Trump celebrated Christmas versus how Barack Obama did during his time in office is like night and day, and in more ways than one.

During his first Christmas as president, Obama visited a military base in Hawaii to greet Marines and wish them a happy holiday. He continued this tradition throughout his presidency, making visits to the Marines on Christmas Day every year when he was president. This year, Obama celebrated the holiday by dressing as Santa and handing out gifts at a children's hospital in Washington D.C.

Of course, Trump has only been president for a single Christmas, so it's not clear yet if there will be any trend to how he celebrates the holiday as commander-in-chief. But if last year is any indicator, he'll be taking a much different approach than his predecessor.

"People are proud to be saying Merry Christmas again," Trump tweeted on Christmas Eve. "I am proud to have led the charge against the assault of our cherished and beautiful phrase. MERRY CHRISTMAS!!!!!" It's unclear why Trump believed that there had been a shift in attitudes regarding the phrase "Merry Christmas," or why he credited himself with that supposed shift.

In fairness, there are some similarities in how Trump and Obama have spent Christmas. Both went on vacation — Obama visited the Marines while spending time in Hawaii — and although Trump didn't actually visit any troops during Christmas, he did take the time to call them on the phone. It's also worth noting that both of them participated in the National Christmas Tree Lighting Ceremony, although that takes place in November.

The Palm Beach Post reported earlier in December that this Trump, who frequently criticized Obama for spending too much time on vacation, plans on spending 16 days at Mar-a-lago for the holidays this year. If this happens, it will be longer than any other jaunt he's taken to his Florida resort as president, though not as long as the 17-day vacation he took at his New Jersey golf club in 2017. However, the newspaper later reported that the trip is now in question, as the government shutdown that Trump pushed for, should it come to fruition, may require him to stay in Washington over the holidays.