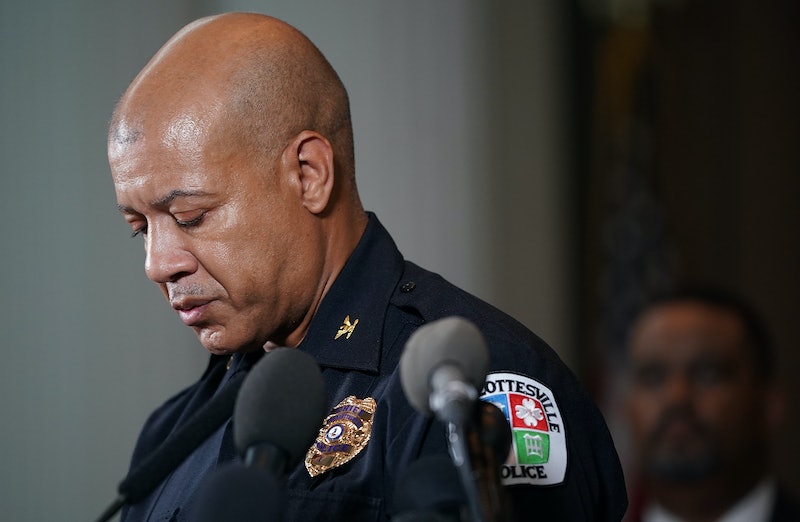 The events in Charlottesville, Virginia on Saturday have sent shockwaves through the nation, with vigils and memorials of varying sizes planned in cities all across the country. With far-right, white supremacist protesters met by anti-racist counter-protesters, events ultimately turned violent, with someone crashing a car into a crowd of the anti-racist demonstrators, killing one of them and reportedly injuring 19 more. It was a terrible day, one which spoke to unavoidable realities about racism and bigotry in American life. As such, here are several inspiring tweets from the #ThisIsNotUs hashtag.

In addition to the person slain in the car crash ― the police reportedly have the driver in custody ― two more people were killed in a helicopter crash miles from the demonstration. It's unclear to what extent, if any, the crash was related to the events that unfolded nearby.

While Saturday was harrowing and depressing, some of the denizens of social media were eager to voice their opposition to racism and white supremacy, their disdain for violence, and their hopes for a brighter tomorrow. Others are tweeting in opposition to the hashtag, accusing it of reflecting privilege and neglect for the longstanding histories of racism and genocide that are core to the founding of America.

Here are 17 examples from both sides of the coin.

5. Messages Of Love And Hope

6. What America Have You Been Living In

8. We Know You Are Watching

13. The Whole World Knows It

15. The Worst Hashtag Of The Week

On the whole, it seems like the divide was between people who wanted to express optimism (as well as distance themselves from the awfulness of the day's events) with people calling for a more honest, thorough, unvarnished look at how racism and white supremacy both founded and shaped the United States. And after the events of this weekend, it seems hard to argue with the latter perspective.