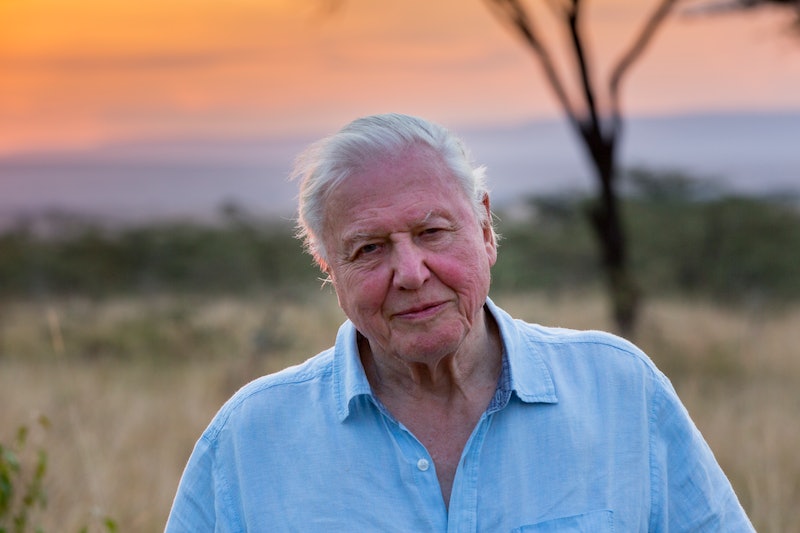 Sir David Attenborough's latest venture Our Planet will document the beauty and fragility of our natural would. The Netflix original series comes from the makers of the Blue Planet franchise, and will be Attenborough's first body of work to be featured on the streaming platform. The eight-episode documentary series was created in collaboration with the conservation charity World Wildlife Fund (WWF), but how was Our Planet filmed?

According to the World Wildlife Fund official website, Our Planet was filmed over four years, and the incredible footage was captured using the latest 4K camera technology. The series was filmed in fifty countries, spread over every continent — and filming took more than 3,500 days to complete, with legendary producers Alastair Fothergill and Keith Scholey at the helm. Over 600 crew members took part in the epic production, and according to Radio Times, filming focused on "the breadth of the diversity of habitats around the world, from the remote Arctic wilderness and mysterious deep oceans to the vast landscapes of Africa and diverse jungles of South America."

One scene, which was previewed in an exclusive for Earther, showed five cheetahs bringing down a wildebeest. According to the site, the scene was produced shooting from "a long distance in a jeep with a unique camera rig that allowed the shot to stay stable despite bouncing across the grassland." TV Insider reports that 67 camera operators were utilised in producing the footage, citing one example where camera drones were used to track blue whales while they hunted in the dark.

David Attenborough told Radio Times that the show also made use of "camera traps," which are unmanned devices, though Attenborough noted that using them "is more difficult than you might suppose.” One such successful use of remote cameras was when tracking Siberian tigers in Oman. “The extraordinary thing was that a male met up with a female right in front of one of these cameras and they mated," Scholey told the Irish Examiner. "It’s almost as if it had been all planned... they’re even in the right place in the frame!” The success of the remote camera was much needed, after attempts by human camera men to make the footage failed. As Scholey explained:

"We had two cameramen working for two winters, for six weeks in a hide, where the spent the whole time there and only came out on a Saturday for a few hours break. And neither of those guys got a single frame of a Siberian tiger."

Whilst speaking at the World Economic Forum back in January 2019, Attenborough discussed the benefits of putting the series on Netflix. He noted that the streaming platform's vast audience could help to promote issues such as nature conservation around the world.

As reported by the Telegraph, he explained:

"By putting it on Netflix it became possible overnight to reach 150m people, immediately. In the 1950s, television in Britain was seen by a few million people in southern England. Now it’s possible to put on a transmission and it’s seen worldwide by hundreds of millions of people, and will go on being seen. This picture of the world will be coming worldwide simultaneously on one particular date and remain there."

During an interview for BBC Science Focus Magazine, Sir David revealed his hopes that Our Planet will shed light on the importance of the natural world for the human race. According to the Express, the legendary broadcaster said:

Our planet will be released on Netflix on Friday, April 5, and all eight episodes will be made available at once on the day of release. According to NME, the full-length trailer was released on March 19, and in an official synopsis of the new series, Netflix claim that the show "takes viewers on an unprecedented journey through some of the world’s most precious natural habitats." The synopsis also states that viewers can look forward to "never-before-seen footage of wildlife and their habitats… from exotic jungles to the deepest seas."

In addition to Our Planet, Attenborough is also set to embark on yet another ambitious TV project later in 2019. According to the Metro, Sir David will front the upcoming BBC series One Planet, Seven Worlds, which will aim to "transport viewers to a single continent and tell the story of its spectacular wildlife and iconic landscapes."

Our Planet is available to stream on Netflix on Friday, April 5.