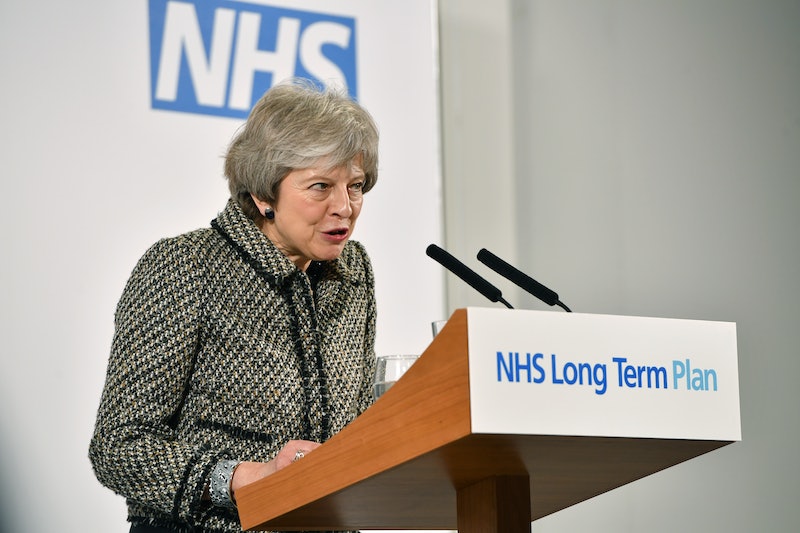 Let's face it: Brexit has turned into a bit of a shambles, with few of us understanding what is actually going on or what the end game is here. But when (or if) Brexit goes ahead, there will be a long list of questions about the UK's future, from house prices to shortages of certain imported items. But what about the NHS? Surely that's going to be impacted the most? I took a little look at some research to answer the question: how will Brexit impact the NHS?

First, let's begin by pointing out that the NHS was a big part of the Leave campaign's narrative. Leaders of the Leave campaign put forward the argument that leaving the EU would free up £350 million a week for the NHS, money that would usually be paid into the EU budget. This number was later challenged and controversy around its use continues to this day.

A survey by YouGov of 322 doctors and 707 nurses carried out between 2 and 10 October 2018 revealed that 83 percent of medical professionals now regard the "Brexit dividend" (ie. the money that would supposedly be "freed up" by leaving the EU) as a deliberate lie. The survey also revealed that NHS insiders had a pretty low opinion of how Brexit would impact their work as a whole, with 64 percent of those polled saying they thought the NHS would get worse after Brexit, and 57 percent believing that the overall quality of care provided by the NHS would go down.

But are these predictions realistic? In an article from January 2018, Elisabetta Zanon, director of the NHS European Office, which is a part of the NHS Confederation, gave a breakdown of how Brexit could impact the NHS.

The first issue Zanon raises is in terms of workforce. The question is: will leaving the EU affect the amount of staff the NHS has? "Traditionally, the NHS has been reliant on EU workers, with around 10 percent of our doctors and five percent of our nurses currently from the EU," explains Zanon. "Many NHS trusts are struggling to fill vacancies and Brexit risks exacerbating this problem." Zanon confirms that the results of the UK migration policy will determine exactly how the NHS will be affected, but that, no matter what happens, international recruitment will continue to be a necessity.

Next up is medicines. "If post-Brexit trading agreements make it harder to move materials and products around, then supply could be affected, with the risk of shortage of some products and of increased costs for the NHS," explains Zanon, also pointing out that, if we no longer have links to the European Medicines Agency (which regulates the approval of medicines to be placed on the EU market), this could have serious consequences, "as innovative treatments could become available later in the UK than in the EU market." As a country, we may also miss out on access to certain clinical trials going forward, too.

The UK may also be impacted in terms of the research we are able to carry out in order to modernise healthcare. "UK organisations are the largest beneficiary of EU health research funds in Europe, with €760 million in EU funding having supported research in the UK between 2007 and 2013," Zanon says. Leaving the EU could negatively impact these research funds, says Zanon, and could discourage some of the world's best clinicians from working with the UK.

At current, our country is also part of something called the European Centre for Disease Prevention and Control, which allows all EU countries to pool information and resources, and work together to find solutions to some of the world's biggest healthcare crises. Unfortunately, leaving the EU could also mean leaving this system, which "could lead to delays in communication around crisis management or divergence in standards and procedures between Europe and the UK, which would result in delays in action, with possible public health implications," Zanon says.

The University of Birmingham has also investigated the impact of Brexit on the NHS, and have stated that serious problems will occur if we end up with a "no deal." Leaving without a deal would mean UK citizens could no longer rely on their European Health Insurance Cards (EHIC), which "currently give access to free or reduced cost for necessary medical care in EU member states," according to Professor of Health Care Law of University of Birmingham, Professor Jean V. McHale.

Professor McHale continued: "The prospect of a no-deal, cliff-edge Brexit to an already cash-strapped NHS, desperately concerned with maximising resources and staff, is a very real concern – and the clock is ticking."