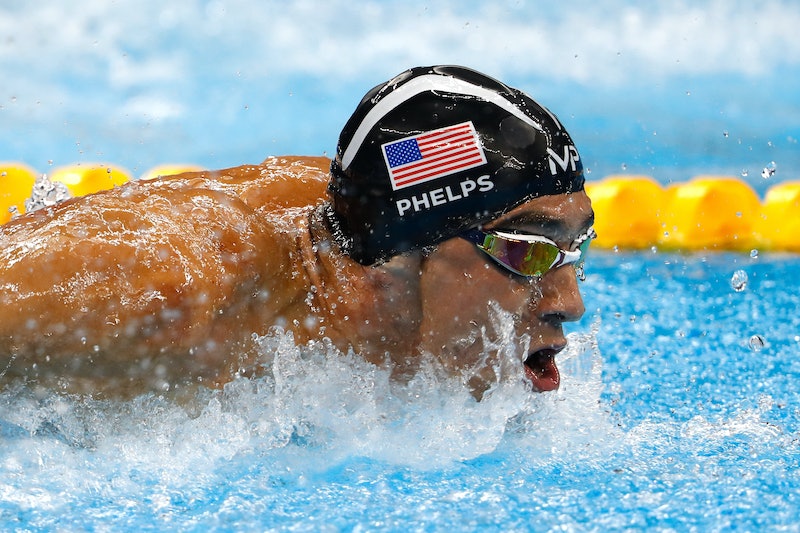 Hello and welcome to the year 2017, where I'm typing a sentence I never thought I'd write: How will Michael Phelps race a great white shark? You might be tempted to answer that surely he won't do it at all, since that sounds like the definition of hubris. And not the regular kind of hubris, either — the kind that can get you eaten. But the gold medalist is indeed taking on the predator, and the race will be televised as part of Discovery's Shark Week coverage.

The segment will be entitled "Great Gold vs. Great White," and will hit the airwaves in late July. Here's the blurb on the event that was released by the channel on Thursday:

"They are one of the fastest and most efficient predators on the planet: Sharks. He is our greatest champion to ever get in the water: Michael Phelps. 39 world records. 23 Olympic golds.

But he has one competition left to win. An event so monumental no one has ever attempted it before. The world’s most decorated athlete takes on the ocean’s most efficient predator: Phelps V Shark — the race is on!"

I gotta ask: Did Ryan Lochte put you up to this? This kind of daredevil stunt sounds way more up his alley than yours. But hey, early retirement does all sorts of things to a person's brain. And if you think you can beat a prehistoric predator that's roamed the oceans for 450 million years in a swimming race, then more power to you. Great whites predate the dinosaurs and have survived four of the world's five extinction events. But I'm sure they can be taken down by a collection of skin and bones stuffed into a Speedo.

Phelps hasn't provided specifics yet on how exactly he plans to accomplish this never-before-attempted feat. But he did post a photo to his Instagram that suggests a diving cage will be part of the equation. However, the caption only references being able to dive with great whites, not swim with them:

"I was able to do something that I had always wanted to do. Be in a cage and dive with great White sharks #bucketlist"

So there's no confirmation yet, but it does seem that a protective cage would be the easiest way to go about this. Of course, it would also make sense to do the races separately, so that there was no chance of any unintentional human vs. shark interactions. But I can't imagine that a race like that would be compelling enough to put on TV, so presumably Discovery has something else in mind.

I'm interested to find out what that might be, and crossing my fingers tightly that it doesn't involve a great white shark in an indoor swimming pool. I already have irrational nightmares about that, and they don't need any help coming true, thank you very much. But best of luck to you, Phelps. I hope you win the Olympic medal merit badge for survival, even if you don't win the actual race.