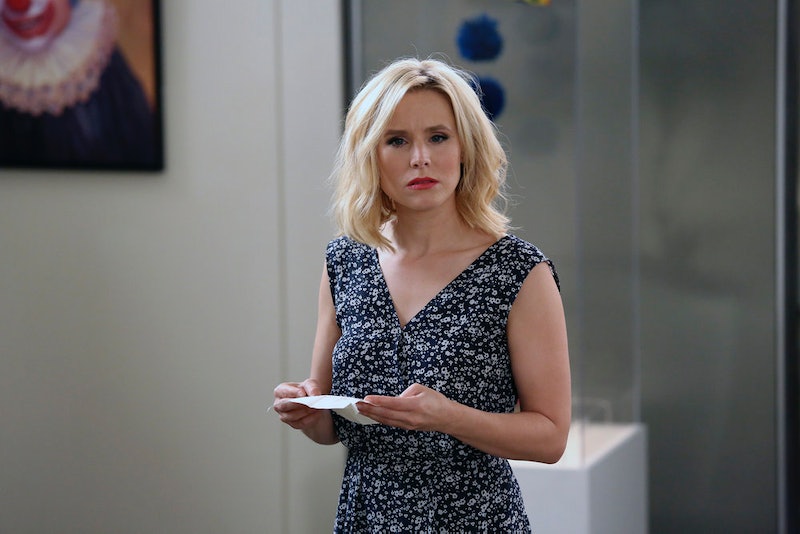 Warning: Spoilers for The Good Place Season 1 ahead. Last week, The Good Place pulled off one of the most flooring twist finales in recent memory. All season, Eleanor had worked through her inner moral turmoil to become a woman she believed was worthy of the good place. But when she, Tahani, Chidi, and Jason were forced to decide which two of them would be banished to the bad place, she had a sudden epiphany: they were already there. Their neighborhood wasn't an ethereal haven, but instead a nightmarish loop Michael had concocted in hopes of tricking them into torturing each other for 1000 years. Such a stunning curveball is commendable, for sure, but it also begs the question: How will The Good Place Season 2 work? UPDATE: According to The Hollywood Reporter, NBC has picked The Good Place up for a 13-episode second season.

Earlier: By the time the credits rolled in the last episode, Michael had erased the memories of Eleanor and co., convincing his boss to give him another shot at pulling off his diabolic scheme. Eleanor was quick enough to write herself a note reading "Find Chidi" and stuff it into Janet's mouth, but, when Janet returned it to her, she had no idea who Chidi was. So, if The Good Place gets a Season 2, it will likely go one of two ways: either they'll live out another cycle of Michael's sinister ploy, or they'll spend the season trying to piece together Eleanor's mysterious message.

To be honest, the first option is a little trite. Would fans really want to watch another variation of roughly the same narrative? Writers would have to pull off some cinematic sorcery to make that work. (Although, to be fair, The Good Place team has proved they've got creative gumption). But, realistically, the second choice would make for more compelling television. What that entails is pretty up in the air, but I assume Eleanor will track down Chidi and enlist his help to figure out what the fork is going on.

Hopefully, we'll also get some answers to the (eternally) burning questions that last cliffhanger left behind. What was real and what wasn't? Is there an actual good place? What about the medium place? Can Eleanor and Chidi just fall in love already? And, most importantly, what other trickery does Good Place have in store?

Without an official Season 2 confirmation, what will happen next is just a guessing game, but here's to hoping The Good Place will be back on screen soon.