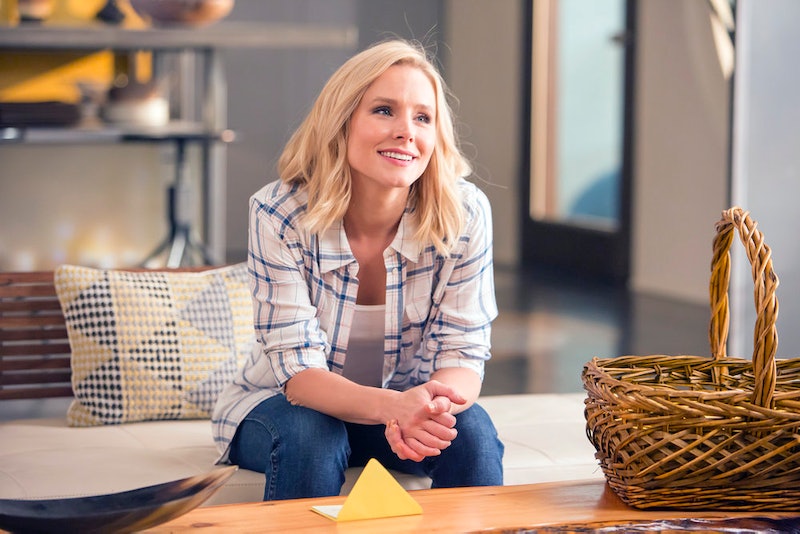 It feels like just yesterday that NBC's The Good Place returned from its midseason hiatus, doesn't it? So why is it already ending? Despite the fact that the second half of the comedy's freshman season just kicked off two weeks ago, the show is already wrapping things up this Thursday with a one-hour finale. Those two back-to-back episodes will bring the season's total to 13… which may give fans cause for concern? Why was the season so short? Why is it ending so early and so abruptly? Will The Good Place be renewed for Season 2? Or is NBC on the verge of cancelling it? UPDATE: According to The Hollywood Reporter, NBC has picked The Good Place up for a 13-episode second season.

Earlier: It used to be that practically every single show on broadcast television had seasons that consisted of a standard 22 episodes (consisting of an initial 13-episode order and a back-nine pickup if the show performed well). Lately, it's become more and more common for broadcast networks to commission dramas that run at more cable-like lengths, with seasons consisting of 10 or 13 episodes. But it's still remarkably rare for a broadcast sitcom to run for fewer than the 22-episode standard — which means many viewers will likely be taken aback when The Good Place ends its run this week.

But I'm your new best friend, because I'm here to tell you that you have absolutely nothing to worry about. The Good Place defies expectations of a broadcast comedy, since it is a heavily serialized show that was always intended to only run for 13 episodes. "When I pitched the show to NBC, I felt pretty strongly it was kind of a big swing, and everything was gonna be really heavily serialized," creator Michael Schur told TVLine last month during his show's hiatus. "It just felt like it made sense to keep that to a shorter season. And they very kindly and reasonably agreed with that."

In other words, NBC didn't decline to pick up The Good Place for that back-nine order through any fault of the show's ratings performance; it was always the intention that it run for only 13 episodes per season. And speaking of that ratings performance, The Good Place has been pulling in consistently solid numbers throughout its freshman season — so while NBC hasn't yet officially announced a renewal or cancellation decision, it's a safe bet to assume that the heavenly comedy will be returning in the Fall 2017 season.

That assumption is bolstered by the fact that NBC simply doesn't have many comedies on the air right now. In fact, it only has two: The Good Place and sophomore workplace sitcom Superstore. That's a dramatic decline from the network's heyday of Cheers, Friends, and Will & Grace, and even from more recent days when The Office and Parks And Recreation were still on the air. Both The Good Place and Superstore are performing well — both in the upper half of the network's programming in terms of average ratings, according to TVByTheNumbers — and The Good Place is the higher-rated of the two, earning an average rating of 1.31 compared to Superstore's 1.25.

It's unlikely that either of these shows are going anywhere while NBC's comedic offerings are so limited; TVByTheNumbers has them both ranked as "Likely To Be Renewed." But if one of them were to be cancelled for some odd reason, it probably wouldn't be the higher-rated freshman comedy that's likely less expensive since it airs fewer episodes per year. In other words, The Good Place is safe… and you can expect to return there this fall when the new TV season kicks off in September.

More like this
The 'Black Bird' Stars Are Both Heading Back To Apple TV+
By Brad Witter
Everything To Know About The HBO Max & Discovery+ Streaming Service Merger
By Brad Witter
An Ultimate Guide To The Music Of 'Rap Sh!t'
By Brad Witter
‘The White Lotus’ Is Coming Back For Season 2 This Fall
By Bustle Editors
Get Even More From Bustle — Sign Up For The Newsletter