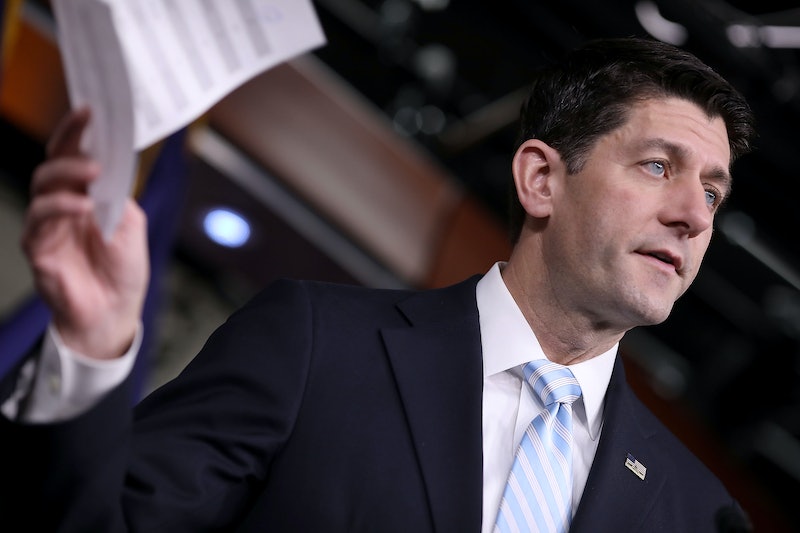 The Republican Party has been chomping at the bit for years to repeal the Affordable Care Act; now, with a Republican set to assume the presidency for the first time since the law was passed, repeal is finally within the realm of possibility. Though the GOP has made it very clear that it would like to scrap Obamacare, the means through which the party will attempt it are still completely up in the air. In the meantime, you might be wondering: How will the Obamacare repeal impact prescription coverage?

Because the GOP hasn't revealed its supposed replacement plan yet, there's no way to tell with certainty how that plan will tackle coverage for prescription drugs. However, it's quite possible that Obamacare repeal won't change prescription coverage very much one way or the other. This is because Obamacare, as wide-ranging of a law as it is, didn't actually do all that much to reform prescription drug coverage to begin with.

The Affordable Care Act does require health insurers to cover prescription drugs, and it's also expanded the number of people with health coverage by about 20 million. In theory, that would imply that prescription drugs became more accessible under the law. However, the data shows that this isn't necessarily the case.

For one, Obamacare's requirements don't actually apply to every prescription drug. Furthermore, the law does very little to control the costs of prescriptions, even for those whose drugs are covered by their plans. A 2014 analysis by insurance comparison site Healthpocket found that some Obamacare plans actually require enrollees to pay more for prescription drugs out-of-pocket than they would have before the law took effect. Other plans reduced the cost of prescription drugs for enrollees, but on average, prices were slightly higher under Obamacare than they were before.

"I think those of us who worked hard for ACA never thought it was the last word," Rep. Sander Levin (D-Mich.) told Morning Consult recently. "It was something that we had to build on. And prescription medicine is now one of the building blocks that isn’t in place yet."

Many progressives were disappointed that Obamacare didn't do more to reign in the prescription drug industry. But the upshot of this, oddly enough, is that repealing the law might not have as disastrous of an effect on prescription drug access in the way it might on, for instance, Medicaid availability.

Still, all of this is speculative, and will remain so until Republicans reveal what it is they're planning to replace Obamacare with. Until they do, it's simply too soon to say how the repeal process will affect prescription coverage.