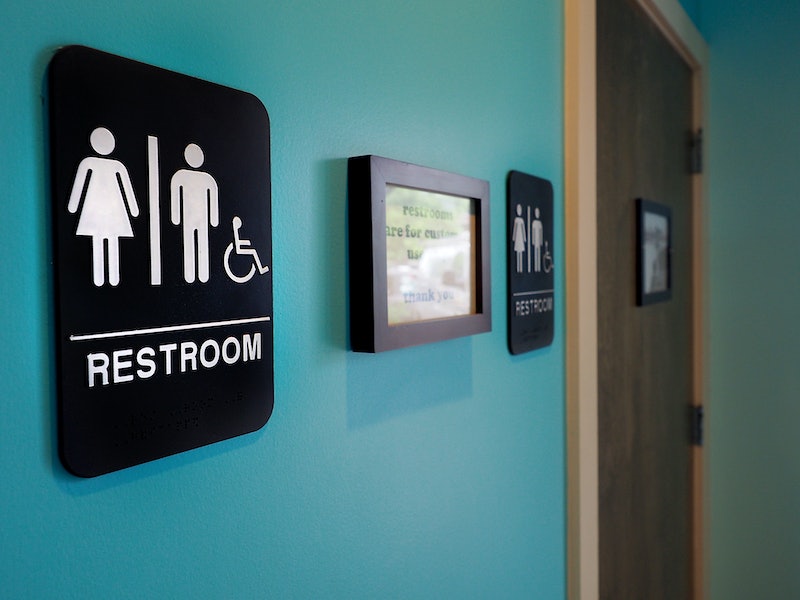 Laws that protect against discrimination of marginalized communities are matters of life and death. Transgender students are harassed more often in school and trans and gender non-conforming people attempt suicide at higher rates than cisgender people. Such rates are high across LGBTQ communities. But as the legalization of gay marriage's impact has shown, federal protections against discrimination can help bring those numbers down. With the possibility of protections for transgender students being left up to state lawmakers, what will those students' safety look like across the country?

It's hard to say how many states will enact new protections for transgender students. But there are some places that have already done so. Transgender students are protected from harassment under state laws in 17 states and the District of Columbia. And the National Center for Transgender Equality reports that "over 40% of US students already have trans-affirming state/local policies." And when it comes to people accessing restrooms for their gender identity, places like Iowa have anti-discrimination laws in place, but it is one of few. As are those schools taking inclusion into their own hands by increasing the number of gender-neutral bathrooms available on campus. And as the Transgender Law Center's National Equality Map and the NCTE State Nondiscrimination Laws Map show, statewide protections for transgender students could be slow to come if at all in much of the country.

The decision to revoke the federal protections or not is reportedly a divided one inside the White House, but Trump's administration still features many anti-LGBT voices on it. The specifics of the Justice and Education department's new guidelines will have perhaps the most immediate effect in the upcoming Supreme Court case GG v. Gloucester County School Board, in which Gavin Grimm, a transgender teen boy, is arguing for the right to use the boy's bathroom at school. The results of that case may come to characterize the Trump administration's treatment of LGBTQ citizens.