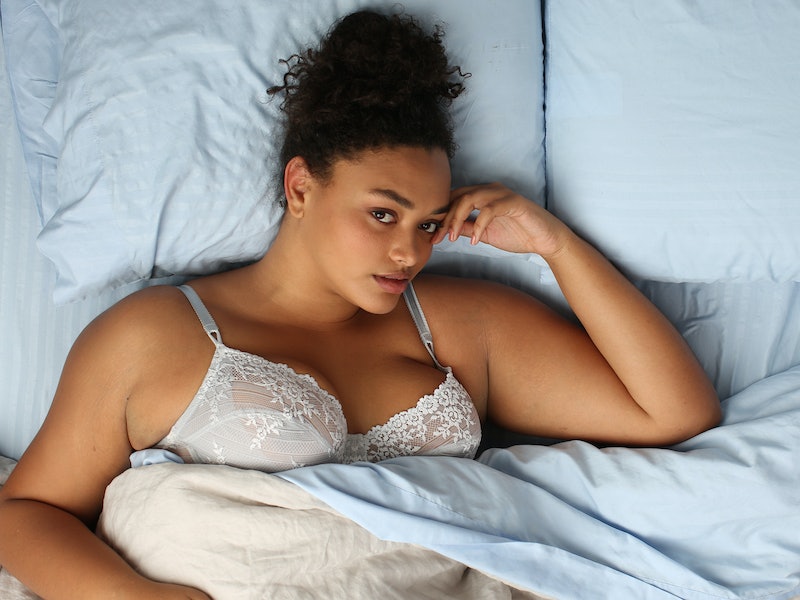 Since Donald Trump won the election, IUDs have been buzzing. The birth control, which is free under Obamacare, is a long-acting reversible contraception and can last up to 10 years — aka it can outlast a Trump presidency. According to Planned Parenthood's president Cecile Richards, the non-profit has had a 900 percent increase in demand for IUDs from women who are worried about their healthcare and reproductive rights right now.

So what is an IUD and why are so many women now relying on it instead of using birth control pills or condoms? An IUD is a small device that is inserted into the uterus to prevent pregnancy. According to Planned Parenthood, the FDA has approved five different brands of IUDs for use in the USA: ParaGard, Liletta, Mirena, Skyla, and Kyleena. ParaGard is made of copper (which creates a toxic environment for sperm in the uterus), while the others use the hormone to progestin prevent pregnancy.

For years, I struggled with the side effects of using hormonal birth control. I experienced weight gain, nausea, and the exacerbation of my depression and mental health issues. In periods where I was not sexually active, I stopped taking my birth control completely. Due to my hectic schedule, I found it difficult to remember to take my pill every day, and even when I did, I still felt a constant sense of uncertainty.

But I was skeptical of IUDs at first because the concept seemed strange. I felt uncertain about the idea of placing an object in my uterus permanently, and I worried about the effects hormones would potentially have on my body. But I felt a sense of relief when I discovered that IUDs have a non-hormonal option.

For me, the copper IUD ParaGard perfectly suited all my needs and concerns. An IUD felt like something tangible and permanent. I could rely on it whether or not I was busy or my life was changing or my moods were fluctuating.

The procedure to have my IUD inserted at Planned Parenthood was one of the most painful experiences of my life. The doctor needed to dilate my cervix to insert the IUD, which gave me intense cramping. The three months afterwards were rough as well, as I experienced my heaviest periods and random bleeding.

My IUD has given me a sense of freedom and independence.

Now, two years from my procedure, I'm so thankful that I was able get an IUD. I regard it as the most responsible adult decision I've made so far. I feel a peace of mind, which enhances my sex life. I don't feel chained down by hormones or burdened by taking a pill every single day. I also feel relieved that I will not have to navigate the politicized landscape of women's healthcare. I won't have to worry about visits to my doctor for birth control pills or about my insurance coverage for another 10 years. My IUD has given me a sense of freedom and independence.

But that's my experience. How do other women feel about IUDs? Below, 10 women share how they really feel about their IUDs: