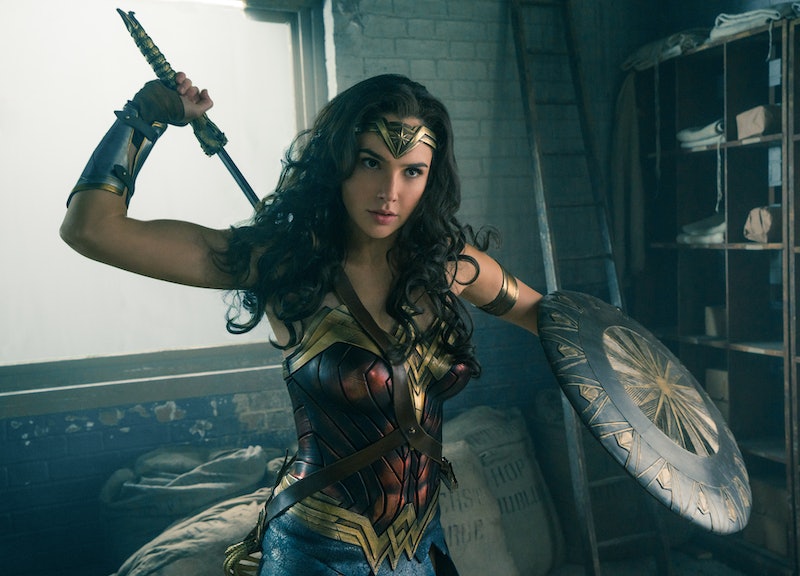 For a few years now, Wonder Woman, both the character and the new movie, have been on everyone's minds. Ever since Man of Steel introduced a new Superman, and DC started down the long line of multiple, interconnected movies in the style of Marvel, it was obvious that the legendary female superhero would have to eventually come into the picture. And while I was excited that a woman would finally be getting her own solo superhero movie, and Wonder Woman seemed like the obvious choice given her extensive history, I was rather apathetic about the character myself.

To be honest, I was never a huge Wonder Woman person. The superheroes I fell in love with in my childhood and teen years were the X-Men, particularly the female ones. Weather-wielding Storm, power-stealing Rogue, and telekinetic Jean Grey were my go-to superheroes, and I've enjoyed watching and rooting for their cinematic incarnations ever since the first X-Men film premiered back in 2000. But Wonder Woman never really held my interest. Perhaps she was too earnest or too sincere to catch my angst-ridden attention. But thanks to the new film, not only has Gal Gadot's character caught my attention, she's come right out and demanded it. Because of the circumstances and history surrounding this movie, I had no choice but to pay attention — and holy hell, I'm glad I did.

Watching Wonder Woman during opening weekend, I found my mind changed about the character due to things I think I was turned off by as a teenager. Diana, Princess of Themyscira, believes in the good of humanity. Her sincerity, her devotion to what is right, and her belief in the power of love are things a too-cool-for-school teen might find hokey, but are sentiments that I now crave as an adult. In times likes these, when morale is down, our world feels in flux, and threats of war and terrorism seem ever present, society turns to escapist entertainment and genuine expressions of emotion. Wonder Woman's belief in humanity made me feel better about humanity, and her sincere acceptance of love knocked out any remnants of that cold teenage angst left in my heart.

And it sounds like Wonder Woman's director, Patty Jenkins, specifically set out to crush any lingering skepticism we may have about having and expressing emotions, a typically "female" trait. As Jenkins told The New York Times, "I’m tired of sincerity being something we have to be afraid of doing. It’s been like that for 20 years, that the entertainment and art world has shied away from sincerity, real sincerity, because they feel they have to wink at the audience because that’s what the kids like. We have to do the real stories now. The world is in crisis. I wanted to tell a story about a hero who believes in love, who is filled with love, who believes in change and the betterment of mankind."

Speaking of emotion, I also didn't expect just how emotional I would get finally seeing a leading female superhero on screen. The first 30 minutes or so of Wonder Woman take place entirely on Themyscira, featuring powerful and happy scenes with a young Diana, Connie Neilsen's diplomatic Queen Hyppolita, and Robin Wright's utterly badass general Antiope. Watching them fight, train, and live without the influence of men was breathtaking and inspiring. And with the added fact that the movie is actually good, seeing Wonder Woman was genuine relief for me; I felt like a huge weight was lifted, and that we, as women, could finally breathe.

It might be hard to explain to men just exactly why this film, and those moments, were so moving, but to those guys I say, imagine if every comic book movie that came out in the last 17 years was about Wonder Woman, or Black Widow, or Super Girl. And that there had been three different actors playing Wonder Woman in three different reboots. And then they did the same thing and rebooted, Super Girl, too. How frustrated, tired, and unrepresented would you feel? Now imagine that world, and suddenly Iron Man just came out. How would you feel then? Amazing, right? That's what Wonder Woman is to us.

Wonder Woman highlights the benefits of love, sincerity, and emotion, which are things we all could use more of right now. I'm incredibly thankful that Jenkins was willing to embrace that aspect of the character and make it a prominent feature of the movie, because not only does it make Wonder Woman the first successful, female-led superhero movie, it does so by embracing her stereotypically "feminine" attributes. Diana is the epitome of strength, but she's also a genuine representation of love. And seeing that, as an adult rather than an eye-rolling teen, made me finally interested in the character and a major fan of this new movie.