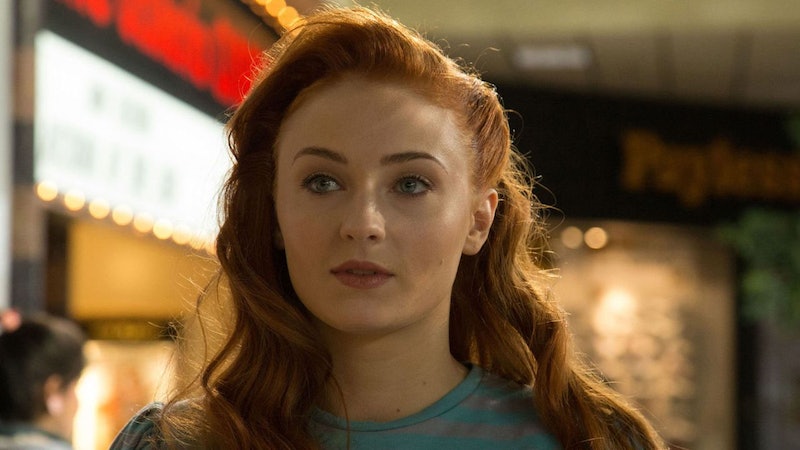 With the comic book movie genre's ongoing issue of female representation, it's easy to forget that one superhero brand has been pretty inclusive all along. The X-Men, since their initial appearance in Bryan Singer's 2000 film, have always featured superhero women as prominent and powerful members of the cast, and the latest film, X-Men: Apocalypse is no exception. For all of the disappointment brought by the lack of female representation in The Avengers or in the DC world, the X-Men films have always been great at including women who are smart, capable, and meaningful in the story. In Apocalypse, the exciting thing isn't that the movie is full of women — it's that all of these X-Men heroines impact the plot in an important and memorable way. Spoilers for X-Men Apocalypse will follow.

The X-Men franchise's inclusion of women has always made it stand out from its peers. Despite the ever-increasing number of Avengers, for instance, there are only two women, Black Widow and Scarlet Witch, running alongside their male counterparts. Similarly, it took multiple Batman and Superman iterations before DC finally caved and gave Wonder Woman her own outing, which won't even hit theaters until 2017. X-Men, meanwhile, has consistently featured important women in its films: Mystique, Kitty Pryde, Rogue, Jean Grey, and more.

Apocalypse takes this to another level, especially when it comes to Mystique. Since the events of the last film, 2014's X-Men: Days of Future Past, the Jennifer Lawrence character has become somewhat of a recluse. But the showdown with Magneto seen around the world has made her a superstar in X-Men's fictional universe. Mystique may live a secluded life, hiding in plain sight through various disguises and taking up the noble cause of rescuing and freeing enslaved mutants, but little does she know that she's become a celebrity. As Storm, who has a poster of Mystique hanging on her wall, informs Apocalypse: Mystique is a hero. She's a role model. And Storm looks up to her. She isn't the only one; after an intense battle at Xavier's school, the students gape in awe in Mystique's presence. "They look up to you," Hank tells his confused friend. With young people idolizing her all over the world, Mystique becomes on par with Captain America as a hero the world can admire.

Then there's Jean Grey. The X-Men comics and the movie franchise have both established that as powerful as Charles Xavier is, there's a more powerful mind inside the head of Jean Grey. Jean, in this outing played by Game of Thrones star Sophie Turner, may not know how to control her powers just yet, but that's not a quality she needs in order to save the freakin' world. When it seems like Apocalypse is too strong for the likes of Xavier and the other X-Men, it's Jean who has the telekinetic ability to overpower the villain. By unleashing her extraordinary abilities, no holds barred, she becomes the only one who's able to stop him and releases a fiery surge that hints at the Phoenix lying dormant inside of her. It's a fantastic scene, and it shows how important Jean is not only to her fellow mutants, but to the X-Men franchise as a whole.

But the powerful women aren't just regulated to the side of the good guys; there are some pretty kickass women fighting alongside Apocalypse, as well. Storm, played by Alexandra Shipp, and Psylocke, played by Olivia Munn, fight alongside Apocalypse and show off some serious powers. It's important that when the villain first emerges from his tomb, Storm is the first mutant that he sees and recruits, and Psylocke is the second. The fact that Apocalypse first recruits two women to be part of his Four Horseman squad is notable; audiences are so used to seeing women treated as afterthoughts or add-ons that when Apocalypse declares the two of them more powerful and beneficial to his task than anyone else, it's a total thrill to see.

Yet while Mystique, Jean Grey, Storm, and Psylocke are killer inclusions in X-Men: Apocalypse, there is one female character that doesn't get her due. Fan favorite Jubilee has had a long, unfortunate run in the X-Men films. She was seen briefly in 2000's X-Men, finally had a line in 2003's X2: X-Men United, and was seen again in 2006's The Last Stand, but as a silent, glorified extra. So when this adorably '80s recruitment video for Xavier's School for Gifted Youngsters hit the web, there was hope that Jubilee would get to play a prominent role in Apocalypse. Alas, this isn't the case, as Collider revealed that much of her screen time was cut, a similar fate to what was bestowed upon Rogue in Days of Future Past . As a result, Jubilee is barely seen and heard from.

Despite that pitfall, it's clear that the X-Men franchise is doing much better when it comes to portraying its superhero women than most other series seem to be. Whether they are saving the day, becoming cultural icons, or joining the dark side, the women of Apocalypse are given more do to and more to say, than practically any of their on-screen peers, and that's something to be celebrated.