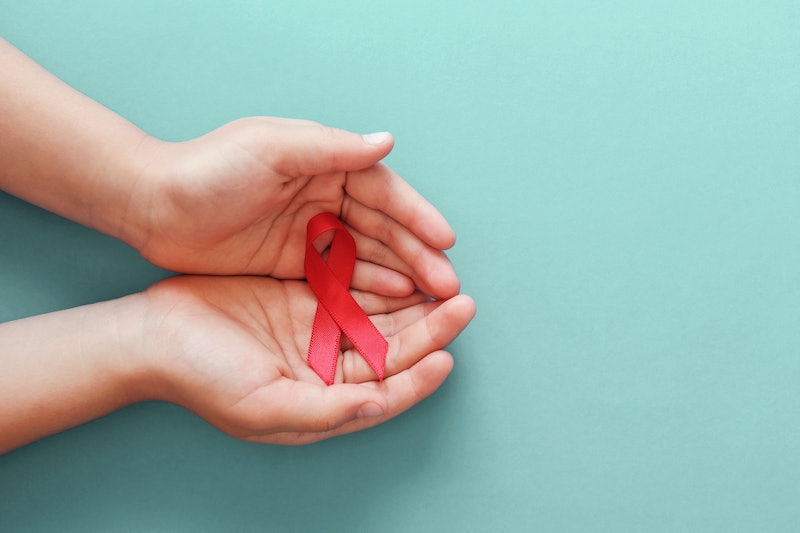 Nov. 16 through to Nov. 22 marks National HIV Testing Week 2019. Charities like the Terrence Higgins Trust have spent decades destigmatising HIV, supporting people who live with it, and educating people to practice safe sex. In 2019 getting diagnosed with HIV is not what it was a few decades ago. People live happy full lives with a positive diagnosis. So, here’s how you can get involved this National HIV Testing Week. Getting a HIV test is a super simple step in getting an STI test and is over within seconds. However, knowing your status is so important when it comes to your sex life.

National HIV Testing Week was created to encourage people to get tested and normalise conversations around HIV and sexual health. Getting tested and prioritising your sexual health should be second nature and this includes being tested for HIV. Treatments have developed so much that they work by reducing the amount of the virus in the blood to undetectable levels. This means that the levels of HIV become so low that the virus cannot be passed on.

This National HIV Testing week a number of famous faces have joined forces with the Terrence Higgins Trust to raise awareness for what happens when you go for a HIV test and how easy it actually is. E4’s The Sex Clinic nurse Sarah Mulindwa and This Mornings Dr Ranj are among the people raising awareness. Dr Ranj said in a statement, “getting tested is nothing to be worried about – I’ve been tested in the past and it’s quick and easy. You’ll be in a better situation knowing your status than not knowing. With effective treatment, people living with HIV can not only live long healthy lives but they can’t pass it on to others.”

According to Public Health England and estimated one in 14 people in the UK with HIV are living with it and remain undiagnosed. The Terrence Higgins Trust recommends that you go and get tested at least once a year, if not more.

Charities, campaigners, and celebrities have fought tirelessly to open up conversations on HIV and showing how easy it is to get tested. Former Welsh Rugby Captain Gareth Thomas has been praised by so many people, including Prince Harry, after speaking so openly about his own HIV diagnosis. The pair sat down for a chat in a video made by the Terrence Higgins Trust and Thomas said, “we do so much around our health – going to the dentist, going to the doctor. But when it comes to sexual health testing there’s the stigma and fear around it.” He continued:

“We need to re-educate people to know that where we are now with HIV it is not a death sentence, it’s not and I am living proof.”

Taking control of your sexual health is so important. Knowing your HIV status is crucial and there’s absolutely nothing to be embarrassed about when you go to get tested. If you want to get tested you can either book to see your GP, or go to a walk in-centre. Alternatively, the Terence Higgins Thrust offers HIV self-testing kit for those most at risk of HIV.