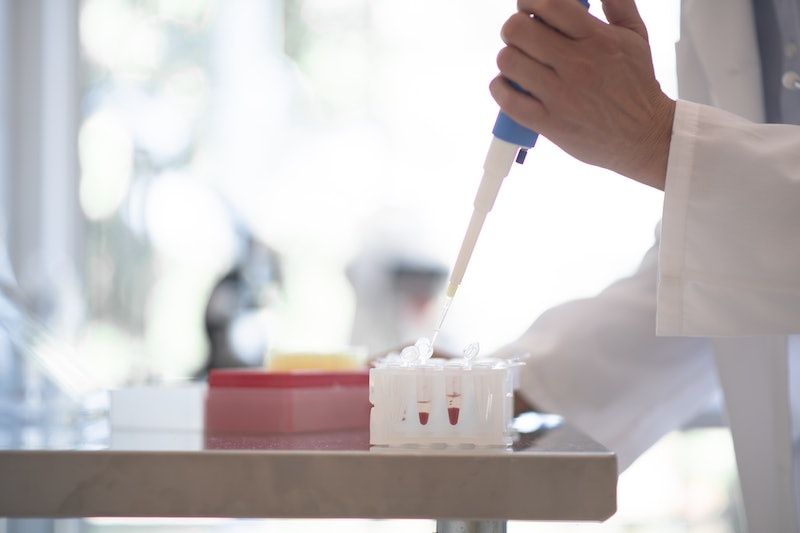 It’s natural for viruses to mutate and change into different strains: that’s why doctors advise people to get a new flu shot every year. But for Human Immunodeficiency Virus (HIV), scientists had not documented a new strain of the virus since 2000. A new study just identified a previously unknown strain of HIV, CNN reports.

Researchers clarify that the technology they used to identify the strain is new, but the strain itself is not. According to the study, published in the Journal of Acquired Immune Deficiency Syndromes, the newly identified subtype was first found in the Democratic Republic of Congo in 1983, then again in 1990 and 2001. Researchers could not identify the strain’s unique qualities, however, until they were able to fully sequence the genome of the HIV sample. Now that the technology is available to do so, the study reported that this particular strain is an outlier that has not infected many people.

Even though this strain is considered a subtype L of Group M — strains that are most infectious and responsible for the global HIV pandemic — researchers are keen to point out that it's not more virulent or infectious than other documented strains. Current HIV treatments are effective against this strain, the study said, so there’s no cause for alarm in terms of treatment or transmission. The finding is still significant, though, because it allows scientists the ability to learn more about how HIV evolves.

With a more accurate map of the evolution of the HIV virus, scientists can create more effective methods to treat HIV once someone has it or vaccinate against it before someone even encounters the virus. According to a 2017 study published in the journal F1000Research, because the HIV virus reproduces so quickly and is prone to many copying errors when it’s replicating itself, it also has a tremendously diverse population of strains. Because of this diversity, it has been difficult to create effective treatments and vaccines to combat infection from all forms of HIV. But, the study concluded, new treatments are possible with recent rises in technological innovations that allow scientists to develop a more comprehensive knowledge of the ways that the HIV virus evolves.

Currently, antiretroviral therapy (ART) is the most highly recommended treatment for anyone who is HIV-positive, according to the U.S. Department of Health and Human Services. While not a cure, the combination of HIV medications that constitute ART do enable people to reduce the amount of HIV in their bodies, as well as reduce the likelihood that the virus can be transmitted to anyone else. These different medications were all created as a result of research into new strains and pieces of the evolution of the HIV virus.

Every new strain that scientists identify gives them new information that might lead them to better understand the virus, and therefore, to an effective immunization or even a cure. Rather than fear that the identification of a new HIV strain is cause for alarm, this discovery is good news for scientists looking to learn as much as possible about the evolution of HIV. And it’s good news for people looking to live their lives without HIV, because each new discovery is one step closer to that goal.

More like this
11 Exercises For Dowager's Hump That'll Help Your Neck Posture
By Carolyn Steber
Kourtney Kardashian’s Wellness Guru Shares Her #1 Tip For Better Health
By Taylor Jean Stephan
Here’s Where The NHS Nurses’ Strike Currently Stands
By Sophie McEvoy
10 Primal Movement Exercises That'll Improve Your Mobility
By Carolyn Steber
Get Even More From Bustle — Sign Up For The Newsletter
From hair trends to relationship advice, our daily newsletter has everything you need to sound like a person who’s on TikTok, even if you aren’t.