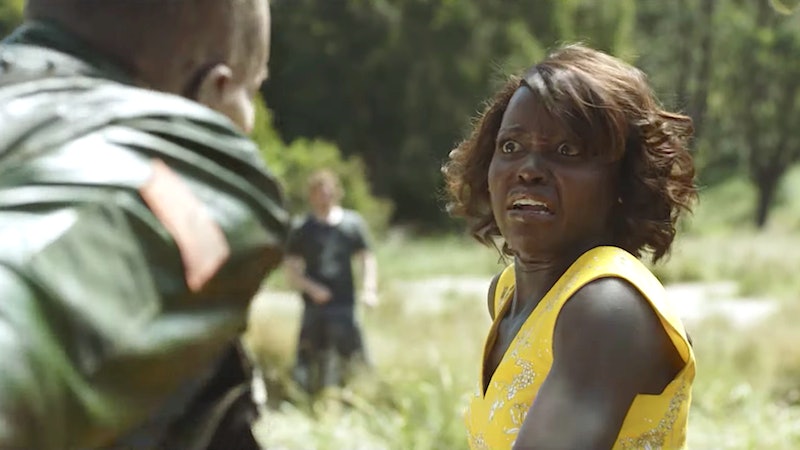 Calling all witches and goblins: Hulu’s new Halloween movies and TV lineup for October has arrived just in time for spooky season. To compliment your pumpkin cold brew from Starbucks and pumpkin sheet mask from Trader Joe’s, Hulu unveiled a list of both original content and classics on Sept. 24. Between a new film that stars Academy Award winner Lupita Nyong'o as a schoolteacher amid a zombie outbreak to select movies from the Saw franchise, Hulu’s October 2019 programming is sure to contain something for everyone to enjoy before and during All Hallows’ Eve.

More so, Hulu’s lineup will include follow up seasons to series you’ve simply been dying to see return. Since Halloween season isn’t complete without the narratives of Stephen King, Castle Rock returns for a second season with Annie Wilkes’, King’s psychopathic nurse of Misery notoriety, arrival in town. Need to balance the spooky content with something sweet? Food Network’s Halloween Baking Championship and Halloween Wars also joins the roster of October content on the streaming service, so viewers can have their psychological gore and indulge in cupcakes, too.

Below, explore the rest of the Halloween movies and TV shows making their way to Hulu in October.

Are aliens real? The truth is out there. Science Channel's Alien Encounters is the ultimate supernatural binge.

Based on true events, An American Haunting's narrative of a family plagued by a spirit will ensure you'll never sleep soundly again.

Before Liam Neeson rescued his daughter in Taken, he had to contend with evil spirits at Hill House in The Haunting. Enter the secluded mansion... if you dare.

In this new Hulu original series, a group of college students become trapped in a sinister board game that will bring their fears to life. Into the Dark: Uncanny Annie will make Jumanji look like a game of Candyland.

Light as a Feather, a Hulu original which also draws on the above theme of a sinister board game come to life, returns for a second season.

Available with the HBO premium add-on, Happy Death Day 2 U follows a young woman stuck in a parallel universe — one where she must die over and over again.

Available with the STARZ add-on, The Wolfman draws on a classic Halloween creature — that is, the bloodthirsty werewolf — with the ultimate cast, which includes Benicio Del Toro, Emily Blunt, and Anthony Hopkins.

Dakota Johnson? Intrigue. Armie Hammer? Double intrigue. Wounds is a psychological horror about what ensues when a bartender brings a mysterious cell phone home that was left at a bar.

Is it truly Halloween without a little Stephen King? Hulu's original series Castle Rock returns for a Season 2, and, well, misery arrives.

While a trailer for Zomboat! has yet to be made available on the internet, a zombie apocalypse comedy series is certainly what Halloween dreams are made of.

Here’s the full list of everything coming in October:

The Haunting in Connecticut (2009)