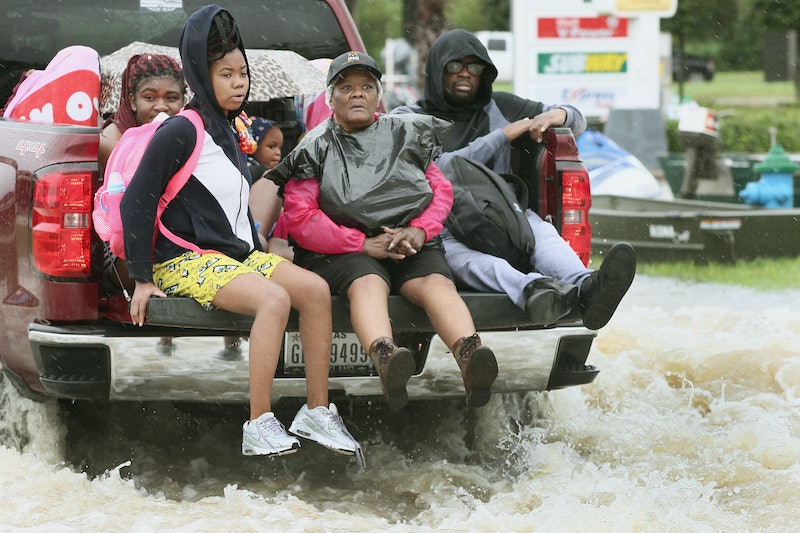 A 2010 report from the Institute for Women's Policy Research attributed the greater risk women face to several factors. One is that women are more likely to live in poverty than men. According to the report, 25.9 percent of women in New Orleans were living below the poverty line when Hurricane Katrina hit the region, compared to 20 percent of men. These women were more likely to be living in public housing and less likely to have cars, so poverty significantly limited their mobility and prevented many of them from evacuating.

Another factor that can disproportionately impact women in the aftermath of a natural disaster is pregnancy, or recovery from childbirth. Women also constitute a greater percentage of elderly populations; in New Orleans, hospitals were not evacuated, putting the elderly in an increased position of vulnerability.

In addition to these factors that limit their mobility, women must also contend with a greater risk of gender violence in light of a natural disaster. The IWPR report indicated that in the year after Hurricane Katrina hit Mississippi, incidents of gender-based violence increased from 4.6 per 100,000 per day to 16.3 per 100,000 per day. These incidents included an uptick in occurrences of domestic violence, as well as sexual assault.

The aftermath of the 2015 earthquake in Nepal highlighted some of the more subtle ways in which girls and women are vulnerable after a natural disaster. After the earthquake, women had to confront increased rates of sexual violence and human trafficking, ThinkProgress reported. A 2005 report from the World Health Organization highlighted these particular problems, citing cases in Guinea, Tanzania, and the Congo where women and children were displaced by a natural disaster and were forced into sexually exploitative situations in order to survive.

As the IWPR report concluded, disaster preparedness must take into account the disproportionate effects felt by women. This means amplifying and learning from the narratives of women in affected areas, providing emergency supplies and resources for women, and focusing on vulnerable populations in policy planning.