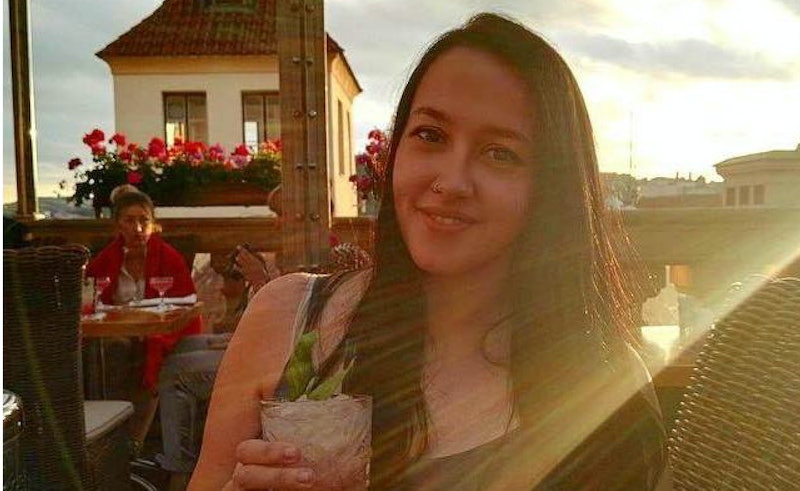 Most of the time I am pretty happy in my own company. My favourite mornings are spent in coffee shops with a book and my phone on aeroplane mode. I would even push as far as a solo cinema trip if none of my friends are up for a film. I’m an introvert, so I recharge best when I have had a bit of time to myself. However, I have self-imposed boundaries. This week, I had dinner out alone for the first time and, as silly as it sounds, it actually changed my life, even if just in a small way.

On Jan. 21 I read an article about Clementine Crawford, the business woman who was told she couldn’t sit at the bar of her favourite Manhattan restaurant because “the owner had ordered a crackdown on hookers.” Outrage aside, it got me wondering, “could I ever go out to a restaurant by myself?” For some reason it seemed like something completely daunting. Thinking about booking a table for one gave me the same butterflies in my tummy and anxious clammy palms that I get before going in to give blood. So, since it seemed like the impossible task, I decided to take myself out on a date night. And it turned out it wasn’t a big deal at all.

The first hurdle emerged when I was deciding where this solo date would take place. I figured if I was going to be seriously nervous and uncomfortable, I was going to do it eating the food I love. And so, I made my way to Croma, a pizzeria in Manchester’s Northern Quarter. But I chickened out on the way there and ducked into a Wagamamas.

So wrapped up in my own mission to get through my meal alone, I completely forgot that other people would be dining out too. It was exceptionally busy. The waitress popped over, all smiles and asked who would be joining me. I replied, “sorry, it’s just me” (I did a lot of apologising for being by myself.) She sat me on a bench between a family of four and a couple who I can only assume were on a first date that was going very well. As I sat there, staring at the menu as if I had never heard of Katsu Curry before, the girl on the date turned to me and asked where I got my coat from. Shook that someone had spoken to me, since I assumed this would be a solitary dining experience, I thanked her and told her. Then she asked, “have you been stood up?” Blushing bright red I made an excuse to the waitress and headed out. Croma suddenly seemed like a far better option.

The atmosphere was much more relaxed. The waitress didn’t give me pity vibes, it was comfortably busy, and I wasn’t going to be knocking elbows with the people next to me whilst I tried to eat. After I had ordered and replied to a message from my mum to tell her the only way this could be more awkward is if I sat on FaceTime to her while I ate I stopped. What next? What are you supposed to do when there is no one there to make inane small talk with? However, I soon found that, despite the fact that being sat there alone with my thoughts made me feel really vulnerable, it was also quite liberating. I ordered what I wanted, I didn’t have to share, and I got in a good amount of people watching while just sitting quietly.

Aside from the one normal pit fall of eating alone (there is no one there to talk to) it wasn’t the worst. For half the meal I felt like I couldn’t nip to the loo for fear of the waitress taking my pizza away and the debate of whether to drink alone was real but in the end it was alright.

It became seriously apparent that the one reason I was scared to take myself on a date was my fear of what other people would think of me. Research conducted by professors Rebecca Ratner and Rebecca Hamilton found that we are more comfortable being seen alone doing “utilitarian” things (things that have a purpose) than “hedonic” activities, which are just done for pleasure. They wrote that people “anticipate negative inferences from others about their social connectedness” when they are seen doing hedonic things alone. Which basically translates to: they’re scared it looks like they have no mates. Which I absolutely was.

I was so scared that strangers would think I was a loner that I have denied myself an activity, which, while actually too expensive to do all the time, was really relaxing. I would definitely take myself on a solo date again and, who knows? Maybe I’ll even go on holiday alone (I know, baby steps.)