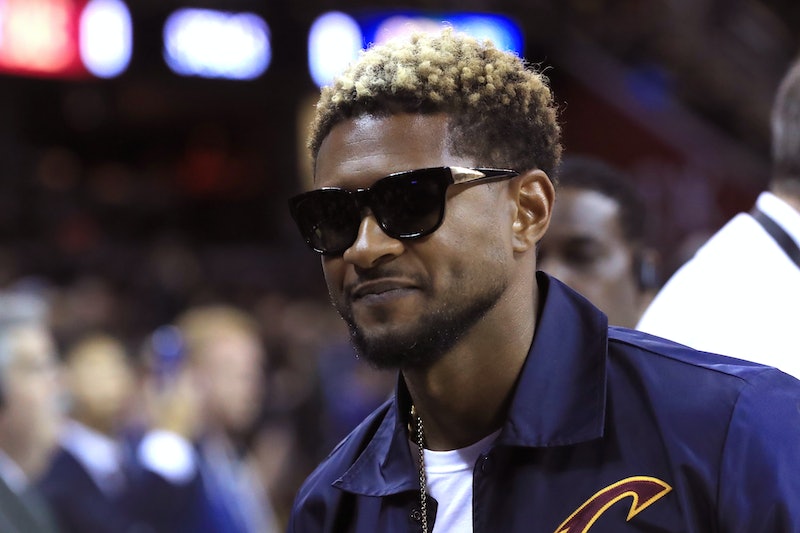 This isn’t the herpes essay I thought I would write. After getting diagnosed two years ago, I’ve composed a hundred different essays. The woe-is-me one, the look-I'm-stronger-now one, the stigma-is-the-hardest-part one. I didn’t expect that when I unveiled to the Internet that I had herpes it would be in a story about Usher. But, in the wake of the allegations and lawsuit against him for allegedly failing to disclose to three sexual partners that he allegedly has herpes, I had to say something. Both Usher's alleged behavior and the media frenzy surrounding it make the stigma worse for people with herpes, and the whole story is so upsetting that I’m going to go public with my own status. Because having herpes isn’t the end of the world, and I’m tired of people acting like it is.

EARLIER: On Aug. 4, civil rights attorney Lisa Bloom posted on Twitter that she was filing a lawsuit against Usher Raymond IV (his real name) for allegedly not disclosing his alleged herpes status to three sexual partners. One of his accusers Quantasia Sharpton spoke on Monday about the accusations and why she is suing the singer. As reported by People, she clarified that she tested negative for herpes, but sought legal representation because she felt "violated" by Usher’s alleged failure to disclose.

"When I first heard reports that he had herpes, I couldn’t believe it. I had a child a year ago, and I knew I was negative ... But I contacted Lisa Bloom to find out what my rights are as a woman. Although I am negative, I am upset by the reports because I never would have consented, if I would have known. I would not have taken a risk of getting an incurable disease. My health is very important to me, now that I am a mother. I feel that my rights were violated."

Bustle has reached out to Usher's rep about the lawsuit and allegations from the women as well as the allegation that Usher has herpes, but did not receive a response at the time of publication.

This lawsuit is triggering for me, as someone who has herpes, because it’s so sensational. Even Sharpton’s statement is upsetting to me. She seems to equate being a mother and having a child with a keen desire to protect her heath, which I understand, but her attitude towards herpes is only adding to the stigma. She doesn’t have it, and yet she’s acting like having herpes is an active threat to one's safety. In reality, herpes is one of the few STDs that doesn't carry an implicit threat to your life like HIV or syphilis or HPV can.

And, if Usher failed to disclose his alleged herpes status, that is despicable. In doing so, he would have only made the herpes stigma worse by acting like it’s so terrible it needs to be hidden so someone can still get women to sleep with them. People live in actual fear of getting herpes. I know I did. I used to say that women who got herpes weren’t deserving of love. (Hah, joke’s on me.) That’s because I was taught from a young age that all STDs are created equal and that they are all horrifying symbols of being “dirty” and “slutty” and “unloveable.”

In sex ed, I was shown graphic pictures of STDs but given very little actual information. Like, oh, that you can get herpes from oral sex, which neither I nor my partner knew (he claims). It also doesn't surprise me at all that Sharpton was the one speaking on behalf of the three accusers and that she tested negative. As she said at the press conference, via People, "I am speaking out today on behalf of myself and others, some of whom are positive and are embarrassed to speak out publicly." It's the stigma that kept an allegedly herpes-positive person from speaking up and instead gave the microphone to the more sympathetic alleged victim; the mother who allegedly narrowly dodged the herpes bullet.

Everything I’d learned for 23 years about herpes (the pictures, the stereotypes, the jokes in movies and TV shows) made me feel like my life was over when I was diagnosed. I wanted to die, because I thought no one would love me again. My deep depression wasn't helped by how those around me reacted. My mother, though she was worried about me, also set up a basin of bleach and water to put anything I touched in. I tried in vain to explain that you can't get herpes from something I touch with my hands, or from the toilet seat. It made me feel like garbage. If I couldn't make my own family understand I wasn't a walking danger, how was I ever supposed to convince a romantic partner to be with me? My family and friends reinforced the stigma that herpes was the end of the world.

But the truth is that this happens to a lot of people. One out of every six people has herpes, according to the Center for Disease Control and Prevention. You can be super safe, and still get an STD. According to the Mayo Clinic, herpes is often not tested for during routine STD checks. You have to specifically ask to be tested (via blood test), and some places won't even do that because tests are often inconclusive if you're not showing active symptoms. Plus, unlike what I'd previously thought, you're not just contagious when you're having an active breakout. Yes, you're most contagious then, but the herpes virus can shed and infect other people at any time, whether you're showing symptoms or not. That doesn't mean it's always active, but it does mean that you can never know for sure. A lot of people don’t know that. I didn't. Heck, Usher may not have known that.

So, I do have to tell everyone I sleep with that I have genital herpes — every time — because I never know if I may be contagious on that day. But the CDCP reports that 87.4 percent of people who have genital herpes have never been clinically diagnosed and may not even know they carry the disease. The fact that I'm willing to be honest about my diagnosis should help my future partners realize that they can trust me, and it means I know how to be safe in my sex life, whereas those 87 percent could infect people without even knowing it. With all the proper safety precautions, it's very unlikely that I will pass on herpes. According to The Good News About The Bad News by Terri Warren, If I don't have sex during a breakout and I use a condom during sex there's only about a two percent chance that I can pass it on. And that's two percent per year, not per time. If I choose to also take daily viral suppressants like valaciclovir or acyclovir, that number drops to one percent per year.

Still, the stigma is so strong that it can drive people to want to keep it a secret for fear of someone dumping them if they find out. It’s so strong that many people would dump someone if they found out. Sharpton said as much in her statement. “I never would have consented, if I would have known.” And, if I had known about my partner’s herpes before we got together, I probably also would have also ended things. That’s fair. I have no blame for Sharpton. That’s a decision for your body that you should have a right to make. But, I feel like people are making decisions without fully understanding what they are or aren’t saying no to. Most people don’t have all the information about herpes, and that only makes the stigma grow.

If we were all honest about what herpes is and does and how you actually get it, people would be better armed with information to protect themselves. Herpes sounds scary because we’ve made it scary. In reality, for many people, it’s a mild skin condition. I’ve had one breakout in two years. My period is more annoying to deal with than herpes. But when the media covers stories like this, of a mother who is suing a celebrity for allegedly endangering her health, it reinforces all the stereotypes and myths — that having herpes is shameful, that is is a threat to your life, that it’s something so serious you should go to court over it.

Not disclosing herpes is serious. I wish that I ‘d been afforded the opportunity to choose what I wanted for my own body. But, getting herpes isn’t the end of the world or your life. And, if people acted that way and were less sensational about it, maybe people would feel comfortable disclosing. If my partner had and I’d been armed with the truth about herpes, maybe I would have just refrained from hooking up while his virus was particularly active. I wouldn’t necessarily have dumped him on the spot, and I would have valued him being honest.

We need to de-stigmatize herpes so that people do disclose without the fear that someone is going to leave them or sue them. We need to arm people with the information of how they can get tested so that they don’t say they’re “clean” without actually having been checked specifically for herpes. Seventeen percent of the population has herpes and most of those people don’t know, so getting herpes is a reality many of us will have to face. And, wouldn’t it be better to face it armed with information instead of scared to death? And, maybe if we worked harder to break down the stigma and normalize disclosing, stories like Usher's would be told more sensitively in the future — or, better yet, wouldn't have to be told at all.