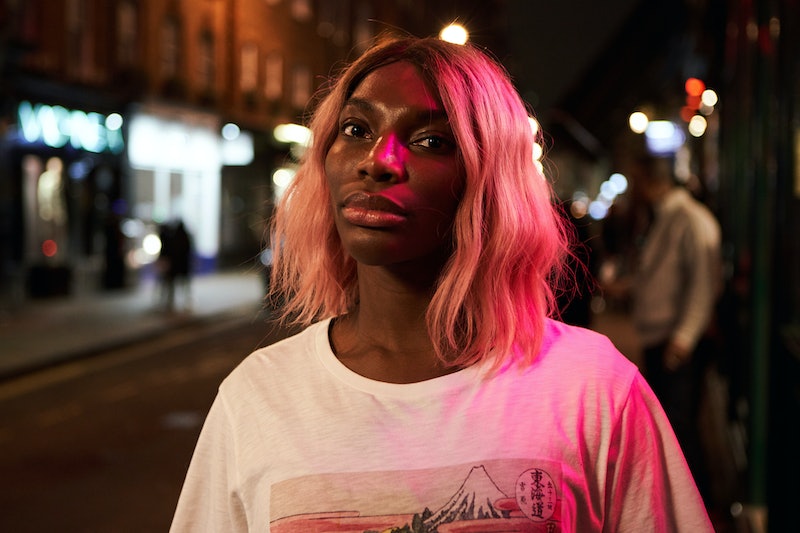 In the first episode of HBO’s I May Destroy You, Arabella — played by Michaela Coel — goes out with some friends and wakes up with a gash on her head, a broken iPhone, and too few memories to make sense of what happened last night. In that moment, what the audience knows with more certainty than Arabella is that the fictional zeitgeist-y author of The Chronicles of a Fed-Up Millennial was the victim of a drug-facilitated sexual assault. Though the storyline may seem like a colossal departure from Chewing Gum, Coel’s comedic debut about a 24-year-old religious virgin, it’s no less inspired by real life. That such distinct shows are based on her own experience is a byproduct of how multifaceted life can be.

Arabella herself is a young writer being feted as an exciting new, Black voice — not unlike the reception Coel received when Chewing Gum debuted in 2015. When the series begins she’s racing to follow up to her debut novel when she decides to pull an all-nighter at her literary agents' offices. It’s not dissimilar from the story Coel told in a 2018 speech at an Edinburgh television festival: She was working on scripts for the second season of Chewing Gum at her production company’s office when she decided to meet a friend for a drink. “I had a flashback,” she revealed to the audience then. “It turned out I’d been sexually assaulted by strangers. The first people I called after the police, before my own family, were the producers.”

Which is not to say that I May Destroy You is strictly autobiographical. Inspired by her own experience, Coel began the writing process by researching other people’s experiences of sexual assault, asking questions of both men and women. “I realized that basically I was definitely not alone in wondering why these lines of consent were always blurred, and there were so many different experiences, she told the Radio Times. “So I tried to take on the challenge of creating a show where I explore the different forms of where sexual consent can be stolen.”

Coel has spoken about the difficulty of making a show that confronted her own trauma, including how that challenge was acknowledged on set. In addition to an intimacy coordinator, there was a therapist available to anyone who needed one. It’s an example of how production echoed lived experience. In an interview with ScreenDaily, Coel said she was in therapy for “a long time” after her assault and met with the on-set therapist on a few occasions, as well.

But while I May Destroy You is grounded in the personal, Coel’s aspirations for it extend beyond catharsis: “Part of my heart hopes that people who have had experiences that are traumatic watch this and feel less alone.”

More like this
Women Around The World Are Cutting Their Hair In Solidarity With Mahsa Amini
By Darshita Goyal
UK Viewers Will Have To Wait To Watch The Handmaid’s Tale S5
By Maxine Harrison
Is The Serpent Queen Based On A True Story?
By Maxine Harrison
Where Is The Bling Ring’s Rachel Lee Now?
By Arya Roshanian
Get Even More From Bustle — Sign Up For The Newsletter