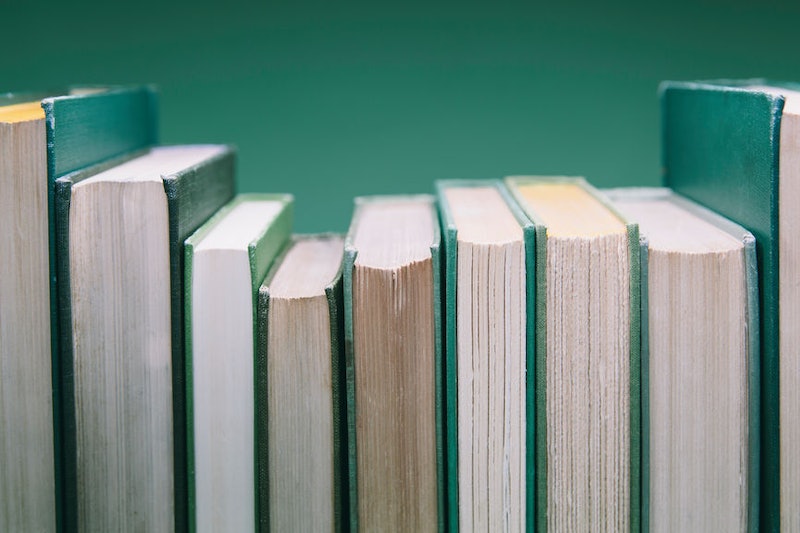 I didn’t get professional help for my mental illnesses until I was 30. Four years later — this past fall — I published (Don’t) Call Me Crazy: 33 Voices Start The Conversation About Mental Health. This anthology for young adult readers offers up a wide range of personal essays, art, and ephemera from beloved authors, athletes, musicians, and actors about their own experiences living with an array of mental health challenges. I put this book together with young readers in mind, but over the course of a two-month period of book events and discussions, I realized how much the book and writing it opened up my eyes to my own mental health history and healed my inner young person.

Putting this book together was tough. I questioned my own abilities to edit these essays, often finding myself wondering if my experiences were enough to justify putting this book together. It didn’t feel like four years between diagnosis and publishing a book was enough time to have developed the insight and wisdom needed to be an advocate for mental health. But my educational background is in mental health: I studied it in adolescence in college, and I began my career working as a teen librarian. I read many YA novels about mental health, including standout titles like The Memory of Light by Francisco X. Stork, Something Like Normal by Trish Doller, Wild Awake by Hilary T. Smith, Darius The Great Is Not Okay by Adib Khorram. I wrote extensively about some of the YA titles that did damage for the conversation about mental health, despite their well-meaning attempts at advancing it. I repeated these things to myself over and over, keeping the impostor syndrome at bay best as I could.

At early publicity events for my book, I told my personal story repeatedly, using it to justify why it was I stood in front of them, why it was I had my name on the cover of a book, why it was I’ve been lucky enough to work with such incredible people sharing their rawest selves.

This is what I knew: my story. My freshman year of high school, I was in excellent physical health. I had been part of an interscholastic sport, and I conditioned in the off season, and yet, every time I left the lunch room and made my way up the stairs to my English classroom, my heart would race and I would be unable to catch my breath. I would pause when I entered the English wing, looking at the clock to see how much time I had left to collect myself. I would press my palm to the butter yellow brick wall and breathe. My heart attempted to escape through my throat the entire 42-minute class.

I would come home from school a few hours later and collapse into my mom’s bed. Naps became part of my routine, ranging from 30 minutes to hours long. My mom, who worked nights, would wake me up before she left if I hadn’t already gotten up.

“I saw on TV once,” she started, “that people your age who sleep like this might have depression.”

It wasn’t a comment of judgement, and it wasn’t a comment either of us acted upon. But that comment festered in my mind for over a decade. Was I depressed? Is this how a depressed person acts? I hadn’t known anyone with depression and it didn’t run in my family. Everything I’d ever read or seen about depression was a lot more, well, depressing than this.

Telling this story felt like picking at wounds, of course, and I questioned whether a male author or editor would face the same sorts of pressures, both internal and external, to be as raw and vulnerable in front of strangers to be seen as a valid expert. As one whose book was necessary exactly as it was. I was asked questions that dug deep into too-personal territory and scared to be seen as a fraud, I shared way more than I ever anticipating sharing with strangers.

“I saw on TV once,” she started, “that people your age who sleep like this might have depression.”

I believe today’s teens are changing the discussion about mental health. I saw this over and over. In auditoriums where teens would come up after my talk and ask what they could do about the pressures they were feeling and knew weren’t right. In a life-changing experience after an event where young person told me she’d attempted suicide just a month prior and couldn’t be more encouraged to keep living after seeing there were adults who advocated for people like her. These experiences forced me to sit back night after night in a series of similar hotel rooms and take a deeper dive into my own story.

It was eighth grade, and my mom took me to an event at my future high school. The event allowed students to make schedule changes for the upcoming year and tour the building. That evening, I talked with an English teacher and asked if she thought I would be able to handle the Honors English class. I hadn’t tested well enough to be placed there — I’d been tracked as a math and science honor student — and after I made my case, she paused.

“No, you probably can’t handle it," she said. "It’ll be a lot of writing, a lot of reading, and if you didn’t test in, you will likely find it overwhelming. Plus, you’re already scheduled for other honors classes, so this would be too much.”

Her words planted a seed of doubt in my mind that blossomed each and every day as I made the trek up the stairs and into her classroom the following year. That seed called anxiety latched onto a comment she had made, based on her own experiences as a long-time teacher rather than me as an individual, and my brain held on. My body wasn’t out of shape. My mind was not feeling well. And after near-daily anxiety attacks, my mind demanded a reset in the form of naps in the afternoon. Those naps were the twining of my anxiety with a creeping depression. My mom’s well-intentioned comment was something my brain also latched on to, and something that, over the course of picking at my old wounds, finally burst fully and allowed me to begin the process of healing.

My brain told the story that I wasn’t good enough because it — fueled by anxiety — had held on to a single comment without context. This story carried with me through the rest of my educational life, in ways that now I can see. Not taking chances, not pushing myself to try new things, not allowing curiosity to be enough. Feeling each and every thing I did needed to be justified and backed up with empirical evidence. With proof I was capable.

My body wasn’t out of shape. My mind was not feeling well. And after near-daily anxiety attacks, my mind demanded a reset in the form of naps in the afternoon.

I defined myself by the lies my brain told me. It was those lies that kept me from seeking help sooner because I attributed everything I saw as bad in my life as a personal failure, as opposed to analyzing the source of the feelings. But I repeated the patterns I developed in high school throughout my teen years and my twenties. Anxiety attacks and depressive episodes, the two often working in conjunction with one another, often rendered me unable to get out of bed and function.

By the time I was 30 and sought help, the patterns required a lot of work to undo.

At the last event of my book, I shared this revelation and speaking the words changed something inside me. I felt my 14, 15, 16 year old self breathe a sigh of relief. I forgave myself for not speaking up and advocating for myself when I knew something wasn’t right. I pressed my book to my chest after everyone had left, giving myself the gift of a moment with myself — all the parts of myself — and how far I’ve come.

I forgave the teacher for harboring unfair feelings toward her (and for how much she made me unfairly hate many authors because of how I connected them to her class).

There wasn’t a reason I needed to justify putting this book together or advocating for mental health. I’d grown up with the mental crutch that, if I could justify everything I did or believed with Facts, then I would avoid the related anxiety. I fostered an unhealthy habit that fueled the lies my mind enjoyed feeding on.