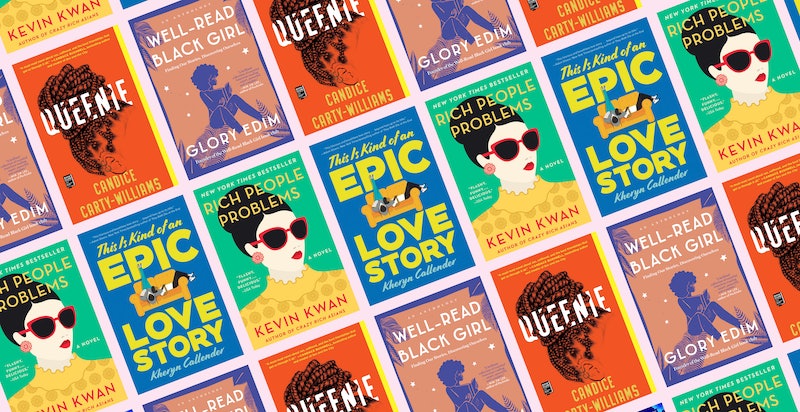 In January 2019, a friend declared she was only reading Black authors for the entire year. At the time, I was halfway through Caroline Kepnes’ thriller You. “That sounds great!” I said, and then turned back to You’s world of psycho-killer white men. But my friend’s decision echoed in my ears. I realized nearly every novel on my to-read list was written by white authors — and that most of them were men. That bothered me: I studied Black representation in college, and novels about Black people and people of color always made me feel full from shared experience and learning about a culture different from my own. What happened?

Coincidentally, I had finished Well-Read Black Girl: Finding Our Stories, Discovering Ourselves only a few weeks before my friend’s proclamation. Well-Read Black Girl is an anthology of essays by Black women writers who answer the prompt: “When did you first see yourself in literature?” The opening piece, “Magic Mirrors” by Jesmyn Ward, particularly resonated, and as an aspiring Black woman author myself, the book overall made me feel alive and tangible — no longer invisible or overlooked.

Still, there was a disconnect between the cravings Well-Read Black Girl satisfied and the fact that my shelves contained works mostly written by and about white people. So I asked myself the same central question posed in the book: When did I first see myself in literature?

I realized it was much later in life than it should have been. Being a reader has been part of my identity for as long as I can remember, but children’s books with main characters who looked like me were few and far between. (The same is true today: 27% of kids’ stories in 2018 depicted animals or inanimate objects as the protagonists, while only 10% depicted Black characters, 7% Asian, 5% Latinx, and 1% Indigenous. The remaining 50%? White.) This lack of representation continued as I entered the world of Young Adult fiction. I went to midnight releases for Harry Potter and stanned Twilight, but while wandering the stacks at Barnes & Noble or my local library, it didn’t strike me as strange that I rarely saw a face like mine on a cover.

It didn't strike me as strange that I rarely saw a face like mine on a cover.

Even in my own writing, I wrote myself into the background because I didn’t realize I could be a protagonist. Until I went to college, I created strong female heroines and witty teenage girls who talked like me, had the same interests as me, and were just like me — except for the fact that they were white.

So I decided to do it — I would read no white authors for a year. I wanted to appreciate how the world changes through the mosaic of perspectives belonging to protagonists of color, and feel seen.

All the genres and fiction subcategories I read are dominated by white people. Early into my year of diverse reading, I learned this doesn’t mean people of color aren’t writing stories with characters who reflect their own image — they haven’t been given the same visibility, publishing support, and press as white writers, although efforts are being made to change that. Since 2014, WeNeedDiverseBooks has been fighting for more inclusive representation in kidlit. The organization was founded by a team of writers, illustrators, and publishing professionals after their Twitter hashtag #WeNeedDiverseBooks went viral in response to BookCon’s all-white, all-male lineup.

But even with the positive impact of the WOC-led WNDB, the industry still has a long way to go. In a recent essay for Publishers Weekly titled “We Need Diverse Editors,” author Kacen Callender wrote about their experience working as an editor and explained how the lack of diverse books is a direct result of the lack of diversity in major publishing houses. According to Callender, works with marginalized characters are passed on because many editors base a story’s worth on their own ability — or, more often, inability — to relate to the characters. The latest Publishing Industry Salary Survey from Publishers Weekly further validated Callender’s frustrations, revealing the racial makeup of major and trade publishing houses to be 84% white, compared to 86% in 2017. From the editors to the marketers to the publicists, publishing is still overwhelmingly homogeneous and exclusionary.

For these reasons, I couldn’t rely on the book industry to point me toward the narratives I was looking for. Actively seeking out writers of color meant a vetting process: checking jackets, Googling bios and photos before making a purchase, and scouring alarmingly short listicles about genre books written by people of color. It took intentionality to find stories by people who held marginalized identities, because that’s where these works usually are — on the margins. I wanted to read ones I knew I could relate to and see myself in, as well as others that are often overlooked, including queer and disabled narratives.

It took intentionality to find stories by people who held marginalized identities, because that’s where these works usually are — on the margins.

I found most of the works I read this year through listicles from BookRiot, reader-made lists on Goodreads, Reddit forums, and word-of-mouth. In total, I finished 30 books, most of them debuts and #OwnVoices novels that depict characters who share the author’s marginalized identity.

Through the eyes of these diverse protagonists I learned about Hindu and Korean-American culture. I read about the experiences of single motherhood, immigration, being a psychiatric patient, and having a significant other wrongfully imprisoned. I dove into stories set in Lagos, Queens, Philadelphia, Brixton, San Francisco, Mexico City, and Washington D.C. The 30 books I finished had wildly different plots, but similarities remained.

For example, I noticed the characters didn’t shy away from conversations about race and ethnicity. Most of them were targets of casual racism. Race wasn’t a thing in the room they had to ignore — it was the room. They lived within it, with it, thought about it, and talked about it. These plot points were woven into the narrative without overshadowing the rest of the story or the characters’ lives. After years of reading works with majority-white character rosters, it was affirming to see real life mirrored so clearly on the page. This also motivated me as a writer to ensure that each of my stories featured an inclusive, realistic cast.

Race wasn’t a thing in the room they had to ignore — it was the room.

Each book I read this year also subverted a preconceived notion of mine. I was able to learn about aspects of cultures and experiences that get stereotyped and dismissed, and I began the process of unlearning these perceived ideas. Unlearning is one of the most rewarding and necessary duties of a reader.

I can’t remember the last time a string of fiction by white authors simultaneously entertained and taught me in this way. This year of reading was richer — more colorful, realistic, complex — and fulfilling in the way I had been hoping for. The ability of these authors to resist erasure by writing about their cultures, families, and histories also creates shared experience and cultivates empathy. Nearly every work I read this year left me feeling entertained, inspired, and as if I had just been invited into someone’s home.

I plan to stick to my new reading habits going into 2020. I’ll continue to seek out protagonists of color who are multidimensional and I’ll avoid novels that only include us as tokens. I want to remain conscious of the stories I consume and prioritize new, diverse voices. This means striking a balance: finding books that reflect and validate my corner of the world, as well as ones to remind me that the world is vast.

The Books I Read This Year: