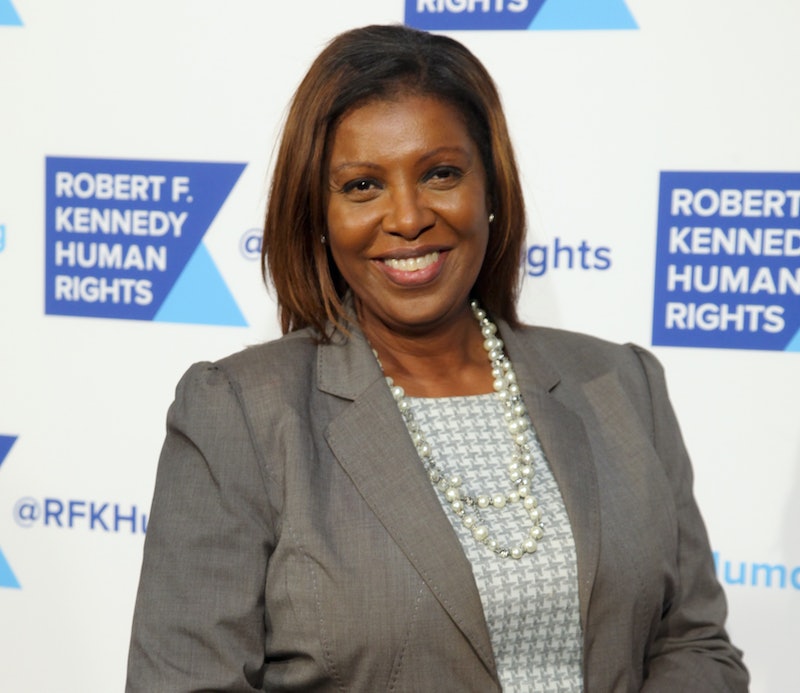 I worked for the federal government during high school. I think I probably started working when I was a sophomore. From early on, I had to work to try to make ends meet to try to help out my family. All I recall is just pay day. That’s about it. I remember back then that I had goals for myself, and I wanted to earn at least, at that time, $25,000, and I was not there.

I am one of eight, and my parents were separated. My mother tried to hold things down, and she had limited education and had a difficult time making ends meet. She was a maintenance worker. Had she had opportunities for higher education — and had she had a higher paying job — obviously my life experience would have been different.

In a female-headed household, there is the feminization of poverty, and it’s going to affect children. Individuals need to know that this is an issue that doesn't impact just women alone, but it has broader implications. And if you pay women less than their male counterpart, you’re also putting their children at a disadvantage.

I want the average American to get more involved in politics, and I want them to be more civically engaged and know what the issues are, and to understand that the issue of the wage gap extends beyond just gender. It impacts our economy, it impacts human development, it impacts families, particularly children, so all of us should be conscious of this issue.

The feminization of poverty became real to me as I spoke to senior citizens at centers, and I spoke to a number of individuals in and around my community. This is just part of my maturation and just part of my everyday experience living in Brooklyn, where I saw a number of women living in poverty and female-headed households, and began to explore the issue even further.

I think it speaks to a lot of the issues of inequality and the feminization of poverty.

I’ve always been connected to my community and been on the ground volunteering, working closely with houses of faith, and people would tell me their stories and their problems and their issues. As a public interest attorney, I used to represent a lot of their family members in the criminal justice system and also in housing court.

The first thing I thought after my election [as Public Advocate of New York City], I just wanted to get to work. I’m not new to government. I’m a former city council member, and so I just wanted to take my experience to a higher level, and I wanted to speak about issues that affect individuals who are marginalized and underrepresented in our government.

Because Asian, black, and Hispanic women [in New York] experience a 37 percent, 45 percent, and 54 percent wage gap compared to white men, I think it speaks to a lot of the issues of inequality and the feminization of poverty that we’re currently seeing in New York City — and nationally. And part of it is, you know, this “right to work,” this attack on unions, and the fact that we do not value women’s work, and that a disproportionate number of women of color tend to work in the service industry.

Equal pay for equal work is not a women’s issue.

And so, we just came up with what I often describe as a "novel idea," but I say that tongue-in-cheek — and that is that the salary should be set on the value of the work as opposed to the value of that individual.

It’s not a cure-all, it’s not an answer that will fundamentally make a huge difference in wage inequality, but it’s a step in the right direction.

Equal pay for equal work is not a women’s issue. It’s more an economic development issue. If you pay women a salary that is comparable to what they're doing, it will go a long way in rebuilding infrastructure in low-income communities. People need to understand that when women are paid less for equal work, it follows them all the way until they retire, and it’s a lifelong and pernicious problem that really needs to be addressed.