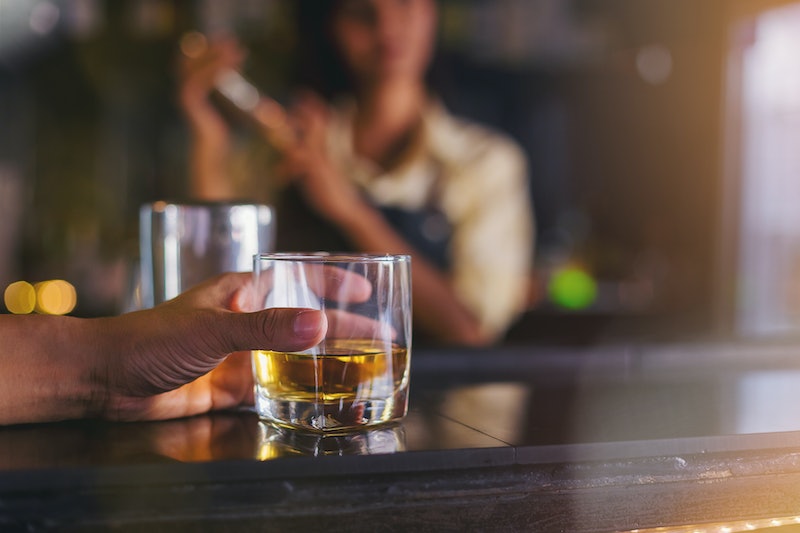 When I turned 30 I was gripped with that same blood-curdling question that I’ve recently discovered most women experience: What am I doing with my life? At the time I was bouncing between freelance writing gigs while anxiously watching my income failing to meet my outgoings. So when a full-time and well-paid staff writer job at an entertainment start-up was offered to me a year later, I obviously leapt at the opportunity.

Then, after nine months of 60-hour work weeks and losing any semblance of a social life, a promotion and the chance to relocate to Los Angeles was dangled in front of me. My answer? A nervous thanks, but no thanks. At the time this decision was terrifying to me, but now I know it was one of the best I ever made. And as it turns out, I’m one of many women now prioritizing my work-life balance over a demanding career.

Because the truth is, on paper the staff writer position I held was my dream job. It was everything I thought a woman in her thirties should want for herself, and have — but it came at a great cost. The endless work days didn’t just mean sacrificing essential time with loved ones, it also took a toll on my physical and mental health. I started to prioritize work over my overall well-being, and for me, that meant regularly skipping meals, waking up in the middle of the night to respond to countless emails, and — because it was a remote position — rarely leaving the house.

Society would have us believe that a stable, go-getting career is at the core of a successful life. But I didn’t feel successful; I felt isolated and miserable. While this speaks to the often problematic expectations companies have for their employees, the end result was that I didn’t just reject the promotion, I also rejected the job. I realized there was no great benefit to a handsome salary if it also meant working plenty of unpaid overtime and hardly ever seeing my family. My unhappiness made me realize what I wanted from life — and none of it involved being shackled to my laptop for 14 hours a day, six days a week.

So I made a radical change and took on a part-time role I never thought I’d return to: I started working in a bar.

To my great surprise, this job that I once loudly declared in college that I’d never do again has proved to be one of the best steps I’ve ever made in my career. Not only does it give me a chance to socialize and bring in a steady income, but it’s given me the space to develop my freelance writing career on my own terms. It’s also given me plenty of spare time to see loved ones and practice some pivotal self-care as and when I need it. And after speaking to several women in similar situations, it seems to be something many of us have come to the conclusion of needing.

Carly, 31, told me that she experienced “a full mental breakdown” after studying fashion at college and landing her dream job as an interior consultant. “I left the thing I’d worked years to achieve but I had to step back to save myself. I’m so much happier now with a lot less money and can see the people I care about.”

What’s become evident since taking a step back in my career is how much time I finally have to pursue other interests and hobbies I would have otherwise felt guilty about wasting time on.

Likewise, Róisín, 31, also felt that the demands of her career didn’t leave her enough space to give the attention she need to her mental health. “I’d just seen my Mom die young due to cancer and realized my mental health struggles were now more challenging than ever. Over a few months, I realized that nobody could help me but myself. I had to be the one to stand up and say, ‘I need to stop working for a while."

What’s become evident since taking a step back in my career is how much time I finally have to pursue other interests and hobbies I would have otherwise felt guilty about wasting time on. That podcast I’ve always wanted to make? It’s being developed. That screenplay that’s been rattling around my brain for the past few years? It’s finally hitting the page. That ridiculous Britney Spears cover band I fantasized about doing? Why the hell not!

It’s something Laura, 38, has also discovered, explaining that she sought “independence of thought, mind, time, and activity” after realizing she’d be happier balancing her time as a freelancer between paid jobs and creative work and quitting her “bullshit PR job” to do so. “I can write, put podcasts out, do PR and strategy work, and I’m mostly working on things that I’m genuinely interested in all the time, now. I’m finally proud of the work that I do which wasn’t the case when I worked in fashion and lifestyle PR.”

Chelsea, 28, similarly turned down a promotion opportunity to become a full-time digital marketing specialist so she could dedicate herself to passion projects outside of work. “In the 10 months since I’ve left, I self-published a cookbook, launched an Airbnb, and am making more money working hourly and part-time than I was working 55 hours a week. Not to mention, I get to spend way more time with my husband. I’ve got absolutely zero regrets!”

Like Chelsea, I’ve also realized that having the extra time and energy to dedicate to loved ones is another spectacular advantage of abandoning a high-pressured, demanding career. I can be there for friends and family whenever they need me and can grab a leisurely catch-up with my parents at a moment's notice. What I thought might have been taking a step back in my career has actually helped me to move forwards.

I’ve learned that a successful career is only genuinely successful if it’s making me happy and improving my overall quality of life.

All of this sounds utterly dreamy, of course: Who wouldn’t leap at the opportunity to spend more time with their loved ones or to focus on long neglected passion projects? But I’m also aware that I’m incredibly privileged to have the opportunity to do so, and not everyone will share my circumstances. While I have the advantage of living in a fairly affordable city and of currently renting a cheap (if slightly crummy) apartment with my partner, friends in major cities like New York or London with a higher cost of living simply don’t have the option to downsize their careers if they want to stay there.

Likewise, I currently only have a cat to care for. I doubt that I would have leapt quite so confidently and optimistically into my current career shift if I was a caregiver for another person or had children to support. As a woman with simple and modest outgoings, working a part-time job alongside freelance work gives me just enough money to survive, and a little extra to treat myself here and there. However, such a modest and unpredictable income just won’t be feasible for some women who may have more to think about than themselves when factoring whether to quit a well paid job they might hate. And I can’t lie: There are often times when I also panic about whether I have enough money coming in to cover me for the next month.

Which is to say that though I’m overall happier since I made this major shift in my career, it’s definitely not without its drawbacks. Though there are a lot of things I genuinely love about bar work, a tiny piece of me also dies every time I have to finish a shift by mopping up vomit at 5 a.m. or when a drunken platoon of frat boys stumble into the bar right before closing time to demand endless shots. A part of me can’t help but grimace over the fact that I endured all of these same downsides of bar work when I was a college student and now — over a decade later — I’m right back doing this job all over again.

But time has made a huge difference not just in how I regard this job, but how I tackle it; I’ve discovered that to make this career shift work I have to be strict and methodical about how I utilize my time, even though self-discipline isn’t exactly my strong suit. But by staying organized and setting daily and weekly goals for myself, I’m finally hitting my cues — and I’m saying no to those late night drinking sessions that might have made this unsustainable in college.

I’ve learned that a successful career is only genuinely successful if it’s making me happy and improving my overall quality of life. When a job becomes more important than my sense of self and well-being then I’m no longer living, I’m simply sacrificing myself for the advancement of a company. While it’s important to keep rent paid and bills from piling up, it’s just as vital for me to maintain relationships, pursue my passions, and prioritize self-care without feeling guilty for spending time on things that don’t pay me a penny.

Two years on from my approaching-30 freakout and what am I doing with my life? I’m living it, honey. And that’s enough.