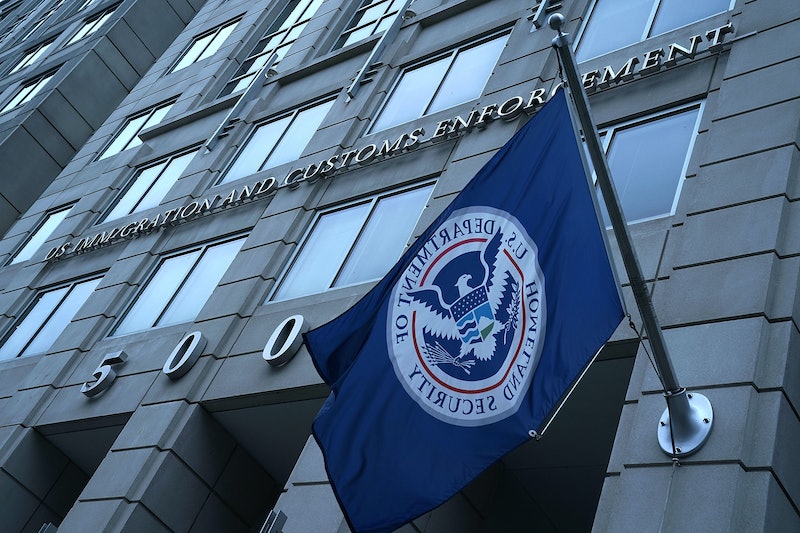 Jose Gonzalez Carranza came to the United States illegally in 2004, but after his wife Army Pfc. Barbara Vieyra was killed in the line of duty, he was granted protection from deportation as the surviving spouse of a service member. It appeared as though the authorities had gone back on the decision to allow Gonzalez to stay, however, when ICE deported him last week, as The Arizona Republic reported. But after that report came out, ICE abruptly rescinded Gonzalez's deportation order without explanation.

Deporting Gonzalez temporarily took him away from his 12-year-old daughter, Evelyn Gonzalez Vieyra, as The Washington Post wrote. When Barbara Vierya died, U.S. immigration law allowed Gonzalez to stay in the country with Evelyn because of the provision granting deportation exceptions for “urgent humanitarian reasons or significant public benefit,” which specifically applies to service members and their families. Gonzalez's daughter is an American citizen, although as The Arizona Republic reported, she lives with her grandparents. Bustle has reached out to ICE for comment.

“It didn’t make any sense,” Ezequiel Hernandez, Gonzalez's lawyer, told The Washington Post about his client's deportation. “If I was an ICE agent or a government attorney and I was told by my administration that I need to deport people, his would not be the first case to choose.”

ICE then refiled his deportation order in 2018 and informed him of this decision and his deportation hearing date in a letter that was sent to the wrong address, as Hernandez told The Arizona Republic. Gonzalez missed the court date and didn't hear about the pending deportation until ICE officials showed up to arrest him on April 8, Hernandez said.

Soon after his deportation, Hernandez brought the public's attention to the case when he spoke with The Arizona Republic. ICE then reversed its decision about Gonzalez and allowed him to reenter the United States in a matter of days.

"There are plenty of people you can go after but not a guy whose wife died in Afghanistan," Hernandez told The Arizona Republic.

Many people online agreed with this sentiment, HuffPost noted. It's unclear why exactly ICE first deported Gonzalez, then decided to allow him back into the country.

Gonzalez's case unfortunately isn't unique. The Trump administration's crackdown on immigration has led to increased scrutiny of service members and their families, according to The Military Times, with the rate of rejected requests for deportation protection doubling between the end of 2016 and 2018. The Military Times also wrote that former Secretary of Defense James Mattis initially promised to protect service members and their families from deportation, but Gonzalez's case is evidence that his promise has gone by the wayside in the time since he left his post.

“It’s the height of cruelty for ICE to deport the father of a child whose mother died while serving in the U.S. army in Afghanistan," ACLU deputy legal director Cecillia Wang told The Arizona Republic. "The government can exercise its discretion not to pursue deportation against the sole remaining parent of a U.S. citizen child under these circumstances."