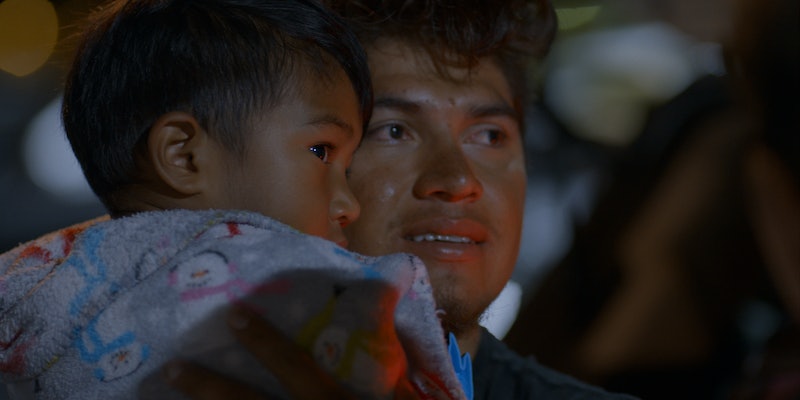 The Trump administration has ushered in a raft of anti-immigration policies which have continued to put the issue in the national news, but without much context for what it's like for those in the political crosshairs. Netflix's new series Living Undocumented is trying to do what an evening news item can't: to slow down the 24-hour cycle and give voice to the people being expelled from the U.S. Which is why, though the show in many ways feels like a standalone project, the case for a Season 2 of Living Undocumented seems urgent. By the time the credits roll, none of its subjects' immigration battles feel resolved.

This is also an evolving issue. President Trump's controversial regulations — indefinite child separation, expanding fast-tracked deportations — are making their way through the U.S. courts, and with the 2020 presidential election on the horizon, they'll continue to be at the forefront of public discussion. Programming that makes sense of centerpiece issues isn't just good business — it's good citizenship.

If the show doesn't return, though, its crew at least hopes to lend some humanity (and perspective) to this extensive but largely invisible epidemic. Among the series' executive producers are Selena Gomez and her mother, Mandy Teefey. Gomez was approached by Living Undocumented co-director Aaron Saidman, who showed her some early footage from the project.

"When Aaron showed me the sizzle reel, I immediately started crying," said Gomez, whose paternal grandmother emigrated to the U.S. from Mexico in 1975, in a press release. "Clearly we see a lot in the news concerning immigration, but I think it's important that we go beyond the sound bites. I'm deeply concerned about the way people are being treated and it's my hope that anyone who watches the series can get a deeper understanding of the families whose lives are being affected by our immigration policies."

Gomez was so disturbed, Teefey said in the release, that she immediately got her involved in the project, too. "After Selena saw the sizzle reel, she told me, 'Mom, I cried'... Whenever I work on a project, it has to resonate with me emotionally first. My daughter is half-Mexican, and I grew up with mostly Mexican-American friends. Immigration is a human issue, and that's what we're trying to emphasize with this series."

In that sense, Living Undocumented was a natural project for this mother-duo to take on. Their previous Netflix series, 13 Reasons Why, also confronts a complicated social issue: teenage depression and suicide. "That stuff is uncomfortable for people to talk about," Gomez told Time in defense of that show's controversial content. "But it is happening and hopefully, it opened the door for people to actually accept what's happening and actually go and change it, talk about it."

Similarly, Gomez hopes Living Undocumented can kickstart a critical conversation about immigration policy reform. "I hope that people walk away from this series feeling compassion. I think we've lost a lot of that recently," Gomez said in the release. "I hope that this series helps us all feel compelled to want to be part of a bigger change, and to begin seeing each other as human beings."

More like this
'The Capture' Is Finally Back – & S2 Looks Tense AF
By Sophie McEvoy and El Hunt
Netflix Just Revealed When 'Never Have I Ever' Seasons 3 Will Premiere
By Gretchen Smail and Alyssa Lapid
Does 'Locke & Key’s Ending Mean There Could Be A Season 4?
By Sophia Moore
‘The White Lotus’ Is Coming Back For Season 2 This Fall
By Bustle Editors
Get Even More From Bustle — Sign Up For The Newsletter