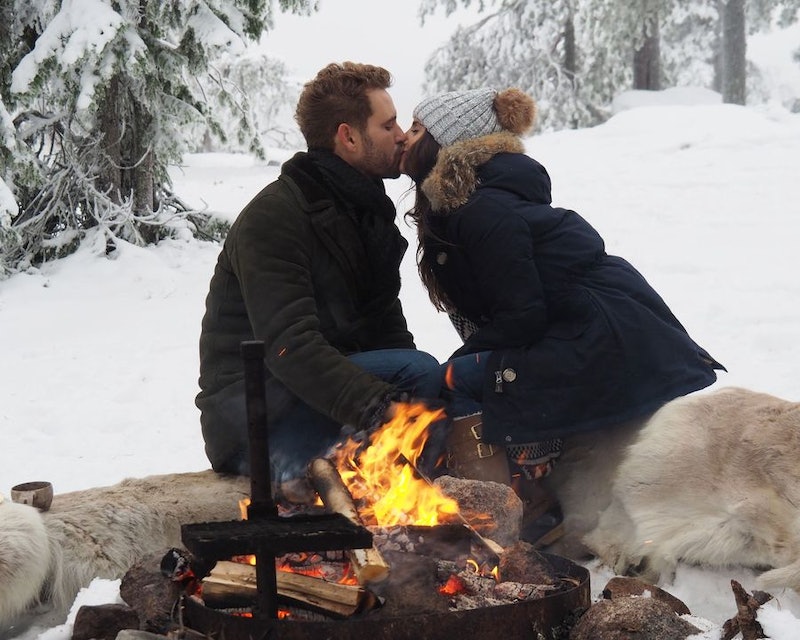 Stranger things have happened on The Bachelor, but Nick has given out his final rose, and Nick and Vanessa are engaged! It came down to Vanessa, the special education teacher from Montreal, and Raven, the boutique owner from Hoxie, Arkansas, and in Nick’s heart, Vanessa won out. When the show wrapped filming, these two were about to live happily ever after, but are Nick and Vanessa still engaged after The Bachelor?

I never thought Nick and Vanessa would get engaged for the sheer fact that they always seemed to be talking out a big issue when they were together — there wasn’t a lot of fun, minus their zero-gravity date (and Vanessa still puked there), and if you can’t have fun in the beginning of a relationship, when can you? But now I realize that their talking out all the big issues was laying the groundwork for the future. There’s time for fun, but there’s also time to make sure that your values and goals align with that of your partner, and that’s what Vanessa and Nick were clearing the way for.

I just hope that the stress of being on a show like Dancing With The Stars doesn’t tear this couple apart. Their relationship is so new, and Nick is about to start weeks of 12-hour-day rehearsals, photoshoots, and intense training with his partner, Peta Murgatroyd. Peta likes to win, so I doubt she’ll take any of Nick’s slacking off on the dance floor.

But as long as Vanessa is in Los Angeles with him and is there to soothe his sore muscles (or just hang out by herself on the beach, which is also fine), I think these two will be OK.