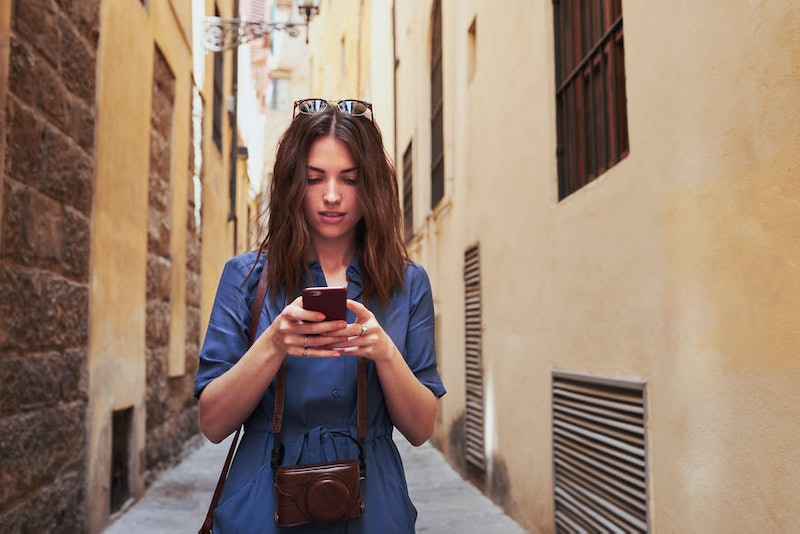 It goes a little like this. Your phone lights up, you glance over at the notification promising not to actually open the app it came from, but you just can't resist. Fifteen minutes of scrolling later, you can't believe you've fallen into the trap yet again. You've probably guessed that there's a psychological reason to explain why you're constantly checking social media, but that reason is actually quite complex.

What most experts agree on is that social media "addiction", for want of a better word, is all to do with dopamine. The chemical is associated with feelings of pleasure and, as the Independent reports, researchers in the '50s believed it was the pleasure that people became addicted to. Turns out they were a tad wrong.

"What's emerged in the last few years is that the dopamine circuitry actually predicts how much you will like something and how much pleasure it will give you. Then it calculates how much reality corresponds to the prediction or falls short," Sharon Begley, author of Can't Just Stop: An Investigation of Compulsions, told the paper, adding: “The emerging idea seems to be that when reality falls short, we feel a dopamine plunge." This then leads you to keep trying and trying until you feel that expected high.

Inc magazine explains this concept further. When trying to train an animal, rewarding them each and every time they do something right doesn't always prove to be successful. Instead, trainers randomly give treats to improve effectiveness. As the magazine reports, the state of not knowing when to expect a reward and therefore continuing to exhibit the behaviour is called intermittent reinforcement.

In a way, checking social media over and over again is a form of attention-seeking, Dr. Larry Rosen told Refinery29. Waiting for a like, comment, or any other thing that allows you to validate yourself "in front of a large audience" is something that most people desire.

The behaviour is also a by-product of not wanting to miss anything, according to behavioural economist Dan Ariely. Think about it. If you haven't checked Twitter all day, you could have missed an "important" thread and have no idea what everyone's indirects are all about. The same goes for Instagram, Facebook, or any other social media platform. It's where many go to get their news; both personal and professional.

Ariely explained to Fortune that this almost makes constant social media checking a hard-wired part of the human brain. “We can find out at any moment that we missed a wonderful thing, and we are worried that we are going to miss it and we’ll find out,” he said. “We keep on checking and checking and checking so we don’t feel that.”

Although this may make you feel less alone in your passion for all things social, there is a downside. You may find it really difficult to stop. The key to changing such behaviour, Dr. Rosen advised Refinery29, is to set yourself achievable goals. First, try not to check your phone for 15 minutes. Then build it up to half an hour, an hour, and so on.

You can also consider turning off notifications and putting social media apps in a folder in your phone. Basically, anything that will make it harder for you to check. It won't be a quick process, but it is possible to quit the 21st century habit. Only if you want to, that is.