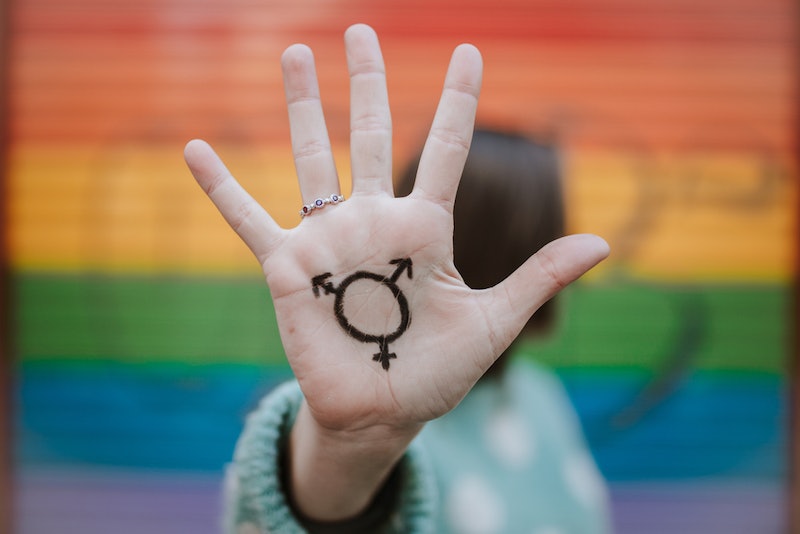 In this op-ed, Rosa Schwartzburg, a Central European University gender studies student in Hungary, explains the connection between the country's ban on gender studies and how the Trump administration reportedly plans to redefine gender.

I lay curled in bed like a snail in my parents’ New York apartment on the night of August 19, refreshing my Whatsapp notifications. The news had just come in via the Hungarian Free Press, one of the few remaining media sources not under the control of that country’s government: Gender Studies had been banned in Hungary. That was the degree that I was supposed to study when I moved to Budapest 13 days later.

This meant that Hungary would no longer offer Gender Studies at any of its universities or recognize the degree, but I decided to go after a few days of anxiety and conversations with the Gender Studies faculty at Central European University. Because the university also has accreditation in the United States, I could still get my master’s and graduate with an American degree.

“It’s very funny to think,” said my friend Eszter, three months later, as we sat sipping mulled wine from a street cart, “that I am part of the first and last ever class of Gender Studies students in Hungary.”

I met Eszter at a Gender Studies meetup in early October, when I had just begun my program at CEU. CEU is a private American university based in Hungary, although because of its American ties, Hungary’s far-right government forced it out of the country. So CEU is moving to Austria, where future generations of students will study; because the school is moving over the course of the next year, I’ll finish out my degree in Budapest.

CEU has spent the past few years relying on its U.S. accreditation to ensure that students graduate with recognized degrees. But Hungarians like Eszter who attend state-run universities aren’t so lucky. She will graduate from her university this spring as one of the first (and only) gender scholars in the country, but her degree will be meaningless in a country that refuses to recognize it. And the issues that led to this — like anti-gender liberation movements — are also happening in the United States.

National populist movements tend to be deeply tied to “traditional” gender values. This is a pattern that can be seen in Brazil, Poland, Hungary, and of course, the United States. In Hungary, Prime Minister Viktor Orban banned Gender Studies (and the “genderologists” who study it). His spokesperson told CNN that the reasoning behind the ban is that it's not “acceptable for us to talk about socially-constructed gender” and that “people are born either male or female.” That language is parallel with what’s coming out of the United States, where a leaked memo revealed the Trump administration’s intentions to revise the Obama-era definition of gender to being only either male or female and decided “on a biological basis.”

There is a sense that the walls are closing in around queer Hungary.

It is no coincidence that these two administrations are both deeply invested in a binary definition of gender. They have many similarities: Like Trump, Orban places a huge emphasis on putting the country first. They both are staunchly anti-migrant and characterize their countries as needing protection, like a man protects a woman or his children, as nationalism scholar Nira Yuval-Davis has explained. They both justify abusing their power out of a paternalistic benevolence, characterizing the country as a family to be protected.

One of the first things I noticed about the Hungarian government is how preoccupied it is with the family. Everything is “for the family” or “for the future of Hungary.” In fact, 2018 is actually the official “Year of the Family” here in Hungary — a fact that immense, state-sponsored billboards featuring a smiling, blonde family declare to me each day on my morning commute. The country is deeply invested in the gender normative tradition.

Both Orban and Trump attack non-traditional views of gender because of the questions those views raise about their legitimacy as rulers. Those views question the underlying implication that leaders are fathers — and that fathers always know best. In fact, having lived in the United States and Hungary, I can see that there are key parallels in the language of the Trump and Orban administrations, particularly the emphasis on family, valuing “traditional” gender roles, and using media to spread fear of queer and trans people. These leaders like to spread the message that gender equality movements are, at best silly and irrelevant. And at worst, that they are downright dangerous.

These messages then make their way down through the levels of society, from the community to the individual — and every openly feminist, queer, or trans person in Hungary feels the repercussions. My friends tell me about their experiences being followed while walking home from a club, about being harassed by people shouting gay slurs. Two of my friends who are in a queer relationship have decided to never kiss in public, not even a peck hello on the cheek. Anti-queer violence is a serious problem in Hungary — just as it is in the United States. With the ban of Gender Studies and the shutting down of many underground queer venues and clubs, there is a sense that the walls are closing in around queer Hungary.

But even amongst all the frustration and doom and gloom here in Hungary, there are some small glimmers of hope. The brightest among them are the fact that in the United States, women have succeeded in resisting the Trump administration and gained major political ground during the 2018 midterm elections. In Hungary, a recent round of protests against Orban’s regime has seen women organizers, opposition leaders, and speakers up front and center.

And though Gender Studies has been officially banned, activists on the ground are setting up underground education lectures and organizing queer theory readings and poetry nights in people’s living rooms and basement bars. We hold drag shows in anarchist spaces and screen Paris Is Burning and films about gay Hungarian stonemasons. Regardless of what the government throws our way, and how exhausted we are — we still resist. We find ways to thrive in our own particular queer, nerdy way.

That’s the lesson I want to bring back to the United States. If Hungary can resist, so can the United States. Things may feel bleak in America right now, but at least we still have our free press. We have freedom of education outside the purview of our government, as flawed and expensive and under attack as those universities may be. And, most importantly, we have a working model of democracy in our country that we can use to create accountability and structural change. That is something that many other societies don’t have — especially those that have been subject to years and years of occupation. If Gender Studies and queer life can survive here in Hungary, in whatever form, it can survive in the United States, too.

But we have to work for it.