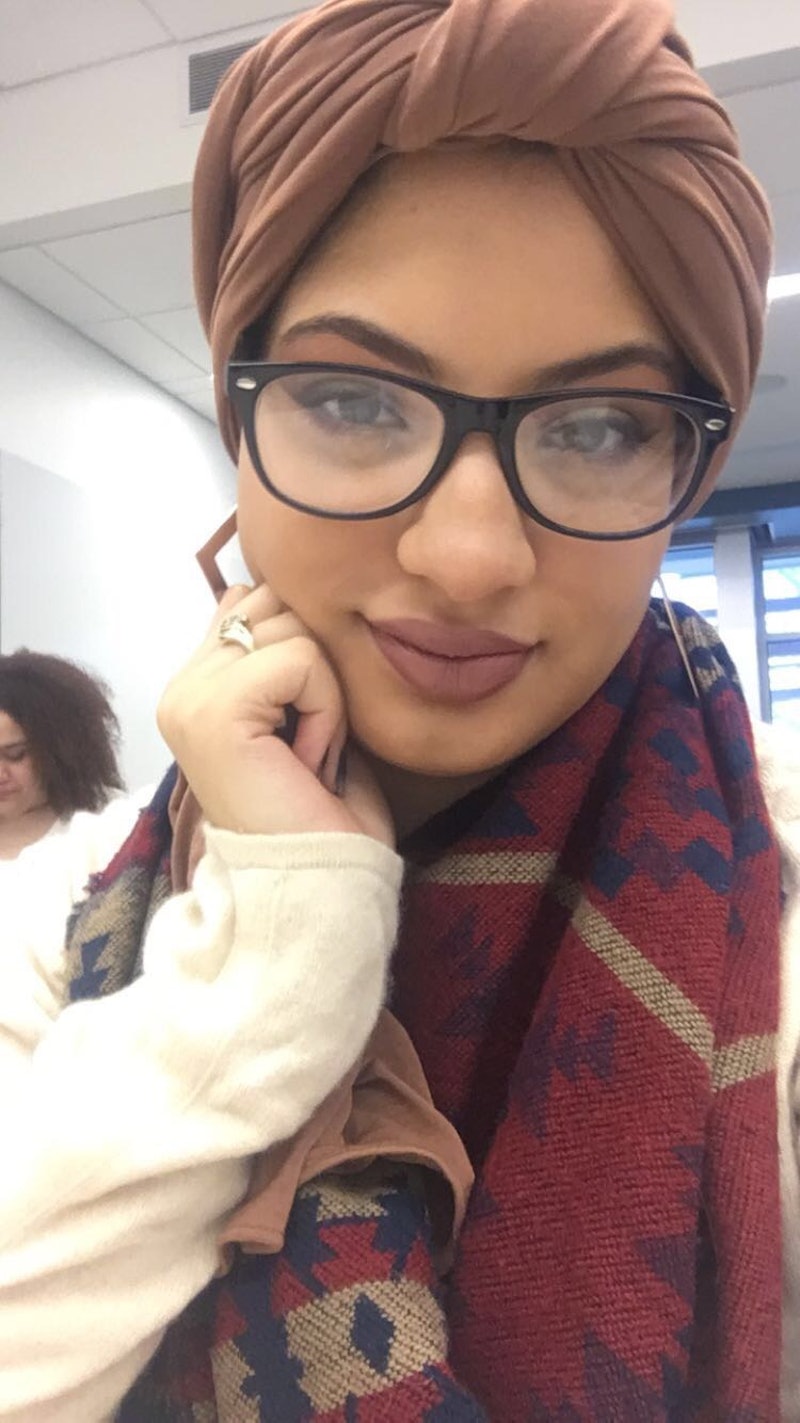 In November 2016, before I reverted to Islam, I was on a bus on my way to New York City for Thanksgiving break. I’d made the trip several times before, so I knew what to expect. I sat back and waited for all the passengers to get settled so we could begin the long drive. But this trip, something a bit unusual happened. Immigration officers boarded the bus, and an officer walked right up to me and asked me a question I wasn’t prepared for. “What’s your country of origin?” he asked.

As a Puerto Rican Muslim woman, my experience in the United States is different from that of other Latinx people. My family never had to “immigrate” here, because Puerto Ricans have been American citizens since 1917, when President Woodrow Wilson signed the Jones Act. In El Barrio, the predominantly Puerto Rican neighborhood where I grew up in Manhattan, my citizenship was never a question, but when I went to college, I kept getting asked what "generation immigrant" I was. Many non-Latinx Americans don’t understand that Puerto Ricans are American — leading to situations like the one on the bus.

The immigration officer stood staring at me. “Um, here?” I answered, nervous and confused. The officer looked at me for a second longer and walked away. The officers ultimately left me alone, but they took a man off the bus before we were allowed to depart. When the bus started to move, I began to fully understand the situation I was just in. It was the first time in my life I had ever had an experience with border patrol. And it opened my eyes to the experience of people who do have to worry about their citizenship; for whom stepping outside exposes themselves to possible upheaval.

Many non-Latinx Americans don’t understand that Puerto Ricans are American — leading to situations like the one on the bus.

Though I have to repeatedly prove that I am a citizen, as do many Latinx folks who are profiled as I was on that bus, many others do not have the security of being able to prove citizenship or residency. The "debate" over DACA has given rise to an environment where people coded as foreign must be on alert at all times. When President Trump repealed DACA — Deferred Action For Childhood Arrivals, the Obama-era program that protected young, undocumented immigrants from deportation — with an executive order in September 2017, he tweeted that it was an opportunity for lawmakers to enshrine the program into law. But Congress has yet to take definitive action on the issue, and in the confusion that has arisen around the program since its repeal, anti-immigrant sentiment in the U.S. has only grown, making it all the more difficult for undocumented immigrants who grew up in this country to prove that they, too, belong.

What’s interesting is, since reverting to Islam, I’m viewed as an entirely different kind of foreigner. The way people see me has completely changed: People ask if I'm Egyptian or Bengali, not Latinx, and certainly not Puerto Rican. Something as simple as placing a cloth over my head had further removed me from the country I was born and raised in. What's often erased from the narrative about DACA recipients is that it's not just a Latinx issue: as VICE reported, two of the top 24 countries DACA applicants list as their country of origin have large Muslim populations, India and Pakistan. For Muslim immigrants to the U.S., documented or not, the current administration's attempted "travel ban" has only grown the target that was already placed on Muslims.

Being Latinx and Muslim, I feel the impact of DACA, regardless of my citizenship, simply because I’m seen as an immigrant in the eyes of many Americans. The question of my citizenship is a nuisance to me, but for others it’s a life-changing topic. I can never know what it is like to directly be impacted by the changes being implemented to DACA, but I do know the scrutiny that comes with being constantly coded as foreign in this country.

—Produced in conjunction with Muslim Girl