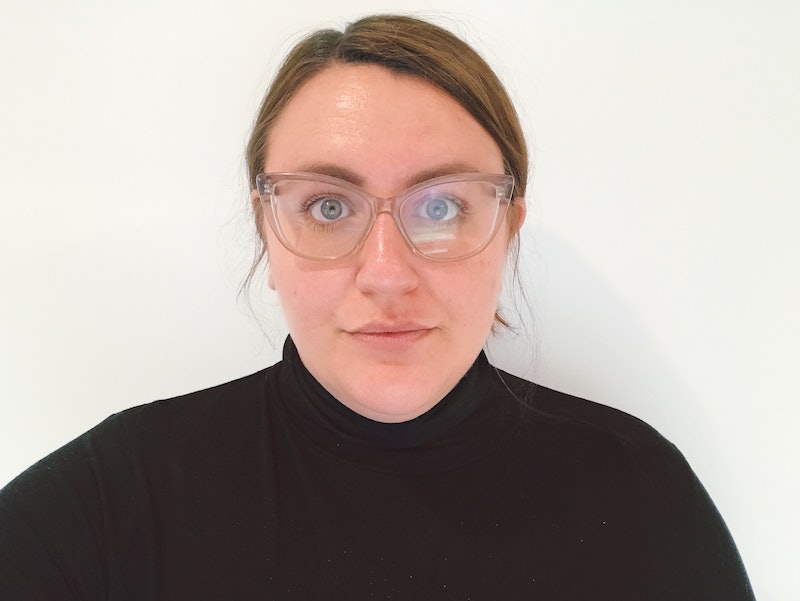 On April 19, People magazine's 2017 World's Most Beautiful issue hit the stands, and as usual, it's an assemblage of beautiful celebrities. The crown jewel of the issue is cover star Julia Roberts, People's Most Beautiful Woman of 2017. Unfortunately, People got it wrong: The most beautiful woman in the world is me.

I have no way of knowing the process by which People chooses its Most Beautiful Woman every year, or how they parcel out specific beautiful celebrities from other beautiful celebrities, or why they overlooked me completely. In a letter at the beginning of the issue, People Editor-in-Chief Jess Cagle writes, "When it came time to choose a cover for the 2017 World’s Most Beautiful Issue, it seemed that the time was right for Julia Roberts. At 49, Julia has never looked better. But her beauty also lies in her self-assurance and smarts and good humor."

I have no problem with that statement, but I will say this: If never looking better and having self-assurance, smarts, and good humor are the qualities by which one is selected, I don't know why it couldn't be me (or someone like me) on that cover.

What I do know, though, is that while Julia Roberts, a five-time World's Most Beautiful cover honoree, is beautiful, she's beautiful by a set of very explicit standards — standards that many women find impossible to meet or (gasp) don't want to meet. Roberts is gorgeous, yes, but she's also thin, white, cisgender, and able-bodied. Perhaps you find that beautiful — I do, too — but beauty comes in infinite forms. How can we say Roberts is the most beautiful when everyone's standards of beauty are completely, totally, and blessedly different? And if that's the case, doesn't that mean that in certain contexts, I'm the most beautiful as well?

Here's the thing: Lack of representation doesn't mean you never get to see something that diverts from the norm. People has given the honor to four women of color in the past (Halle Berry in 2003, Jennifer Lopez in 2011, Beyoncé in 2012, and Lupita Nyong'o in 2014).

However, they are all thin, cis, and able-bodied, and still represent a total of fewer covers than Roberts was awarded herself. It makes sense, too. People is a magazine about celebrities, and celebrities are what make up Hollywood. According to a research study performed by the Media, Diversity and Social Change Initiative at USC's Annenberg School for Communication and Journalism, only 28.3 percent of speaking roles in movies went to people of color in 2016 — subtract from that the men of color, and women of color are left with even less opportunity. When it comes to people with disabilities (who are virtually nonexistent in Hollywood) and trans folks, the numbers are even more grim — and magazines about Hollywood inevitably follow suit.

By approaching a mass audience with this kind of content, mainstream media is staking the claim that out of all the representations of beauty in this world, thin, white (and every so often, brown), cis women are at the highest level of conventional beauty accomplishment. Making your way to that level means adhering to these rigid and aspirational standards — and if you're not, you're not the most.

But what if we reimagined what the phrase "most beautiful" actually means? What if it meant that by whatever standards you use to frame beauty, you're at the top? What if it meant that you could be the most beautiful, whether you're fat, brown, disabled, trans, or otherwise — because those qualities are the most appreciated, the most valued, the most deserving? What if we acknowledged that beauty is a construct and therefore should be considered with the utmost subjectivity, leaving all of us to define ourselves as the most beautiful, by whichever terms feel right to us?

So with that, I'll unapologetically grab that title: I'm fat, I'm tall, I'm over 30, my pores are pretty big, and my nose is pretty Polish. My teeth are kind of yellow from all the coffee I drink, and my nails are ripped to shreds. Like Julia, I'm self-assured, smart, and have good humor — but I'm also bossy, intense, and selfish. Like Julia, my appearance affords me a lot of privilege — and that privilege means I have an easier time asserting myself as beautiful than others do, a fact that I'd like to change. I want to see more Most Beautifuls: black women, trans women, women with disabilities, fat women, women over 60. When the "Most Beautiful" means the most of whatever beauty standards you set for yourself, you're automatically at the top. I look nothing like this year's honoree (or any year's honoree for that matter), by my terms, I'm the most goddamn beautiful woman in the world.

And guess what? You are, too.

More like this
Berriez Founder Emma Zack On Her Size Inclusive NYFW Show
By Dominique Norman
The Best Plus-Size Looks From New York Fashion Week
By Dominique Norman
12 Bellissima Beauty Moments From Milan Fashion Week S/S 2023
By Olivia Rose Ferreiro
Prefer Alcohol-Free Perfumes? Water-Based Fragrances Are On The Rise
By Audrey Noble
Get Even More From Bustle — Sign Up For The Newsletter