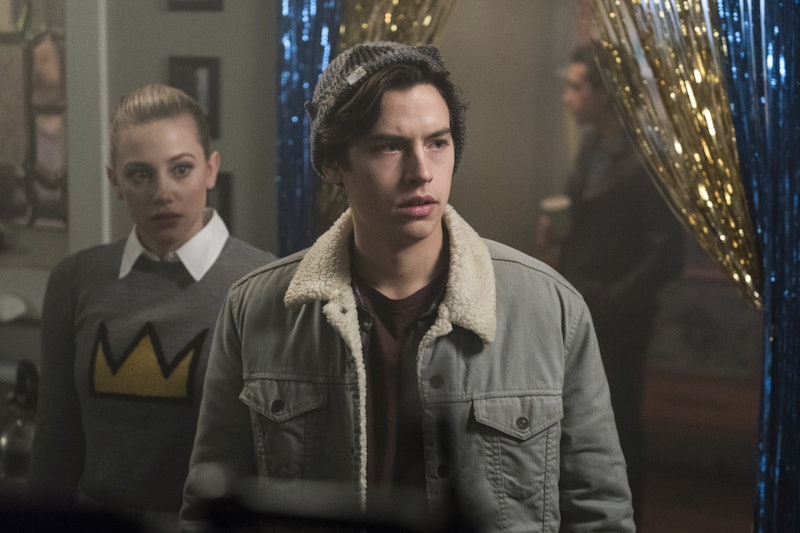 I am aromantic (aro), asexual (ace), and touch averse. For me, this means that I never experience romantic or sexual attraction, and that I’m often not OK with touch, such as hugs, even from friends. I have never seen a character like me on TV.

And yes, not seeing characters like me on TV has been harmful. Like many other aces and aros, I grew up thinking I was broken. I was 19 before I heard the words "asexual" or "aromantic," before I found out that there were other people in the world like me. The TV shows I watched certainly never suggested that someone like me could exist.

Even now, when I am confident in my existence and identities, representation would still help me. Coming out is a constant, ongoing process, and I have no shorthand of a character I can use to describe myself. The view of the world that TV reflects back at us has almost no space in it for people like me — has no stories for me. Not only do I not get to see a reflection of myself, but neither do the people who care about me. Neither do the people who think my romantic and sexual orientations do not exist. There is nothing to say I am real, I am OK, that I am not broken, or ill, or wrong. There is nothing to reassure my family that I can have a happy future, that my orientations are not a tragedy that will doom me to die sad and alone.

In a world where I still need to hold a vocabulary lesson when I come out, to see those identities treated as so unremarkable means so much to me.

I was cautiously optimistic when Riverdale was announced. It would be a chance to have a character who shares my identities play a major role in a mainstream TV drama. Jughead has been written as aro, ace, and touch averse in the Archie comics, although those labels were not always articulated. In 2016, Jughead was confirmed to be ace in the text of the comic, and writer, Chip Zdarsky, also confirmed on Twitter that he was writing Jughead as aro as well.

However, as news of the show progressed, it became clear that the writers intended to straight-wash Jughead. In response to the backlash, including the Twitter campaign #AroAceJugheadOrBust, there have been promises that maybe in future seasons, they will portray him as ace. However the show's creative team has ignored entirely that Jughead is aro and touch averse as well. Furthermore, in the show's debut season, the Jughead's romance with Betty has been a major plot point, as well as heavily used in the marketing of Riverdale.

Yes, Riverdale could choose to include an arc of Jughead coming out as ace at some future point. But some of the importance to me of Jughead is that he doesn’t have a dramatic coming out story. He is aro ace, and his friends know and accept that. His orientations are a core part of him, and while they inform the plots of his stories, they are not the focus of what his story is about. In a world where I still need to hold a vocabulary lesson when I come out, to see those identities treated as so unremarkable means so much to me.

Cole Sprouse, the actor who plays Jughead on Riverdale, originally seemed to be advocating for Jughead to be portrayed as ace, although he never mentioned aro or touch averse. (He told HollywoodLife in January that he was "fighting" for Jughead's asexuality.) However, he later changed the way he spoke about the character's identity. In a Reddit AMA in April, Sprouse confirmed that he was still a "big proponent of this representation," but addressed the Bughead relationship by saying, "Riverdale is a new universe, and we first need to think of jughead [sic] as a human agent within his environment, his decisions about his sexuality are going to be informed by his upbringing and his immediate and longterm desires. Betty and Jughead's coupling are [sic] a great example of such an informed decision."

Using the argument that sexuality is fluid and suggesting that asexuality or aromanticism is a choice both make excuses for erasure. And to appear to suggest that Jughead needs to be alloromantic and allosexual (to experience some romantic and sexual attraction) to be seen as human, is devastating. If Sprouse feels that embracing an aro ace identity will make the character less human, I do not want him portraying an aro ace character. In fact, I'd rather this whole situation be over.

Another show to similarly erase a character’s aromanticism is Shadowhunters. Unlike with Jughead, Raphael’s identity has never been stated in the source text, but author Cassandra Clare has confirmed on Twitter that she intended him to be both ace and aro. When the showrunners of the TV adaptation, Todd Slavkin and Darren Swimmer, were interviewed by Freeform they said, “Because he’s a vampire, Raphael doesn’t use current terminology to self-describe his sexuality. But if he did, he would refer to himself as a romantic asexual. … Raphael is definitely romantically drawn to Isabelle and feels a deep emotional connection, he’s just not interested in sexual intimacy."

Erasing Raphael’s aromanticism fundamentally changes the character. It is not possible to slice off the parts of his identities that the show does not want to represent. It is still erasure. I would be a fundamentally different person if I were alloromantic, and I refuse to accept that parts of my identity can be portrayed on screen only if other parts are being erased. As with #AroAceJugheadOrBust, the hashtag #RaphaelRepresents was used to protest this erasure, but with no success.

With a lack of canon ace and aro characters on screen, characters who fall into ace and aro stereotypes are often head-canoned to be ace and aro instead. Characters who are aloof, unfriendly, or outright inhuman. Two such characters who are often assumed to be asexual are Sherlock from the modern Sherlock series and The Doctor from Doctor Who. When asked about Sherlock’s sexuality in an interview with The Guardian, co-creator Steven Moffat, said, "It's the choice of a monk, not the choice of an asexual. If he was asexual, there would be no tension in that, no fun in that — it's someone who abstains who's interesting."

I cannot get over the failure of imagination here — that writers like Moffat cannot envision the tension that comes from living as an ace and aro person in a society that would rather assume they are alloromantic and allosexual. I will not get over my rage that it seems to be perfectly acceptable to announce that the stories of people like me are too boring to tell. Aces and aros are people; our stories are as interesting and important as anyone else’s.

Despite all this disappointment, there has been some progress. Ace characters such as Todd from BoJack Horseman and Valentina "Voodoo" Dunacci from Sirens do exist. And someday, if I’m lucky, I will look at the screen and see someone like me looking back.