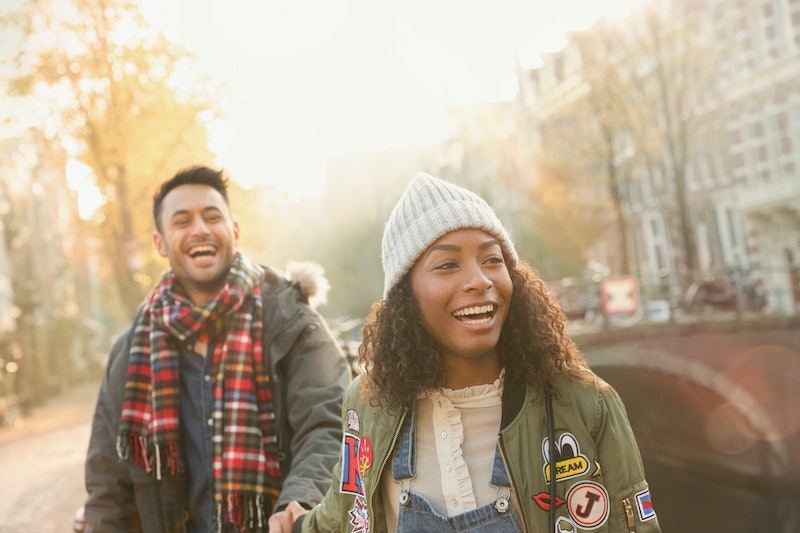 "I was moved to tears," Lydia San Andres, a Dominican author of historical romances, wrote to me after reading one of my books. "All I could think was, Is this what representation feels like?" Like me, San Andres is a lifelong romance reader, but it was the first time she read a story that mirrored her unique experience.

The significance of Own Voices — stories in which an author belonging to a marginalized group writes a character that shares their identity — has impact beyond romance. These novels are doing something special in the literary space: They’re offering hopeful, nuanced, and authentic renderings of immigrant life that don't focus on traumatic experiences. These novels show the reality of immigrant lives, but they also unflinchingly uphold the promise of a "HEA" — a happily ever after.

“These HEAs are both a comfort and a beacon of resistance.”

In 2019, Own Voices romance novels are holding space in fiction for a version of the United States where immigrants can lead triumphant lives. Diverse romance is not only resisting the dehumanizing, anti-immigrant rhetoric that has become all too common in politics and media, they are changing the narrative.

“These stories are not only affirming to those marginalized, but prove to the privileged that, Hi, here we are!” says Tif Marcelo, the Filipino-American author of the forthcoming Once Upon A Sunset. “These HEAs are both a comfort and a beacon of resistance.”

In an industry that doesn’t always recognize the value of immigrant voices, it takes courage to make that statement. The highest award in romance, the RITA, is presented in 13 different categories each year and yet has only gone to an author of color a handful of times. This past summer, a Black author took home a trophy, for the first time for the first time in the RITA's 38-year history.

Beyond that, romance novels are largely overlooked in the literary world and disregarded almost by principle. Despite the fact that romance authors appear regularly on the New York Times bestseller list — Nora Roberts alone has had 195 of her books on the list, including 59 which debuted at in the #1 spot — only in the past year did the New York Times hire a romance reviewer, and only to write a quarterly column. At the moment, NPR and Entertainment Weekly are the only mainstream media outlets that publish a monthly romance recommendation list. This lack of regard for the genre allows stories to go unnoticed, not only by readers, but by those in the media that are actively calling for more nuanced representation in fiction.

Own Voices romance authors are crafting authentic, vibrant stories that showcase all the wonderful sides of a diverse world. In doing so, they are tackling unfair and misguided stereotypes that often appear in fiction about immigrants.

The Chai Factor author Farah Heron says she wanted to undo assumptions about South Asian Muslim women like her. "[My heroine is] very outspoken, and never meek," she says. "She drinks and swears, and even likes to be the one in control in the bedroom. These traits were consciously added to challenge the idea of what a Muslim woman in North America can be."

"I know what the stereotypes are,” she tells me, "so my job is to write against them."

As an Afro-Dominicana, when I started writing my Dreamers series — which tells the story of four Afro-Latinx best friends who grew up in the Bronx together — I set out to write a world where being black, brown, queer, and an immigrant wasn’t the exception, but the norm. I wanted to create a world where the joy and beauty of Afro-Latinx people and culture wasn’t a novelty, but the underpinning of the story. I hoped to celebrate not just our roots, but the fact that our presence and our futures enrich the tapestry of the United States. I am just one of many authors bringing their own history and culture to the romance space.

Zoraida Córdova, who writes romance novels under the name Zoey Castile, was born in Ecuador and grew up in New York City. She tells me she thinks a lot about what her characters’ lives reflect about the immigrant experience. "I know what the stereotypes are,” she tells me, "so my job is to write against them."

In her novel Hired, she subverts the trope of the "Latin Lover" through her hero. “I wanted to show different sides to Latinx masculinity," she says. "And show how Latinx men can be objectified due to these cultural misconceptions." Córdova’s background mattered when she took on the "Latin Lover." She gave it depth, and informed the character with experiences from her own life. "The gaze from which we write makes a difference," she says. "It’s how my background influences the story. The way we have those conversations."

Many romance authors from marginalized backgrounds are using their work as a way to affirm that immigrants are not only present in the United States, but striving and thriving.

"Romance novels are social novels. The protagonist of a book in our genre does not spend the final pages alone and staring off into the middle distance," says Ruby Lang, a Taiwanese-Canadian author whose forthcoming novella, Open House, features an Asian hero and a Black heroine. "At the end of a romance novel, people end up together. There is nothing more social than that. So it’s pretty revolutionary to write about marginalized people getting together to go forth and forge a future."

"And with every story a marginalized writer publishes, we enlarge what universal means."

Critics will say that stories of immigrant lives are not "relatable," because they explore cultures that are outside of the white, Christian, cis-gendered, straight norm. This criticism centers a gaze that is homogeneous. Love, connection, hope, desire are relatable to people of all backgrounds. Stories by authors who are coming from outside of the margins of what has been considered "traditional" romance are doing more than just offering relatability; we’re literally expanding the space for more stories. "When Own Voices authors write our experiences, we are world building within our fictive spaces and in the dominant culture," Lang says. "And with every story a marginalized writer publishes, we enlarge what universal means."

With each story featuring protagonists from diverse backgrounds the center of romance shifts and the image of who deserves a happy ending evolves. This also has an impact on the definition of beauty and even desirability in the genre. Nadine Gonzalez, the Haitian-American author of Exclusively Yours, shares with me a story about a man who told her he was surprised to discover that Haitian women are beautiful. "He said, ‘They’re never on covers of magazines or anything.'"

Own Voices romance has always been the place in the genre to find stories where everyone is deserving of an HEA. Nisha Sharma, the RITA award winner and author of the The Takeover Effect, says, "I think the one theme I have in my books is that the majority of the cast is South Asian. I don’t think there are enough stories with a cast that is majority people of color. I grew up reading about [protagonists] with alabaster skin, and it’s time for more melanin.”

These are some of the stories you'll find in Own Voices romance: Filipino-American women looking to understand their history and themselves; South-Asian young professionals finding love on their terms in a place where they can thrive; Latinx millennials figuring out life and love in New York City. The romance genre is shifting the way love looks in fiction — and presenting stories that look more like real life. Immigrants can see themselves living happily ever after, and readers who are not used to seeing immigrants in that light can hopefully begin to view us as something beyond "the other." Someday, maybe those readers will even be able to see their own happy endings in ours.

More like this
16 Novels That Paint A Realistic Portrait Of Abortion
By K.W. Colyard
Aesop's Queer Library Is Open
By Tomi Otekunrin
5 Gripping Books To Read From Women’s Prize For Fiction Winner Ruth Ozeki
By El Hunt
At 14, Jenny Han Wrote Rom-Coms About Her Friends & Fan Mail To Leo DiCaprio
By Alyssa Lapid
Get Even More From Bustle — Sign Up For The Newsletter