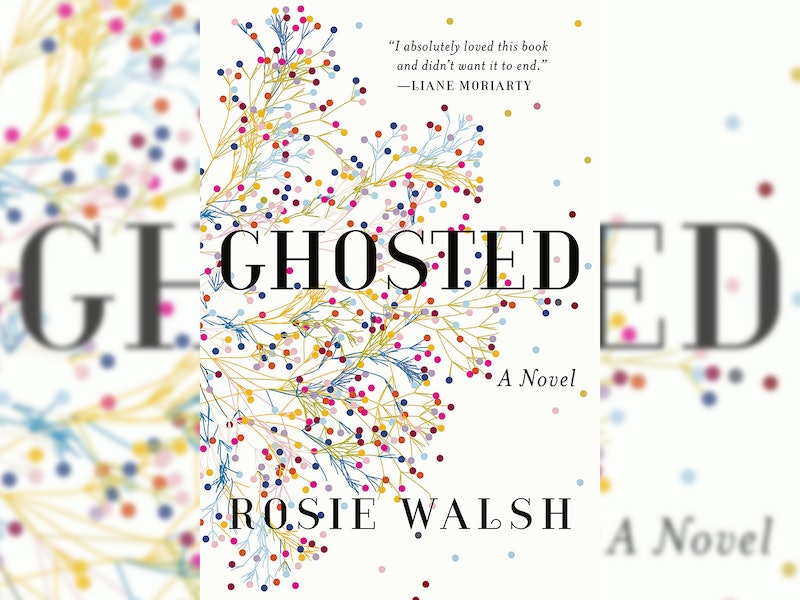 Have you even met someone new, someone unexpected, and just known, deep in your heart of hearts, that they're the one? It's not just the fact that you have chemistry, or that you share the same interests, or even that you can make each other laugh. It's that there is something electric between you, something you feel and the other person actually acknowledges out loud. Now, have you ever had that person disappear on you without so much as a call, a tweet, or even a DM? Your friends will tell you that you were played, that you must have imagined the reciprocated feelings, that you were used in the most obvious way, but deep down you know that something must have happened — a plane crash, maybe, or a bicycle accident, or an emergency trip to Antarctica. Most of the time, your friends are right, but what if — what if! — something really did happen? That’s what Sarah, the protagonist of Rosie Walsh’s U.S. debut Ghosted, is determined to figure out.

When Sarah left sun-drenched Los Angeles to return home for her annual pilgrimage to her parent's house in the English countryside, the last thing she expected to find was love. She and her husband, who also happens to be her business partner at the children's medical nonprofit they founded together, just decided to get divorced. Though it was an amicable split, one Sarah welcomed, she still wasn't ready to start falling for someone new. That is, until she met Eddie, a charming stranger who immediately swept her off of her feet.

After their chance meeting in the middle of a country road, and an afternoon spent drinking, laughing, and eventually a whole lot more, Sarah and Eddie became inseparable. For seven straight days, they spent nearly every moment together. They cooked, they went for long walks, they made love that was equal parts sweet and passionate, and they talked about almost everything — everything, that is, except the truth about their pasts. It didn't take long for them to realize, as Sarah says, “Something was going to happen. Something had already happened. We both knew.”

When it's time to say goodbye so Eddie can take a planned vacation with friends, Sarah knows it isn't a real goodbye. But when Eddie doesn't call her from the airport like he promised, she starts to worry. When days goes by without so much as a word, she starts to panic. When weeks pass without a response to her repeated voice messages, texts, and Facebook messages, she is convinced something must have happened. Why else would this wonderful man, who admitted to falling for her before he left, who said their week together had "'been set to a score of sweeping violins,'" disappear without giving her a reason why?

There is no question is Sarah's mind that something terrible must have happened to Eddie, but her best friends, Tommy and Jo, are not so sure. "'Fifteen days he's had to get in touch, Sarah,'" Jo tells her when laying down the hard and painful truth. "'You've been sending him messages, calling him, all sorts of other things that quite frankly I'd never expect of someone like you... and yet — no response. I've been there, love, and it hurts. But it doesn't stop hurting until you accept the truth and move on.'"

The only problem is Sarah doesn't know the truth, and she refuses to accept silence as an answer. Even when she returns to Los Angeles, Sarah can't let it go of what her and Eddie had — what they have — no matter how crazy, how desperate, or how hurt she gets.

A beautiful and poignant novel about identity, memory, hope, and the lengths we go to find the ones we love, Ghosted is an unexpected romantic thriller you won't be able to put down. That is, until you find out once and for all, if Sarah was just another victim of ghosting.