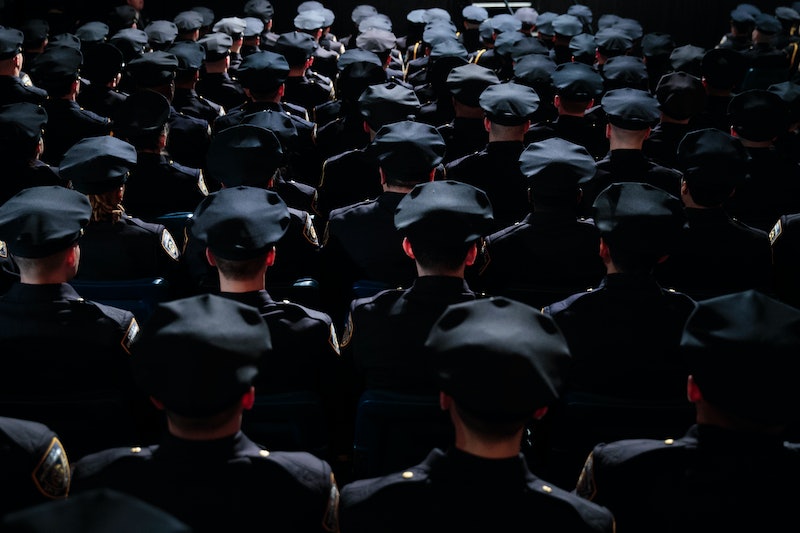 Monday morning’s news out of Seattle that police officers shot and killed Charleena Lyles, an expectant mother who’d called for help because she suspected a robbery was taking place, is disheartening but not shocking. For many, last week’s acquittal of the police officer who shot Philando Castille, a permit-carrying gun owner riding in the passenger seat of a car with his family, is another example of how police literally get away with murder. Many people have pointed out that both victims were black, and conclude that they died mostly because of their skin color.

However, much of my reporting on criminal justice has convinced me that the color of a victim’s skin is not nearly as important a factor as the color of the police uniform.

We have heard about the Blue Brotherhood that has long defined the male-dominated culture in police departments — where women constitute only 13 percent of the force — but we’re just now beginning to understand how race informs the social hierarchy within police, and how minority officers are pressured to pledge allegiance to the uniform in exchange for being accepted, protected, and promoted.

This implicit pledge requires that officers adopt behaviors, attitudes, and standards that might contradict what they believe — even what they know sometimes — about themselves and certain groups of people. The pledge also means conforming to group identities, adopting questionable behaviors, and carrying on unofficial practices in place long before a rookie walks out of the academy.

The officer was responding in exactly the same way we have seen dozens of white and black, male and female, officers respond: shoot first, ask questions later.

There’s growing evidence that black police officers tend to act as violently, and in some cases moreso, than white officers toward suspects of color. There’s also little evidence that the presence of officers of color mitigates the violence black and brown people are subjected to by police.

The Latino officer who shot Philando Castile is the latest example of how blue culture is far stronger than any other identity — racial, regional, religious — an officer might have. In this instance, I suspect the officer’s Latino identity did nothing to make him respond differently when encountering a car with a black driver and a black passenger. Being Latino did not help him ask better questions. It did not slow his adrenaline-fueled response to Castille. It did not cause him to notice the four-year-old child in the back seat.

In that instance, the officer was responding in exactly the same way we have seen dozens of white and black, male and female officers respond: shoot first, ask questions later.

This dangerous but well-rehearsed reaction to a routine call is not rooted in any skin color, but in a blue culture that demands officers see people without uniforms as threats — especially people of color. This reaction comes with an unspoken guarantee that the ranks will fold around you and protect you by concocting a story not supported by evidence, by blaming the victim in the national media, or by intimidating potential witnesses. That’s what you get in exchange for complete loyalty to the Blue Brotherhood, regardless of who you were before you put on the uniform and the badge.