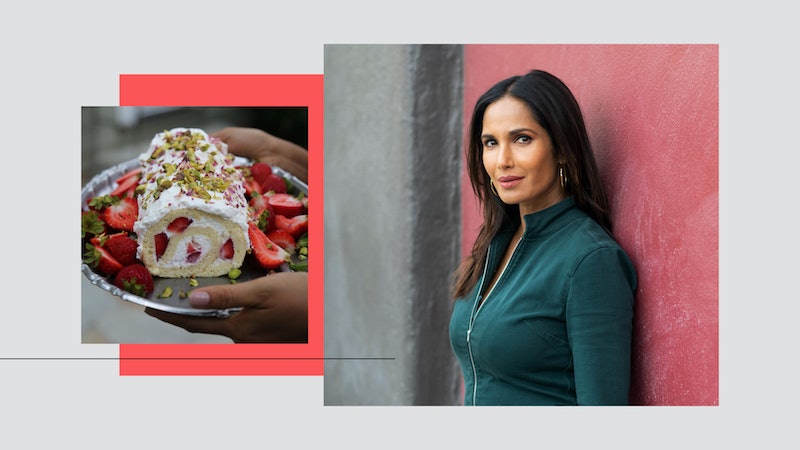 The foodie-travelogue genre is crowded with bold-faced names, most of them men: the late Anthony Bourdain, David Chang, Gordon Ramsay, Guy Fieri, Samin Nosrat. But Hulu’s Taste the Nation with Padma Lakshmi, which surveys the cuisines of American immigrants, fits a bill of requirements unique to 2020. The episodes, like most viewers, are subject to travel restrictions; all ten are set in the U.S. The secret ingredient simmering at the bottom of every pot is politics.

Journalist is a new role for Lakshmi, who on Top Chef has served as host and judge. On Taste the Nation she proves a benevolent if distractingly glamorous interviewer, allowing immigrants to tell their own stories through the food they eat. The bean burritos she mmms over in El Paso, Texas — just a 10-minute walk from where the handheld wrap was invented in Juarez, Mexico — are about long days, slow customs checkpoints, and the chewy, unchallenging comfort of knowing you have the calories you need to survive the Chihuahuan Desert heat. The food is about the history of a porous border town, where thousands still cross back and forth for work each day. The episode is inherently political: border surveillance and the Texas economy’s reliance on migrant workers linger on the outskirts of the show. The ominous din of helicopters is as unavoidable as Lakshmi's non-Hispanic guests seamlessly switching into Spanish.

In some ways, Taste the Nation operates on a similar thesis to Bourdain’s No Reservations and Chang’s Breakfast, Lunch, Dinner. Food is often the way we first experience other cultures but, in many cases, it’s a measure of how integrated that culture is. In the premiere episode, the penetration of Mexican food mirrors the marriage of cultures between El Paso and Juarez. In the finale episode in Honolulu, Hawaiian fish is prepared with Japanese ingredients in a way even the featured chefs, born in Hawai’i of Japanese descent, admit they've taken for granted. A good counter example from a later episode is the Las Vegas Pad Thai scene, where that dish's regional popularity outstrips the local understanding of the hands who make it.

There’s something extra salient about seeing something as primal as our appetites interrogated.

Closing that gap is largely Taste the Nation’s objective: to explore what America tastes like to reveal what America is like. It’s an impossible task, which Lakshmi knows. “What exactly is American food?” she asks at the start of each installment. “And what makes us American?” The point isn’t to find one answer, but to tell a story in each episode so compelling and connected to America that it proves no one answer could ever do. In a moment where everything feels political, there’s something extra salient about seeing something as primal as our appetites interrogated. Remaining apolitical in America is as impossible as denying our own hunger.