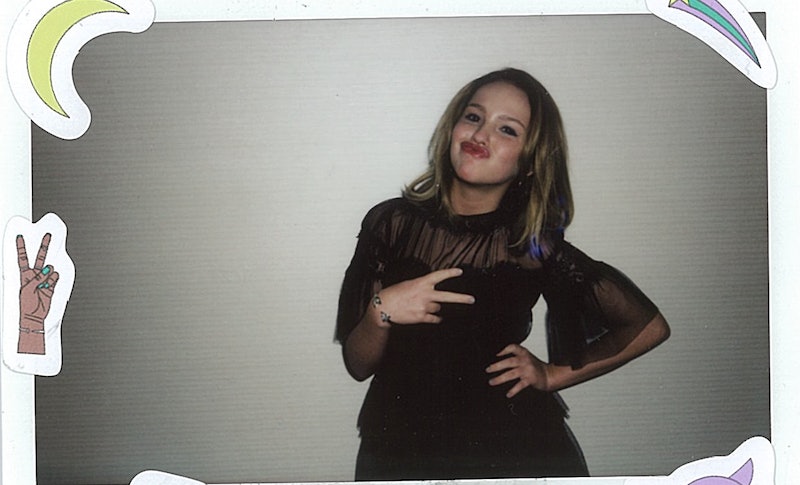 When Bustle editors go on the road, whether it's for a film festival, a comic book convention, or a set visit, we want to give the celebs we meet along the way the chance to leave their mark. Literally. So we have them pose for polaroid that captures their latest adventure, hand them a pen, a piece of paper, a few questions, and ask them to get creative. The rest is up to them. This time, we caught up with one of the stars of Annabelle: Creation, Talitha Bateman, at Comic-Con 2017 in San Diego, for a Bustle Booth on location.

Bateman, who is the youngest of eight siblings, stars in the latest horror film in the Annabelle franchise. The 15-year-old has a lengthy resume to her name, including roles on TV shows like Hart of Dixie and Stuck in the Middle. She's also appeared in a handful of movies such as The Hive, Nine Lives, and The 5th Wave. Next up, you can see the teenager in the sci-fi thriller Geostorm, which hits theaters later this year, and 2018's Simon vs. The Homo Sapiens Agenda.

During the hustle and bustle of the convention, Bateman took a moment to tell us a little about herself in her own words.