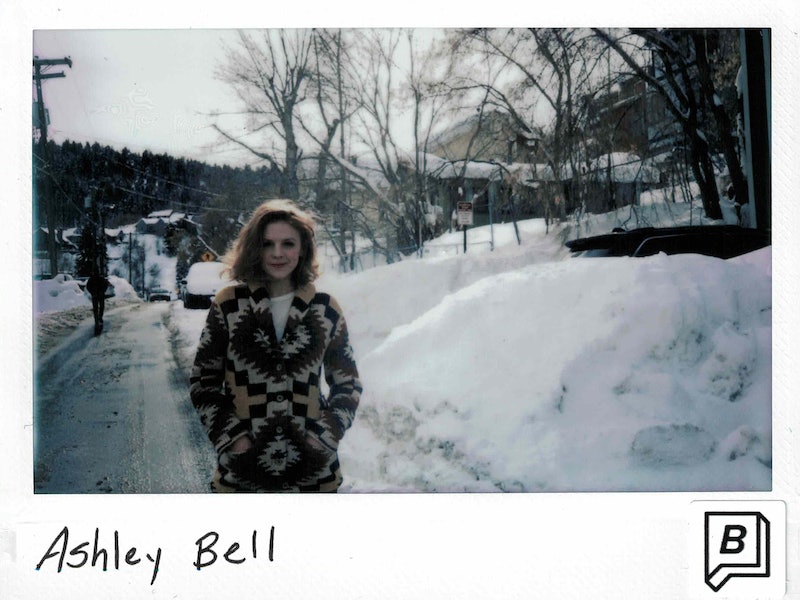 When Bustle editors go on the road, whether it's for a film festival, a comic book convention, or a set visit, we want to give the celebs we meet along the way the chance to leave their mark. Literally. So we have them pose for polaroid that captures their latest adventure, hand them a pen, a piece of paper, a few questions, and ask them to get creative. The rest is up to them. This time, we caught up with one of the stars of Novitiate, Ashley Bell, at the 2017 Sundance Film Festival in Park City, Utah for the Bustle Booth On Location.

An actor making her mark in the much buzzed about Sundance film, Novitiate, Ashley Bell has her sights set high. Before coming to the film festival to promote her work in the 1960s-set film about a young nun-in-training dealing issues of faith and sexuality, Bell also worked on a project that is near and dear to her heart: a documentary called Love & Bananas. The doc follows Bell and a team of elephant conservationists as they attempt to save an elephant in captivity and aims to open up the conversation about elephant conservation. Clearly, we had to get to know this actor a little better during the snowy Sundance film festival.