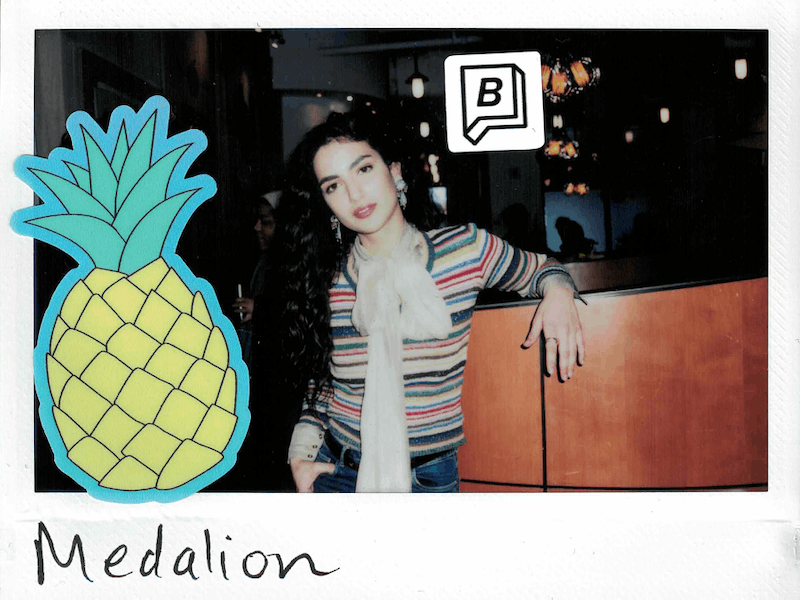 When Bustle editors go on the road, whether it's for a film festival, a comic book convention, or a set visit, we want to give the celebs we meet along the way the chance to leave their mark. Literally. So we have them pose for polaroid that captures their latest adventure, hand them a pen, a piece of paper, a few questions, and ask them to get creative. The rest is up to them. This time, we caught up with Before I Fall star Medalion Rahimi at the 2017 Sundance Film Festival in Park City, Utah for the Bustle Booth On Location.

Rahimi only broke out as Princess Zara on Shonda Rhimes' The Catch last year, but her career is heating up fast. In March, she'll star as Elody, a hard-partying teen in the film adaptation of Lauren Oliver's YA bestseller Before I Fall, and later this year, she'll return to her Shondaland roots by playing Princess Isabella in the highly-anticipated Romeo and Juliet sequel Still Star-Crossed on ABC.

In other words, Rahimi is gearing up to have one hell of a year — and so, naturally, Bustle wanted to learn more about this rising star when we met her at the Sundance Film Festival.