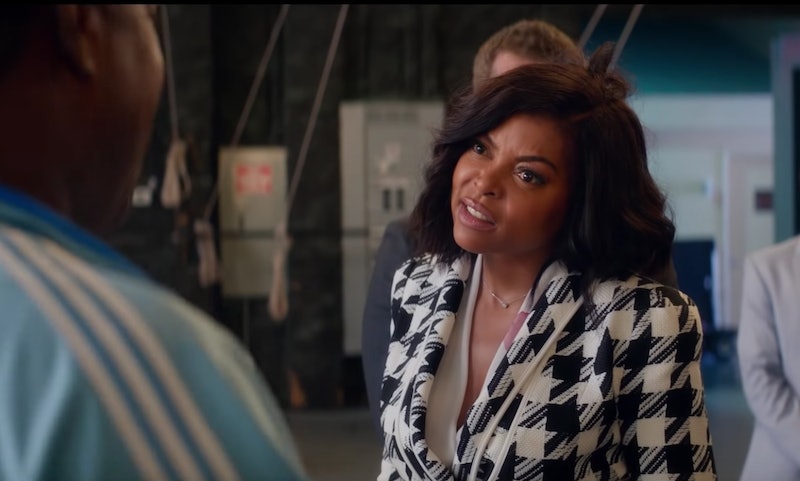 Next month, Taraji P. Henson and Tracy Morgan are teaming up for a role-reversed version of a '00s classic. In What Men Want, Henson plays a woman who drinks a magic potion and gains the ability to hear men's thoughts. And not only does the new magical talent give Henson's character, Ali, a special edge at work, but it also has some unexpected results. In a new clip from What Men Want, Ali attempts to have a fun night out with her two soon-to-be married friends, but her newfound psychic abilities turn a friendly pool game into a contact sport, when she hears her friend's fiancé thinking about other women.

In the clip, Ali catches the significant other of her best friend (Tamala Jones) thinking about cheating during a casual pool match. Rather than let the thought slide, Ali takes matters into her own hands. From an outsider's perspective, it would look a little brutal, since nobody knows that Ali can hear her friend's partner's inner dialogue. From an audience perspective, it's extremely satisfying to watch Ali hold a man accountable for his inappropriate plan.

The clip also gives a sneak peek at a potential romance for Ali, when another friend, played by Aldis Hodge, thinks about getting together with her, and she responds very positively.

Like the trailer, the clip hints that Ali's unexpected adventure into the world of men's inner thoughts has all kinds of consequences, both good and bad. You've probably never wished that you could know what every man is thinking all the time, but this scene really proves that some private thoughts are better off left private.

What makes What Men Want such a perfect movie for 2019 is the way that Ali uses her telepathic power to both get ahead in her sports agent career where she belongs and to hold men accountable for their thoughts that could potentially lead to harmful actions.

In the original What Women Want, which this new film loosely reboots, the gender roles were reversed. Mel Gibson's character, Nick, gains the ability to read women's minds, and rather than use that to even the playing field — which Ali uses her skills for — Nick tries to both succeed in his advertising job over his female coworker (Helen Hunt) while also seducing her. There are so many things wrong with that plot in hindsight; fortunately, What Men Want goes about fixing a few of them.

Per Screen Rant, during a visit to the What Men Want set, Henson told reporters, "Every time you tell the female perspective it's a chance to open up new conversations and new dialogue that needs to be had." As much of a perspective as Henson's new film gives to men's inner thoughts, What Men Want also lets its main female character shine in how she reacts to her new insights.

As you can tell from the clip from above, Ali doesn't hesitate to let men know how she feels. What Men Want is in theaters Feb. 8.