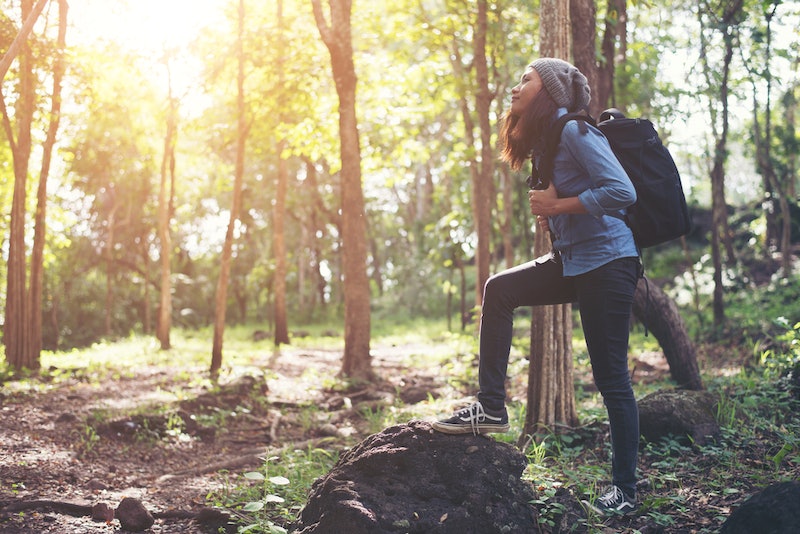 Crazystocker/Shutterstock
By Carolyn de Lorenzo
May 20, 2019

It makes sense that people want to use the safest products (with the least side effects) that they can. And with access to the internet and its near endless supply of information, it can feel like hey, why not just mix together your own face wash, or lip scrub, out of ingredients in your kitchen and avoid all those potential toxins? But when it comes to other products like DIY sunscreen, inaccurate internet advice can actually put people are risk, a new study says. Basically? Don't make your own sunscreen, y'all.

Researchers from the Center of Injury Research and Policy at Nationwide Children’s Hospital (NCH) found that while 95% of DIY sunscreen recipes studied claimed effectiveness, over half promoted homemade formulas that offered inadequate UV radiation protection. According to a press release shared with Bustle, homemade sunscreens may be risky since they’re not tested or regulated.

“Many of the recipes listed specific SPF levels up to 50, yet the ingredients in the recipes are not scientifically proven to offer that kind of broad spectrum coverage,” said lead study author Lara McKenzie, PhD, principal investigator with the Center for Injury Research and Policy at Nationwide Children’s Hospital in a NCH press release. “Store-bought sunscreen is a better choice because it is regulated by the FDA and must have a proven level of protection against both UVA and UVB rays.”

In a research process utilizing the search terms ‘natural sunscreen’ and ‘homemade sunscreen’, the study’s authors collected 189 relevant Pinterest pins. The study’s authors found that many of the homemade sunscreen recipes were shared thousands of times, according to the press release. Researchers suggest that medical professionals might consider getting more involved in social media conversations, in order to counter potentially harmful misinformation.

“These products are regulated for a reason, and DIY versions probably don’t meet the safety standards required by regulatory agencies,” Dr. McKenzie said in the press release. “Going online for things like crafts and recipes is fine, but when it comes to products such as sunscreen, I recommend buying something you know will be effective.”

As skin cancer is the most common form of cancer in the United States, according to the American Academy of Dermatology (AAD), taking measures to prevent it as much as possible is crucial. Over 96,000 cases of malignant melanoma skin cancer are expected to be reported this year, the American Cancer Society reports, causing over 7,000 deaths.

“Do it yourself skincare blogs and websites promoting a natural lifestyle have surged with a societal shift toward clean living,” the study’s authors said in the paper. “Sunscreen is one of the products that gained popularity as an easy, do it yourself, all natural product. However, it’s complicated to make an effective sunscreen because natural oils simply do not have the UV blocking ability of commercially made products. In this study, the most commonly suggested ingredient, coconut oil, has been tested in laboratory tests with a range from one SPF to a high of seven.”