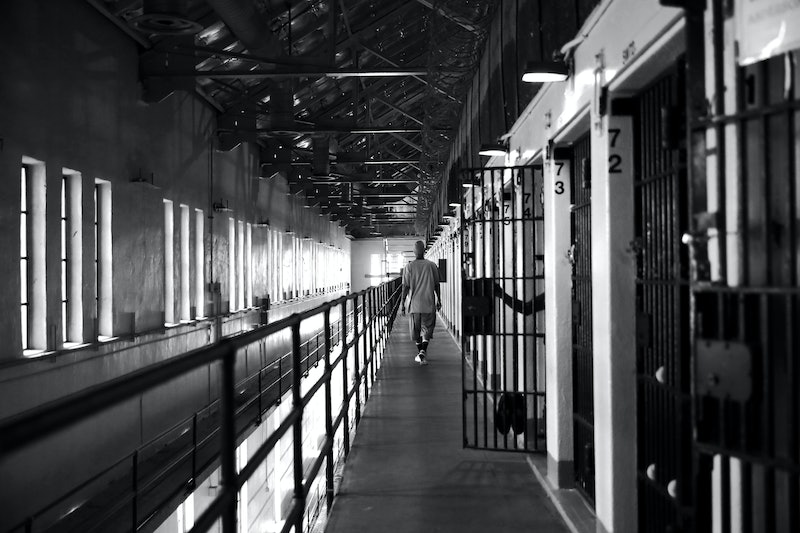 There's a reason criminal justice reform has become a national topic: Nearly half of all adults have a family member currently or previously incarcerated, according to a new study from FWD.us and Cornell University. The study, called "Every Second: The Impact of the Incarceration Crisis on America’s Families," was published on Thursday. Researchers found that 113 million people have a relative either currently or previously incarcerated — and families of color are more greatly affected.

"Despite limited recent declines in the jail and prison population, an unprecedented number of people continue to be impacted by incarceration, and the collateral consequences of that experience which can last a lifetime," the report stated.

The effects of mass incarceration among families don't stop once the person leaves jail or prison. Researchers found that the physical health of women with incarcerated family members "has been significantly or extremely affected" by their family member's incarceration. When asked about how their mental health was affected, 86 percent of women with incarcerated family said they were "significantly or extremely affected."

Additionally, 32 percent of women with incarcerated family saw the loss of their household's breadwinner. Nearly 70 percent of women with incarcerated family saw themselves become their household's sole wage earner. "Research has shown that even short periods of incarceration can be devastating to people’s lives and additional punishments such as fines and fees, restrictions on employment and housing, and the loss of basic human rights limit opportunities for success long after individuals have completed their sentences," the report stated.

Even more troubling is what the report doesn't cover. "There are an estimated 6.5 million adults with an immediate family member currently incarcerated in jail or prison (1 in 38)," researchers wrote. "Just under 40 percent of these people reported that there are children under 18 in their household, suggesting the overall number of people experiencing family incarceration is much higher than our estimates which only include adults."