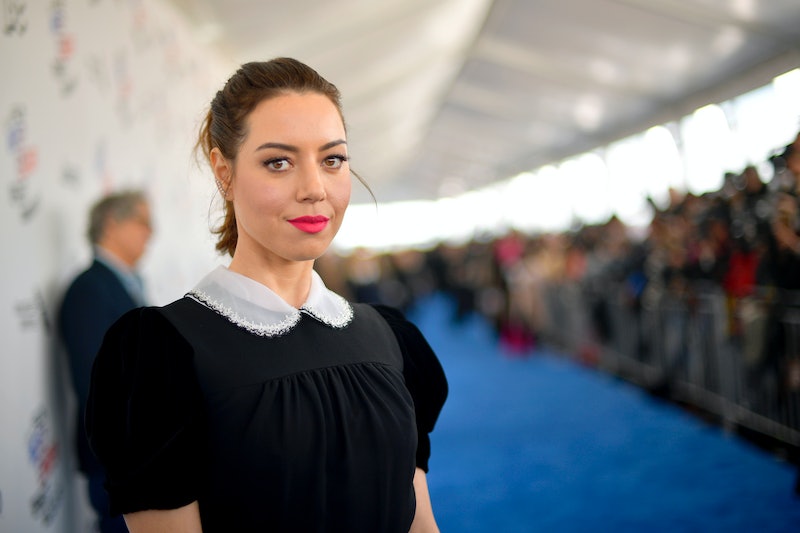 "It's such a funny time to be gearing up to host a show," Plaza said in a recent interview with IndieWire, "when there are literally articles about hosting scandals, and these think pieces about what is a host. You know, these existential questions, do we need a host? It's a timely opportunity for me to really kind of take the reins, and go, 'Maybe I'm the answer.'"

Why Plaza? Why not! For one thing, she's a recent Spirit Awards winner, so this is a space where she's already very at home. Plaza won Best First Feature in 2018 for Ingrid Goes West, which she produced and starred in. You may know he best for Parks and Recreation, Mike And Dave Need Wedding Dates, and now Legion, but she's actually worked on a ton of independent films.

All you really need in an awards show host is someone who looks and feels in charge. Plaza embodies that kind of confidence onscreen. Wouldn't you take direction from her, no questions asked? Also, those who've watched Legion know that she's kind of becoming a song and dance gal — an excellent showman quality for a host to have.

Besides, she's already having fun with it. "Watch an awards show with a host," Plaza joked in a promo (below) for the Spirit Awards. "Hosted by me, host Aubrey Plaza. I will host."

Plaza told IndieWire that she has been given "no rules [or] parameters" for her hosting gig. Which, pun intended, is the spirit of the Independent Spirit Awards. While some independent features have higher profiles these days, the show is primarily, as Plaza said, "a room of people that have made a small film out of nothing, and have somehow made it to the big awards show with their tiny movie."

Will this lead to other hosting opportunities? One can only hope. Previous Spirit Awards hosts include Andy Samberg (you have to watch his opening monologue from 2013), who has gone on to host the Emmy Awards and the Golden Globes. For the last two years, Nick Kroll and John Mulaney hosted the Spirit Awards, and joked about hosting the Oscars as their Oh, Hello characters George and Gil (they would have been great!). Other previous Sprit Awards hosts include Kumail Nanjiani, Kate McKinnon, and Kristen Bell, so basically, it's a who's who of everyone you wish would host the Oscars. (Hey, Academy, are you taking notes for next year?).

How Plaza will fare onstage remains to be seen, but it already seems to be shaping up to be a fun, low-key night, so here's to hoping she's back onstage soon.