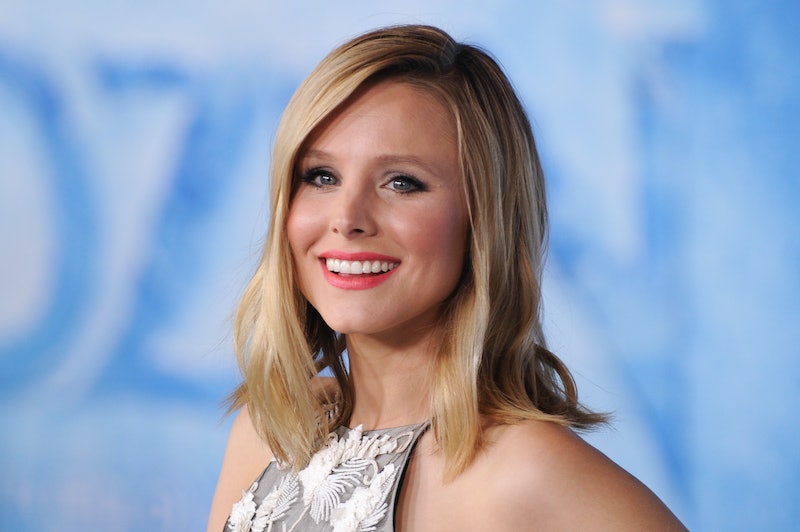 Despite the fact that the show was literally the best it's ever been thanks to their presence, Tina Fey and Amy Poehler have both publicly stated that they will not host the Golden Globes again. It's sad news that I'm still periodically crying over — but thankfully, it looks like there's indeed light at the end of their tear-soaked tunnel: Apparently, there's a new hosting duo in town, and they may just be the best pairing since Tina and Amy themselves. According to EW, Kristen Bell and Fred Armisen are set to co-host the Independent Spirit Awards that are set to air on IFC next month.

Considering both of them are hilarious people and indie film veterans (seriously, KBell fans, go watch Hit & Run because it's fabulous), this is sort of a perfect pairing for the awards show, which is dedicated to honoring the best independent films of the year.

Plus, this won't be the first time Bell has taken on hosting gig for an awards show, so there's precedent for how awesome it's going to be: In 2012 and 2013, she co-hosted the CMT Music Awards with Toby Keith and Jason Aldean respectively, and last year, she hosted the 2014 CMT Music Awards solo (and, I should mention, she rocked the show with a hilarious country song about country music's obsession with really, really tight jeans).

According to Deadline, the ceremony will take place in Santa Monica, and air on IFC on Feb. 21.

More like this
Photos Of The 'Elvis' Cast vs. Their IRL Counterparts Will Have You All Shook Up
By Grace Wehniainen
Taylor Swift's “Carolina” Theme For 'Where The Crawdads Sing' Soundtrack Is Here
By Jake Viswanath
What Is Elvis Presley’s Net Worth? How The King Earned & Spent His Fortune
By Grace Wehniainen
The Tragic Reason Elvis Never Toured The UK
By Sam Ramsden
Get Even More From Bustle — Sign Up For The Newsletter