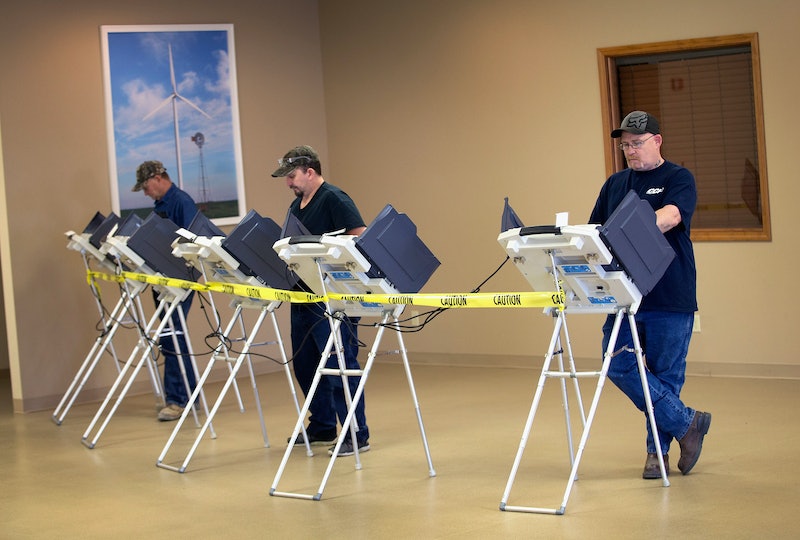 Over the course of the last nine years, Indiana Republicans have made it harder for Democrats in the state to vote while expanding early voting access in Republican counties, according to a new investigation by the Indianapolis Star. As a result, absentee voting has risen in Republican strongholds while plummeting in the state's most heavily Democratic county over that period of time.

Between 2008 and 2016, Republican officials opened additional early voting stations in Hamilton, Boone, Johnson, and Hendricks counties, all of which reliably vote Republican. At the same time, the number of early voting stations in Marion County, a Democratic stronghold with a high black population, decreased from three to one during that same period. Marion is the most populous county in the state.

Democrats on the Marion County Elections Board responded by attempting to add more early voting stations in the county. However, under a state law passed by Republicans in 2013, expanding early voting in high-population counties requires a majority of votes from the election board. The lone Republican representative on the Marion County Election Board, Patrick Dietrick, voted against the initiative, as did his Republican successors on the board.

As a result, Indiana's most populous and Democratic-voting county does not enjoy the same level of early voting access as nearby Republican counties. Many of GOP strongholds with multiple early voting stations have far smaller populations than Marion: Boone County's 64,000 residents have access to nine of them, while the 941,000 people who live in Marion only have the one.

In May, Common Cause Indiana and the NAACP sued the Marion County Election Board. They argued that the disproportionate lack of early voting stations in Marion was an unconstitutional disenfranchisement of black residents, who make up a higher share of voters in Marion than in any other county and are historically more likely to vote absentee.

The Republican clerk of Hamilton County, Kathy Richardson, told the Star that adding more voting stations in her GOP-dominated county was a "great concept." However, former Marion County Clerk Beth White said that the limits on early voting in her county are “a deliberate attempt by certain people in our government to make voting hard."

The disparity in voting access has been reflected in the state's election results. Between 2008 and 2016, the in-person absentee vote in Hamilton County increased by 63 percent. In-person absentee voting in Marion County, however, declined by 26 percent during the same period, according to the Star's analysis.