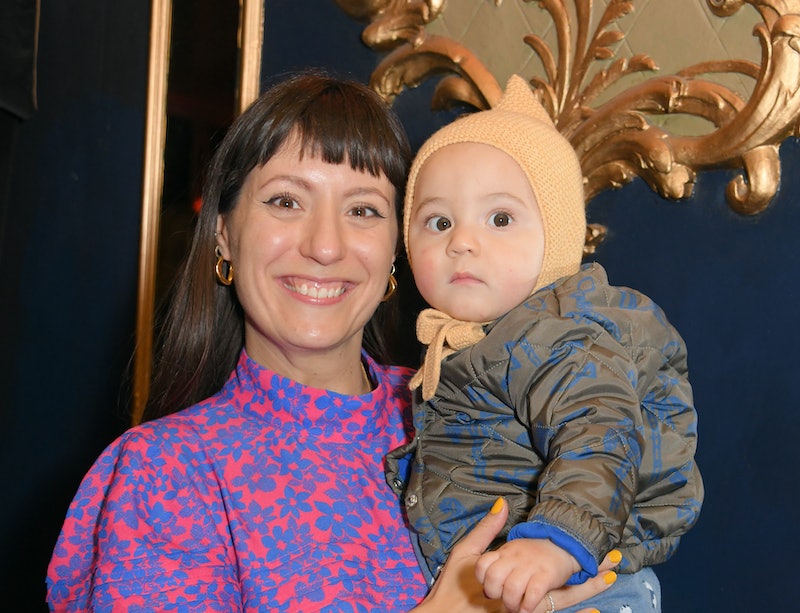 No matter how clued up you are on Instagram, if you’re not a content creator, the world of influencers can be pretty mysterious. Aside from follower counts, it can seem like luck of the draw as to why some people get work with certain brands and others don’t. However, one content creator has lifted the lid on one topic in particular. Author and writer Katherine Ormerod has said she lost work when she announced she was pregnant and is calling for brands and PR agencies to support pregnant women on a visual level by continuing to work with them through pregnancy.

In a post on her Instagram, Ormerod said, “Some of you have asked why I hadn’t mentioned I was pregnant. It wasn’t because I thought anything was going to go wrong. Instead it was a strictly strategic work decision because from the moment I announced my first pregnancy on IG, I was dropped from contracts and my brand collaborations dried up.” She continued:

“It wasn’t subtle — some brands put it in writing that they ‘couldn’t’ work with me while I was pregnant, but would look forward to collaborating post-baby, regardless of whether or not their collections fit my body.”

Ormerod, who released her first book Why Social Media Is Ruining Your Life in 2018 and is a former fashion features editor at Grazia and has worked with some major clothing brands on her Instagram. She explained that as the festive season is so important for her work wise that she spent the first five months of her pregnancy dressing “creatively” to hide her bump.

While the idea that someone could be dropped by a company because they’re pregnant sounds like it violates a tonne of workers rights, Ormerod highlighted that freelancers and influencers are not covered in the same way as full-time employees when it comes to discrimination. She continued: "[B]ut what happens to women in media and how brands choose to represent women in their advertising is important to us all."

Followers applauded Ormerod’s honesty, with one writing, “I had the same experience in every part of my career. It ended whatever little confidence I had, hence why I didn’t/couldn’t come back. Lovely news for you tho, huge congrats.”

Ormerod said that, after speaking to brands off the record the reason they didn’t work with pregnant content creators was all to do with how relatable she would be. They told her that, because people aren’t used to seeing pregnant women in mainstream advertising, they would assume the product she's talking about is something targeted only at people expecting a child.

At its core, she concluded, it’s a fight for inclusivity and normalising women’s bodies. She said:

“I didn’t earn any money on Instagram for five months of my first pregnancy and that happened not because I became less stylish or smart. Or less good at my job. It happened because I was pregnant. It’s time for a change.”

More like this
Here’s Where The NHS Nurses’ Strike Currently Stands
By Sophie McEvoy
Ben & Jerry’s New Sundae Flavours Are A Chocoholic’s Dream
By Sophie McEvoy
What The UK Blocking Scotland’s Gender Recognition Bill Means
By Sam Ramsden
Ashamed Of Your Screen Time Stats? Here's How To Change That
By Alexis Morillo
Get The Very Best Of Bustle/UK
Sign up for Bustle UK's twice-weekly newsletter, featuring the latest must-watch TV, moving personal stories, and expert advice on the hottest viral buys.