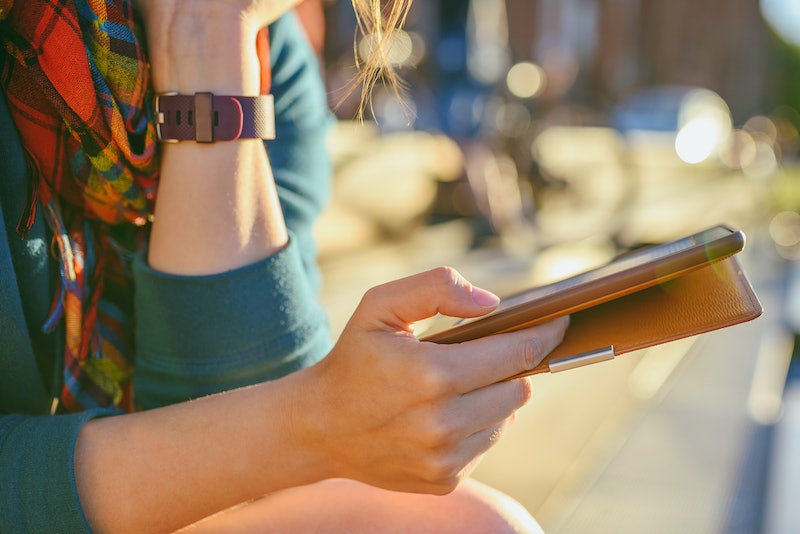 Even if your Instagram is set to Public, there's still a level of privacy you probably want when it comes to your account and posts. The thought of just anyone with a browser being able to go through your pictures isn't exactly comforting, and fortunately, Instagram doesn't want that either. Thanks to Instagram's new "Log In to Continue" pop-up, you can't endlessly scroll through posts if you don't actually have an account.

Facebook confirmed the update in a statement to Bustle, saying, "Now if you're not logged into Instagram, you can only see a certain amount of posts on public profiles before being asked to log in." The platform says this new limitation also bolsters the idea of an Instagram community and encourages people to join for a better experience. "This is to help people see photos on Instagram and then understand how to get the best Instagram experience by being part of the community, connecting and interacting with the people and things they love," the statement from a Facebook spokesperson read.

It's unclear when the update first took hold, but it's been around for the past few weeks according to Mashable. Before the change happened, it was very easy for anyone without an Instagram account to anonymously view Stories or look through public accounts without accidentally "liking" a post. Using Instagram.com on any browser would grant them this access.

Following this update, however, anyone using the Instagram browser to view accounts without signing in will be prompted to log in after the first few rows of photos. And once the login pop-up shows up on your screen, you can't maneuver out of it. You're forced to either log in, create an account, or exit out of Instagram altogether. The move could either encourage more people to sign up for Instagram or stop people from using the site.

This isn't Instagram's first update that's targeted the curious (and potentially nosy) and made it harder for them to creep on others. Just recently, along with a spew of other updates, the social media platform removed its "Following Activity" tab that allowed viewers to see what posts and accounts their friends were liking and following. According to BuzzFeed News, Instagram's head of product, Victor Shah, said that the app removed the "Following Activity" tab to retain simplicity. On top of that, some people didn't know their activity was being showcased in the tab for others to see.

Since Instagram announced it hit 1 billion monthly users back in June of 2018, as reported by Tech Crunch, new updates have continued to roll out. And before that, the introduction of Instagram Stories in August 2017 helped it compete with a whole new array of social media platforms. In fact, by June of 2018, Stories alone hit double the amount of users than SnapChat, according to Business Insider. And now, more than 500 million Instagram accounts use the feature daily.

From Stories to anti-creeping features, Instagram is keeping users on their toes. So if you haven't joined the platform yet but want to keep scrolling, you'll have to create an account.