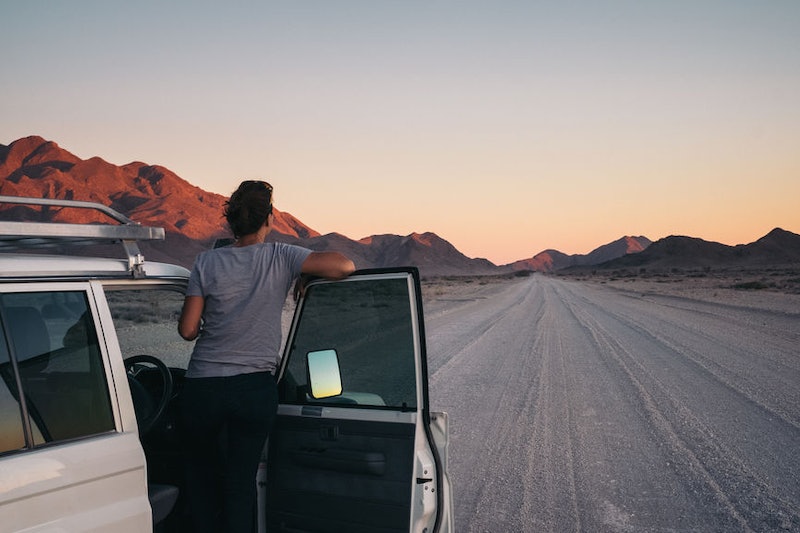 I have yet to pluck up the courage to go on holiday by myself, but damn is it something that I want to do ASAP. Yeah, it's a pretty daunting prospect, but imagine being able to plan a vacation where you have complete control — the possibilities are endless. And, as research from travel site Culture Trip suggests, there are plenty of other women who are thinking the same thing as me, because interest in solo female travel is reportedly bigger than ever.

According to a recent survey from Culture Trip, women are more likely to travel on their own than ever before. The travel startup calls these women SOWAs (Solo Women Adventurers), and they note a 131 percent increase of interest in women wanting to experience what the world has to offer by themselves.

After surveying 10,500 respondents across the UK and the U.S. to garner more insight into travel habits, Culture Trip found that, while the percentage of women who have travelled on their own in the past five years is relatively small (14 per cent), one in three (34 per cent) are now interested in doing it in the future.

Unsurprisingly, the 18-24 age group had the highest levels of interest in travelling alone, with 41 percent saying they wanted to give it a go. You often come to a identity crossroads when you hit your late teens/early twenties, and it's more than likely that travelling to the far corners of the world to explore new cultures and experiences sounds very appealing at that time.

The research shows that 93 percent of women who have recently travelled alone wanted to "educate themselves and learn new things," while 74 percent are interested in exploring "different worldviews, beliefs, and cultures."

And Culture Trip also has some insights into the type of experience female travellers are interested. In the statement sent to Bustle, the travel site states: "Solo female adventurers are ... keen on venturing to places of natural beauty (82 percent), going on inner-city breaks (81 percent), seeing historical landmarks (78 percent), while a lesser 71 percent say they would opt for a beach or resort trip."

However, the prospect of travelling alone will undoubtedly cause concern for some women in regards to safety. While it's advisable to take precautions when it comes to these kind of experiences, try not to let your fears to hold you back. As long as you do some thorough research before you head out and stay switched on, there's no reason why you can't have a fantastic solo trip. And, by the looks of it, the majority of people surveyed feel the same way. While 67 percent told Culture Trip that safety and security are important, 72 said they are keen to take risks and try new adventures.

Finally, the top three places that the survey's respondents wanted to visit were Seoul, Los Angeles, and Hong Kong — all of which I am 100 percent here for.

It's time to start saving, because 2019 could be the year we all take the plunge and set out see the world in the company of our fabulous selves.