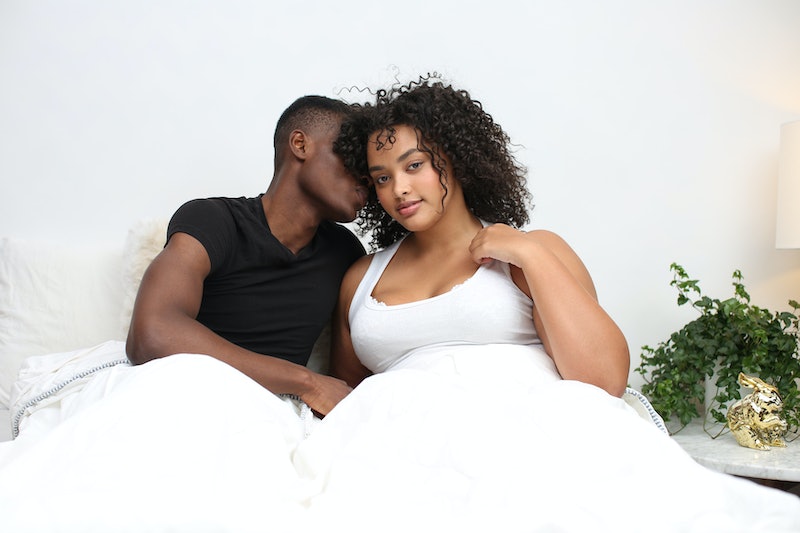 “By reducing the regulatory burden for approval, the FDA intends to encourage more manufacturers to bring single-use internal condoms to market in the United States,” the FDA writes.

Increased access is the main goal of this change, advocates say. Because the regulatory barriers are so high and so expensive, we haven’t seen much innovation in internal condoms in the United States market. That lack of variety — in addition to other factors, including cost — has contributed to the unpopularity of internal condoms in the United States.

“That’s the thing we’re most excited: the opportunity to bring more of these types of products to the U.S. and have FDA approval to put them on the shelves,” Sara Semelka, the AIDS Foundation of Chicago Prevention Technology education manager, which was one of the groups advocating for the change, tells Bustle. “That’s our hope and that’s what we’ll be working toward.”

By changing the name of single-use female condoms to single-use internal condoms, the FDA is acknowledging the fact that internal condoms can be a great option for people of all genders — and not just in vaginas. It’s a great move that better reflects the actual use-case of this health care product and will hopefully make more people who aren’t women or don’t have vaginas open to the possibility of using them.

The reclassification is also important because internal condoms are the only barrier method of protection controlled by the receptive partner. By classifying it as a more regulated item than external condoms, the FDA was impeding access to a device that women and other receptive partners (read: people having anal and vaginal sex) have direct control over. By changing the classification, they’ll hopefully not only open the doors to more manufacturers but will also definitely increase the number of non-hormonal options that women and other people with uteruses have for birth control. And more options for birth control and STI protection is always a good thing.

More like this
This Company Will Send STI Tests Right To Your Door
By Lexi Inks
Do I Have To Tell My Crush That I Slept With Her Ex?
By Sophia Benoit
I Tried Sex Magick To Tap Into My Inner Sensuality
By Brittany Beringer
Are Capricorn & Aquarius Compatible In A Relationship? Astrologers Weigh In
By Kristine Fellizar
Get Even More From Bustle — Sign Up For The Newsletter