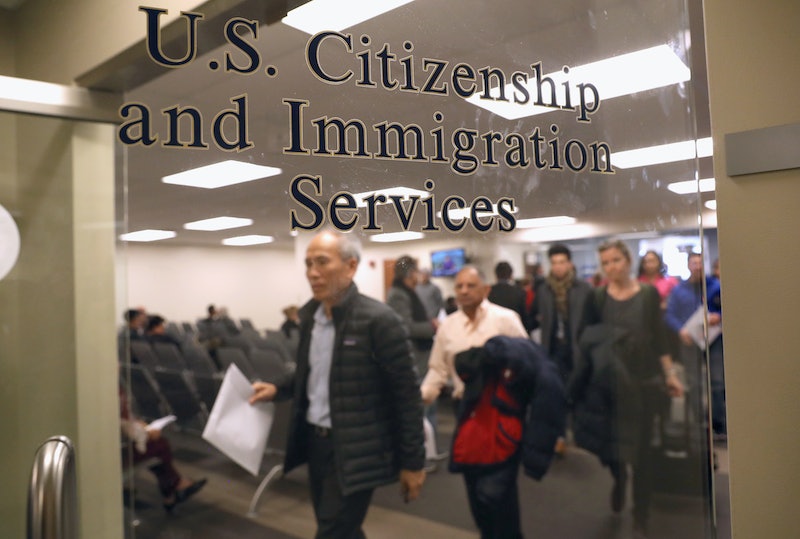 As the Washington Post reported, L. Francis Cissna, the agency's director, said in an email to agency staffers on Tuesday that he plans to transfer the tasks currently performed by international immigration offices abroad to offices in the United States and to State Department consulates and embassies abroad. Cissna said that he wants to make this move in order to reduce agency expenditures. The Washington Post said that Cissna wrote in his email:

I believe by doing so [closing the international division], we will better leverage our funds to address backlogs in the United States while also leveraging existing Department of State resources at post ... Change can be difficult and can cause consternation. I want to assure you we will work to make this as smooth a transition as possible for each of our USCIS staff while also ensuring that those utilizing our services may continue to do so and our agency operations continue undisrupted.

Some immigration experts expressed concern that the potential closure of international immigration offices could hamper people's ability to legally immigrate to the United States. “This is another instance of the Trump administration halting legal immigration by denying people the opportunity to file for immigration benefits in the most expedient manner,” Margaret Stock, a retired United States Army lieutenant colonel and an immigration attorney, told the New York Times.

Mark Hetfield, the president of HIAS, a refugee assistance organization, shared similar sentiments with Reuters. As Hetfield told the outlet:

They [the Trump administration] are doing an across-the-board effort to dismantle the capacity of this country to process refugees and immigrants legally ... It is not consistent with what President Trump said in the State of the Union (address), which is that he wants immigrants to come here, that he wants them to come here legally ... This is another example of the administration pulling up the drawbridge [to the United States].

However, USCIS spokesperson Jessica Collins told Reuters that the agency plans to "to ensure no interruption in the provision of immigration services to affected applicants and petitioners" if it does indeed move forward with the closure of the international division. Reuters noted that Collins characterized the decision about closing international U.S. immigration offices as something that is in the "preliminary discussions" phase.

It remains to be seen whether USCIS will move forward with the closure of all of its international offices — and how the transition will unfold should the agency choose to make this shift. It's certainly apparent that many immigration advocates and experts are concerned about the prospect of this closure.